Canon Australia has announced the March availability of the EOS R5 C, a cine hybrid version of the R5 that’s capable of unlimited 8K/60p thanks to an internal fan, with an RRP of $7499. 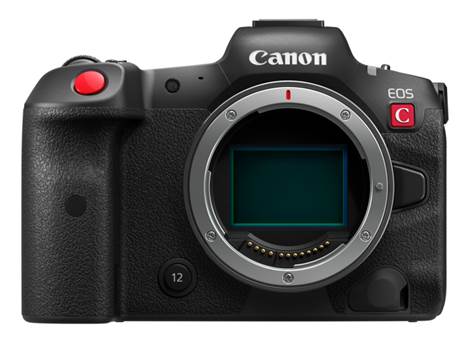 The EOS R5 C is described as a ‘hybrid cinema camera’ that matches many of the R5’s top specs and includes additional video features. When the EOS R5 was released the camera’s 8K video overheating issues emerged as a big caveat, with the camera unable to record more than 20 minutes of footage. This came after a long and brilliant marketing campaign, and with the R5 hyped as a tool that could ‘shoot comfortably on high-end production sets’, some cinematographer reviewers took issue with the claims of grandiose when it lacked a cooling fan.

All credit to Canon, which appears to have listened to feedback and designed the R5 C, a proper ‘cine version’ of the R5 with an internal fan to cure the overheating issue.

The fan, which makes the R5 C only 42 grams heavier at 770 grams, can be switched between always-on and auto. One notable omission from the R5 C is IBIS, however Canon states this is remedied by ‘working in combination with the Optical IS in compatible lenses, the camera features electronic image stabilisation with coordinated control that mitigates the effects of shaking when shooting hand-held, for smooth footage and sharp imagery’.

A notable difference, and what makes the camera truly ‘hybrid’ is having a dedicated video and stills mode. Video has the Canon Cinema EOS interface, while stills is the standard R interface.

Other notable differences include 12-bit Cinema RAW light at up to 8K 60p, which includes three compression quality levels: HQ, Std and LT.