Snapshot Photos: A lease of life

Snapshot Photos in Gisborne, Victoria has a new lessee and a new lease of life with the entry to the photo specialist retailing ranks of another fresh face, Lisa Unsworth. 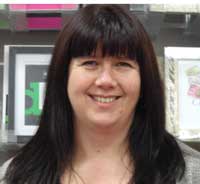 Gisborne is a country town within commuting distance of Melbourne, with a busy shopping centre but no Harvey Norman or BigW competition within 25 kilometres. Snapshot Photos has a prime position near one of the two entrances to the smallish shopping mall, but until Lisa moved in last December it was a tired-looking shop which hadn’t changed a lot in a long time.

She has initially focussed on improving the interior and window displays in the store and says the people are slowly getting to know things have changed for the better.

‘Business is probably a bit better that what I thought it would be at this stage,’ said Lisa.

Promotion has been largely word of mouth and via the Snapshot Photos Facebook page thus far. As a long-time resident of the region, Lisa has a solid network of local contacts. She explained that she ‘wanted to make sure we were comfortable that we could manage what we were doing’ before embarking on anything more ambitious in the way of advertising and promotion. 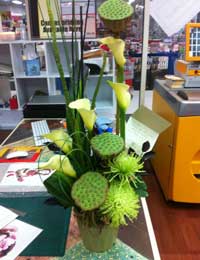 One initiative she has made is to introduce a ‘Photographer of the Month’ program, with images forming part of her window display. She actually sells prints of the displayed images, and recently featured a local 16-year old photographer.

Besides a major makeover of the store layout and look, Lisa has acquired an HP 24-inch printer and gallery wraps her own canvas prints – a service Snapshot Photos didn’t offer previously.

She comes to photo retailing with a background in IT and book-keeping and a love of scrapbooking, and now stocks a small line of ‘simplified’ craft/scrapbooking products from a company callled Project Life: It’s explained like this on the Project Life website: ‘The idea is simple: Photos + memorabilia + journaling together in an album – everything slips into pockets. No requirement to cut or glue or embellish a thing. And yet – the results are stunning. Project Life is back-to-basics scrapbooking at its finest.’

-‘So we’ve brought that side in as well,’ explains Lisa. I’m more from the craft side than the photo side.’

She has also expanded the albums and frames range, which was a pretty meagre offering previously.

‘People knew they couldn’t get everything here,’ she said – so they tended to go elsewhere rather than hope to find what they were looking for from a limited range.

Lisa doesn’t sell much in the way of cameras at the moment, and has a fairly limited accessory range, but is considering stocking small photo printers – Canon Selphys, for instance – and media for them.

She doesn’t see printing photos as something which will die out with Baby Boomers – and from her background as a scrapbooker, she knows hard copy is alive and well.

‘I can tell you there are hundreds of women out there printing their photos,’ she said.

The result of the changes Lisa has made is that people are coming back, and she notes particularly that ‘kids are coming back in’, attracted in part by the ability to print images from their phones.

Snapshot Photos runs a couple of Kodak kiosks with Kodak dye sub printers at the moment – equipment which came with the store.

‘People love it because it’s instant,’ she said, adding that she is just beginning to contemplate an upgrade of the kiosk and printers she is using, but hasn’t come to any decision on what system she might move to.

‘At the moment we can’t do photo books or cards, but where will we go? I don’t know yet.’

One thing she does know is that she is enjoying running her new business.

‘I love it – absolutely love it,’ she says of her change of career. ‘I think I’ve definitely got a business here,’ she said adding that she would like to think she could be running the new business until she heads into retirement.