‘Toy’ printer could be hot seller

CR Kennedy has been appointed local distributor into the photo channel for the ridiculously simple KiiPix instant printer from toy specialist Tomy. 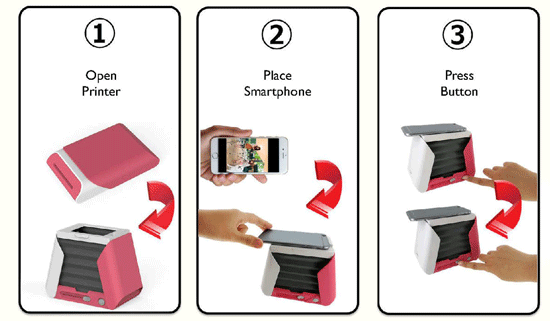 KiiPix creates ‘vintage-inspired’ instant prints (using Fujifilm Instax technology) direct from a mobile phone, and by extension, digital camera screen. It doesn’t use batteries or a power outlet and it doesn’t even require an app.

‘With smartphone usage starting as early as the pre-teen years, and today’s core consumers having grown up with phones in hand, capturing everyday moments has never been more prevalent. However, as convenient as it is to snap a pic and share it socially in today’s digital age, the art of exchanging physical photos with friends and family or displaying print images has been all but abandoned,’ said Peter Henseler, president of Tomy International.

Tomy claims that consumers around the world have continually identified new uses for KiiPix, ranging from printing photos of their favorite anime characters and celebrities, to capturing special moments at birthday parties, weddings and other family get-togethers.

Under the brand ‘Printoss’, it has been a big seller for Tomy in Japan since late 2017.

‘When this technology debuted in Japan in 2017, it sold out as soon as it arrived at retail and online outlets. While there continues to be a struggle to keep up with the demand we currently have and are expecting with the expansion of KiiPix into 12 additional countries, Tomy has plans in the works to satisfy the requests from retailers and consumers alike,’ explained Henseler.