This year, the 80th anniversary of CR Kennedy & Company, has seen the business in one of the most dynamic stages of its illustrious history.

CR Kennedy was founded by Clement Robertson Kennedy in 1934 as an importer of photographic and optical products. In 1954, CR Kennedy became the world’s first distributor for Asahi Pentax, and by maintaining that relationship to the present day, is now also the longest-established. One of the characteristics of CR Kennedy & Company is the value it places in long-standing business relationships – with clients, retail customers, suppliers and employees alike.

Current chairman and managing director, Malcolm Kennedy, took over the reigns following the death of his father Clement in 1975, at the age of just 23.

Over the years, according to former Ted’s Cameras managing director, Richard Roberston (an industry legend himself), Malcolm Kennedy ‘changed the Australian photographic industry’.

CR Kennedy is not only the longest-established independent, Australian-owned distributor of photographic and optical products in Australia, but by any number of measures it is also the largest, from breadth of operations, to number of employees, to brands represented.

It’s the ‘and optical’ part of the company’s activities which puts the issue beyond argument, as CR Kennedy is not only the largest Australian-owned photographics distributor, it’s also a major player in optical products for the surveying, medical and surveillance industries. Through these non-photographic business units it operates in 20 countries in the Asia Pacific region.

‘We moved from being a small company importing mainly photographic products to specialist optical instruments across multiple industries,’ explained Malcolm Kennedy. So although surveying and surveillance, health and photographics may seem unconnected, in the the CR Kennedy portfolio the common denominator is optics.

CR Kennedy entered the surveying market in 1969, and is now to that industry what it also is to photographics – a dominant presence. It’s the largest national importer and distributor of surveying equipment in Australia, and since 2001 the exclusive distributor for Swiss-based Leica Geosystems. As such, it’s also a key player in the road-building, construction, mining and agriculture industries in Australia and parts of the Asia Pacific region.

There are 30 qualified surveyors on the staff, including a couple with doctorates!

In the medical industry it is a leading distributor of critical tools such as endoscopes and imaging systems from X-ray through to ultrasound. Brands represented include Fujifilm (also celebrating its 80th anniversary  this year), Sony and a host of others. (It’s interesting to note the leading brands we are familiar with in photographics that CR Kennedy represents in their other optical businesses.)

It’s also a major participant both in Australia and through Asia in the implementation of sophisticated CCTV systems for businesses such as large casinos.

But more familiar to most readers is CR Kennedy’s role in the photographic industry, where it represents over 30 leading brands including Pentax and Hasselblad cameras, Sigma, Zeiss and Tokina lenses, SanDisk and EyeFi memory products, Metz and Bowens flash equipment, Tamrac and Vanguard camera bags, and Slik tripods. 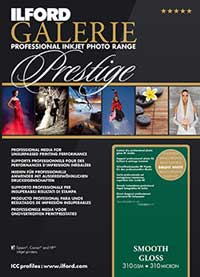 Earlier this year CR Kennedy partnered with Chugai Photo Chemical Japan to acquire the Ilford Gallerie, Prestige, and Omnijet trade marks and recommence manufacture of these premium inkjet products. In doing so it expanded from the role of leading distributor in Australia and New Zealand to custodian of one of photographic world’s most venerable brands. Not a bad way for a family-owned Melbourne business to mark its 80th year!

Malcolm Kennedy’s eldest son Clem Kennedy, in addition to his directors’ role at CRK, is joint managing director of the new entity, ‘Ilford Imaging Europe’. Eldest son Robert Kennedy is  director in charge of the Survey business, and twin sons Douglas and Stuart also hold executive roles in the company.’

As the company grew it moved to larger and larger premises – from Flinders Lane in Melbourne to Brunswick, then to Chapel St South Yarra, and finally, in 2012, to the current 2.6 hectare property at 300 Lorimer St, Port Melbourne. Here is has a modern 7000 square metre warehouse and an airy 5000 square metres of office space – there is ample room for further growth.

‘It was one of the most difficult transactions in my career,’ Malcolm Kennedy noted at the official opening of the new headquarters. ‘Nevertheless it is done and we are here.’

CR Kennedy has recently started work on development of 10 new office-warehouses on the Port Melbourne property – another dynamic move to mark 80 years.

There are CR Kennedy branch offices and warehouses in Adelaide, Brisbane, Cairns, Perth and Sydney. CR Kennedy (NZ) Ltd is based in Auckland and offers full representation throughout New Zealand.