So, what is happening at PMA? 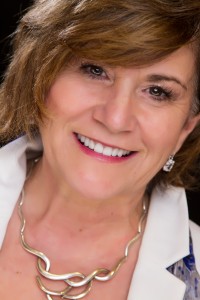 Certainly not ‘business as usual’! The new administration of Gabrielle Mullinax as president and Georgia McCabe  as CEO (pictured right) are, it appears (admittedly from a desk many thousands of kilometres away) embarking on a radical transformation of an organisation which in recent years has had difficulty remaining relevant to its membership.

Like many of its members PMA has, over the last decade, had to fight for survival. Photo stores have struggled to maintain a strong customer base (let alone decent margins). And with photo stores closing their doors in significant numbers around the world, PMA has had to fight to maintain a critical mass of members and a solid financial base.

The annual PMA show, held annually in one or other of the US convention cities, no longer generates the revenue stream it once did because frankly, it doesn’t hold the relevance and value it once had to retailers or suppliers. This has deprived PMA of both a core reason to exist and the resources to sink into other member services more relevant in the 21st century.

A death spiral?
It has sought to generate new revenue via events like The Big Photo Show series of consumer-focussed photographic equipment exhibitions. But if it wasn’t for the imperative to turn a buck to survive, is this really what PMA would identify as the best way to help members? It’s hard to hit two nails on the head simultaneously with the one hammer.

Likewise the Educational Expos held last year by PMA Australia. They have from all accounts been a commercial and ‘box office’ success. Superbly organised by Peter Rose and Barbara Bryan. But are a few one-day events attracting a few hundred enthusiasts in one city or town really going to make a major difference to the entirely of the membership? And if they suck up most of the available executive time to organise – and that’s exactly what events do – what can PMA actually give to members to justify its existence?

In my opinion, if the association continued in this direction (unless events suddenly proved fabulously lucrative and generated funds to spend more usefully on member services) it was heading into a vortex, a death spiral both at head office and locally.

Profound change
One of the first decisions Georgia McCabe and the new PMA Board has made has been to dramatically reduce in-house staffing levels and outsource day-to-day activity to a professional trade association consultancy, WeareCoulter.

This is a profound, generational change of direction. Yet oddly, although it has its own news website and puts out daily news bulletins, there has been no press release to herald the move to the world. PMA did write to members this week flagging the change: ‘With experts in such critical areas as brand management, graphic design, product and program development, credentialing, fundraising, marketing, operations, finance, and IT, the Coulter team is eager to help us strategise and implement the new PMA,’ wrote PMA’s communications manager, Jennifer Kruger.

A little more detail, a little more of the rationale behind the move, perhaps an acknowledgement that there have been casualties in terms of long-serving in-house staff would (once again, in my opinion), have demonstrated a new willingness by PMA to treat its members as grown-ups. But old habits die hard.

But while there appears to have been something of a communications hiatus through the transition period, appearances can be deceptive. Georgia McCabe has been speaking almost continuously with key PMA members and other photo industry people around the world over the past few weeks like no other PMA CEO before her, seeking counsel, advice and support. This in itself is a refreshing change of direction.

The question engaged PMA members here and overseas will be asking themselves is, ‘what’s going to happen next?’

Paying close attention to a 30-minute interview with Georgia McCabe on a PMA Podcast a couple of weeks back gives a good indication of what are likely to be the priorities of this ‘new PMA.’

The new direction
First, she elaborated on the rationale for the move to the Coulter organisation, which is a niche specialist member services supplier to non-profit associations. She explained that it was better staffed than PMA could ever be, was an expert event organiser, already running 25 events per year (which, by the way, also delivers far superior buying power when it comes to booking venues, etc) but also had lobbyists on staff for representing the industry to government, and had its finger on the pulse when it came to ‘the latest and greatest things that can be delivered to members’.

But above all, she said,the move ‘frees [me] up to think strategically’.

She acknowledged the international nature of PMA. ‘What Gabby [Mullinax] and I are realising is that it is an international opportunity. We are an international organisation. And the way things are done her are not necessarily the same as in Europe or Australia or other parts of the world.’

She also expressed an interest in bringing the disparate parts of the photographic industry closer together, to ‘create relationships between various constituents, such as for instance professional photographers and retailers.

‘There is an opportunity for people to work together for the common good,’ she said.

And in a statement I have heard local PMA members make over the years she said: ‘Let’s not forget it’s the Photo Marketing Association.’ She talked extensively about ‘Millennials’ and about how the industry needs to learn ‘how they want to be marketed to differently’ and about how radically different the perspective of someone who was born after 1980 is to older generations.

And having written a couple of books on the subject, she knows of what she speaks.

‘You will see an awful lot of this marketing information coming from PMA,’ she said.

She spoke of the plethora of industry conferences and events being held these days (more often than not featuring the same speakers!), and how they were a challenge for both attendees and suppliers in terms of cost and time, and expressed a hope that the various associations – with which the industry is more than amply endowed – could be more collaborative, less competitive.

But the big thing, the take away message, was about bringing people back to the photographic print.

‘Today photography has never been easier and more exciting for the consumer…At the same time if we as an industry don’t figure out a way to help them understand that if there memories are not saved…the most photographed generation in history will have no pictures in 10 years….

‘There are kids today who have never even held a print in their hands.’

A phone can fall in the toilet or be lost, or the pictures left on one phone when the next one is bought, or a hard drive can fail. The latest Mac Pro’s doesn’t even have CD or DVD drives to archive images to, she noted.

‘There is one thing that has maintained consistency for 100s of years and that’s something you hold in your hand or put on the wall or even stick in a shoe box.

‘I’m not saying that everyone should print everything, but gosh I dread the day my granddaughter – they have 200 pictures of her and she is only two years old, and they are on the cloud…

‘I said to my son “what would happen if that just blew up”….

‘These moments are precious. If someone doesn’t take the lead, and others get together and support that, photography as we’ve known it, memories we have savoured, are going to be gone. They are going to be in the digital landfill in the sky.’

– So that’s what’s happening at PMA. I for one like the sound of it. Let’s see what happens.