The Rise and Fall of PMAI

To mark the demise of PMA, Don Franz, respected photo industry publisher and market analyst, provides a comprehensive history of US-based imaging industry associations – with the venerable Photo Marketing association front and centre until quite recently… 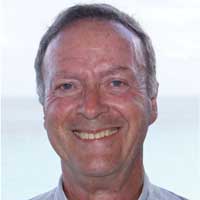 It is sad to witness the end of the Photo Marketing Association, and interesting to look back through the history of photo associations in the USA, in several of which Photo Imaging News (Don Franz’ international industry website and newsletter) participated.

At its inception in 1924, PMAI was called Photo Finishers Association of America – a group of 273 members started in Iowa by competitors Paul Burgess and TR Philips. The purpose of the group, then, was to promote the growth of the industry. In the 1940s, the group expanded to include photographic dealers by merging with the National Photographic Dealers Association (founded in 1933), and changed its name to the Master Photo Dealers and Finishers’ Association (MPDFA). The focus was primarily on the consumer end of the business.

In 1974, MPDFA changed its name to Photo Marketing Association International to reflect the importance of marketing photofinishing and retailing services. In the professional segment, there was an association formed to represent suppliers in discussions with the Professional Photographers of America (PPA) and affiliated pro photography groups. The Studio Suppliers Association (SSA) was founded in the late 1930s to represent the three primary supplier groups at that time, namely albums, mounts and frames. Many of these members were also members of MPDFA.

However, by the early 1970s, another group was emerging as a powerful force in the professional industry – professional labs. Members of this group joined SSA, but were not given the representation they deserved and decided to form a separate organisation. Since prolabs were also members of MPDFA, they asked Roy Pung to be their executive director and the Association of Professional Color Labs (APCL) was born. The APCL held its conventions separately from the PMA, changing its name later to the Association of Professional Color Imagers (APCI).

Another professional group that eventually asked for PMA management was the Professional School Photographers of America (PSPA), which had been founded in the 1920s. PSPA started holding its annual conference immediately prior to the PMA Convention and had its own monthly newsletter – The School Photographer. Like the APCI, it was operated as a separate organisation by PMA management.

The Sports Photographers Association of America (SPAA) also joined the PMA umbrella, and PMA was producing monthly newsletters for these various groups in addition to its monthly Photo Marketing magazine.

Trade shows generate revenue
The primary source of income for the PMA was its trade show. This continued to grow through the 1990s, as more attendees were drawn by the different groups, each holding affiliated conferences around the Convention, with the result that the potential venues which could accommodate it shrunk in numbers. So a smaller Fall Show was developed that could be located in different parts of the country.

And the PMA expanded overseas. The Association of Photographic Laboratories (APL) in the UK staged a large biennial tradeshow every non-photokina year, becoming the second largest European photo trade show. As PMA UK grew by serving dealers and minilabs, the APL added a conference (organised by Photofinishing News) to its trade show. However, as income from this show declined, the APL financial situation deteriorated and the PMA acquired that association, continuing the trade show with PMA educational sessions.

Eventually, this was discontinued. PMA, by providing representation to ‘independent’ photo dealers, expanded rapidly in Germany, Italy, France and Australia, holding local meetings in addition to having multi-language simultaneous translations at many of the educational sessions during the ‘International Convention’ in the US.

It purchased a building in Jackson, MI to house the blossoming staff.

For photofinishers, PMAI provided marketing ideas and a forum for exchanging ideas with the retailers who represented their link to consumers. However, it did not provide the forum for formal technical exchanges and discussions. This was available through the Society of Photo Scientists and Engineers (SPSE), since renamed the Society of Imaging Science and Technology (IS&T), as well as the Society of Photofinishing Engineers
(SPFE).

As the camera formats began to change every 10 years – remember the Advanced Photo System (APS) – and the minilab arrived, there was an unmet need to discuss emerging technology. Every two years, a photofinishing conference was organised through the SPSE, which was held just prior to the annual PMA Convention in the spring. This still continues, and it became an annual conference integrated into the PMA convention educational program as the International Symposium on Technologies in Digital Photo Fulfillment (TDPF). With the demise of the PMA Convention it is being held in Manchester UK in September this year.

At the same time, there were two other associations which enabled very detailed business discussions among photofinishers and retailers. The Buck Rogers Group was formed in 1923 by a small group of photo industry leaders. The group evolved, but membership was by invitation only, limited to Kodak customers. As other film and paper manufacturers gained market share in the US, the National Photofinishers Group, which had been
founded in 1963 by a leading group of wholesale photofinishers expanded their membership – by invitation only – to include large and small photofinishers and minilab/camera store operations. This group was strongly supported by Agfa-Gevaert.

Many photofinishers were members of both groups, and these organisations were
merged to form the Buck Rogers National Photofinishers Group.

In the early 1980s a new group of photofinishers began proliferating: minilabs. However, the PMA, with its strong large photofinisher orientation, while welcoming these new retailers, provided no educational sessions or support for them. Consequently, the for-profit International Minilab Association (IMA) was born, with the participation of Photofinishing News. IMA had its own monthly magazine, competing with Photo Marketing, the PMA monthly, for advertisers. However, as the number of minilabs grew rapidly towards 10,000, the PMA began accommodating the needs of this group and the IMA eventually disappeared.

It held an annual meeting and also operated a statistical program that gathered regional sales information for photographic papers from its paper manufacturing members (the data
was only available to contributing members). With the arrival of digital capture and processing, this organiation changed management, becoming affiliated with a separate Digital Imaging Group and ultimately changing its name to the International Imaging Industry Association (I3A).

In 2006, ‘PMA – The Worldwide Community of Imaging Associations’ was adopted to reflect the diversity of its membership, which then included a range of memory-making entrepreneurs: school photographers, prolabs, custom frame shops (PPFA), scrapbook retailers, and sports and event photographers. The Photo Marketing magazine attempted to provide interesting stories for each of these groups. PMA even had discussions with the Photokina organizers about collaboration, but expected more than the Photokina team was willing to provide.

But the need for technical information among commercial prolabs remained. The Digital Printing and Imaging (DPI) association was founded and staged its own conferences. However, as it grew, the volunteer management realised a professional team was necessary. After reviewing numerous options, it chose the Screen Graphics
Imaging Association (SGIA), now called Specialty Graphics Imaging Association.

HP made significant inroads into the digital printing business with its Indigo systems. 11 years ago, some Indigo users decided to form an association to enable them to exchange ideas, etc. The Digital Solutions Cooperative (Dscoop) was born. Today, there are close to 7000 members worldwide, major conventions are held in the US, Europe and
Asia every year, and smaller meetings are being held in different countries, like Brazil, Germany, France and the UK. Attending these meetings reminds us of the early APCL days, when prolabs willingly shared marketing ideas, equipment issues, etc.

Other organisations also flourished. The Independent Photo Imagers (IPI), which began primarily as a buying group for independent photo retailers, merged with another buying group, and successfully expanded overseas, mainly in Australia, as it evolved as well into a marketing and educational association for independent business owners, with members having over 800 outlets, predominantly labs and minilabs.

Digital cameras brought an unimaginable increase in the number of images being captured. But the number of prints being made was falling alarmingly. During Photokina 2010, a senior Kodak executive approached Photofinishing News to help form an alliance that would promote photo printing to the general public. The Innovations In Photo Imaging alliance was formed later that year with funding from major manufacturers and
also PMA and IPI. This group laid the groundwork for the industry promotion that was unveiled by CEA, PMDA and IIPI last year.

As the Consumer Electronics Show, held in early January, expanded with exhibitors making smartphones, tablets, computers and other picture-taking capable equipment, along with digital printers for outputting these images, the top buyers at major retailers visited that show, and stopped attending PMA. So photo equipment manufacturers increased their presence there also. The PMDA held its annual awards dinner at CES, which brought 170,000 visitors. Key photo industry executives joined CEA committees, and were also active in PMDA (founded in 1939). And we often heard from exhibitors that PMA show booth prices were substantially higher than those at other shows mentioned in this article.

Revenue fell. The staff and services were reduced. The Jackson HQ was sold. Ironically, visionaries from IPI began to fill senior executive positions at PMA. PMA staged consumer photo shows, which attracted 20,000 consumers and rave reviews from several exhibitors. Then in 2015, it brought in Georgia McCabe as CEO and move the HQ to Virginia. She, with PMA president Gabrielle Mullinax, stirred up the industry and organised
the very interesting InnovationNow Summit. But it was too late.

Since the ‘merger’ with PMDA has been announced, we have read many comments from industry members.

PMDA does operate a website for consumers. Hopefully, photo industry members will find the new Alliance provides the support that they need.
– Don Franz (Feature originally published in the June edition of the International Photo Imaging News newsletter.)