Thoughts on a trade association…

It was back in March that PMA asked me (and presumably others in Australia) to contribute answers to the following questions: ‘What do you perceive as the most important things PMA can provide to our members in Australia? What do they need? How can we help them best? What the best way for us to communicate with our PMA Australia members?’ 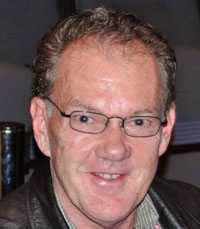 So I spent a half-day or so putting together a two-page list of suggestions.(Okay – I’m a slow thinker!) I don’t know if anything in it was considered, or how broadly it was shared…

Given the lack of any open discussion over the past months of what, if anything, might replace PMA Australia as we knew it, I have decided to share a slightly edited version with the PhotoCounter readership. Run it up the flagpole, so to speak. Get a conversation started.

I have made one critical change. Where the original document referred to ‘PMA Australia’, in this version, I’ve replaced that with ‘The Association’. Not trying to be mischievous, but as John Swainston noted in a recent PhotoCounter article: While we in Australia might like it otherwise, if a new PMA is to arise, it will have to look after its own back garden first in the US. So what we need to do in Australia is define and implement a plan within the limits of our own resources, and do so making sure we are relevant to a new list of retailer’s needs.

– Whether it’s called PMA Australia or something else isn’t as important, in my opinion, as whether what it aims to do attracts a bloomin’ membership!

Paul Atkins, who was/is the last chairperson of PMA Australia (it has been legally wound up), has a ‘Big Association’ vision for the new PMA Australia – to attract ‘a wider membership, from small retailers to the big manufacturers’ – and everyone in between. That’s certainly one direction to pursue. But personally, I can’t see any reason for a wider membership to actually join such an association. While (like the United Nations), a noble concept, it just doesn’t pass the Bill McCurry ‘What’s In It For Me?’ test.

I do, however, see a reason for specialist retailers plus the suppliers who count on the specialist channel for their own survival and success to get together. It’s called ‘self-interest’, and it’s the most compelling reason there is. So that vitally-connected group of suppliers would be, say, the paper and chem suppliers, the printing equipment suppliers, all the accessory specialists, memory card companies, high-end  frames and albums people,  the camera companies which nurture the specialist channel. These supplier members would be asked to pay a considerably larger annual membership fee than retailer members, but not prohibitively so. 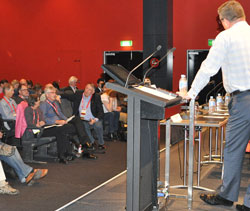 Below, you won’t be able to help but notice that I have suggested using  Photocounter.com.au as a conduit to Association members. This will seem self-serving, but realistically, PhotoCounter already has the attention of most of the Australian and a good portion of the New Zealand photo industry. Why wouldn’t an industry association make use of that existing bond and infrastructure?

You will also notice I have suggested bring in a professional organiser to run one or two modest trade exhibition-type events on an annual basis. The organiser I have in mind is Barbara Bryan. She is experienced in putting these kind of things together, has the contacts, has the passion, knows how to make a small budget work – and since being unceremoniously ditched by PMA, she also has the time!

And I have suggested a cross-Tasman organisation. I’ve done this without any consultation or discussion with New Zealand retailers, who may well see the idea as brash and impertinent. No offence meant – it would simply give an association critical mass in a retail industry which has shrunk considerably over the past 5 – 10 years. I’m not the only Australian suggesting the notion of an amalgamated group. It’s about time for a reality check from our New Zealand colleagues. 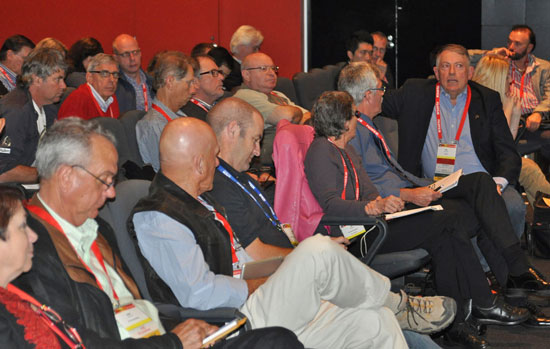 So here are some ideas:
1. Ask potential members: One persistent criticism of PMA which can also be levelled at the 2015 version is that it is not at all democratic or inclusive, but very top down. So start with a survey/questionnaire of potential members – seeking a prioritisation of wants and needs and offering a range of options – but none that can’t afford to be delivered. There are off-the-shelf survey software ‘plug-ins’ to do this inexpensively.

NOTE: In a Readers Poll last year on what readers wanted from an industry association, by far the largest vote was for: ‘Promoting Photography and Printing’, followed by ‘Retailer education/conferences/marketing support’, with ‘Trade Exhibitions’, then ‘Equipment Shows for Consumers’, and ‘Government Lobbying, Representation’ garnering a few votes. Bottom of the list was ‘Websites and Newsletters’.

2. Structure: Members from Australian and New Zealand photo trade. Maintain a regionally-based board structure. Consider greater role for a national chairperson to fulfill some of the functions of former PMA executive director and staff – eg, liaison with affiliate groups, informal ad hoc contact with members, state chairpersons; industry representations. A small allowance may be necessary to defray whatever communications, travel costs are involved. Perhaps a role for a recently-retired but still engaged photo industry person?

3. Member Communications: The pmaastralia.com.au site, while well-designed was static and not very useful for members. Updating site with new information quickly and easily was problematic. Fortnightly local PMA newsletter out to members appeared to be well-received, but now probably beyond budget. It also duplicated to some extent the industry news in main trade news website for Australia and New Zealand, Photocounter.com.au. (Inbox clutter.)

The most ‘comment-worthy’ stories also posted to Association Facebook site.

4. Forums: Consider creation of member-only Forums section on Association website. Forums could be topics such as Minilab Equipment; Latest Promotions; Accessories; For Sale; etc. This would give members an opportunity to communicate and share industry information with each other in a medium provided by the association – enhancing the value of membership. Forum software plug-ins for Worpress sites are available and relatively easy to implement.

5. Events: Photo specialists, mostly isolated small retailers, benefit from and enjoy meeting in person occasionally, and the annual PMA conference provided a platform for this. The change of the accompanying trade show to a consumer show (‘The Digital Show’) has given retailers less reason to attend the co-located events – especially with leading suppliers selling direct from their stands! Numbers have steadily dropped off year on year and there is no guarantee that to attempt to revive the format would not be a costly failure. Camera House AGM weekend event also fulfills this role for approx. 50 percent of current PMA members anyway.

Anecdotal feedback from the combined Camera House/PMA event from 2014 was that Camera House members were unsettled and not altogether happy with the ‘experiment’.

So – what to do? One alternative would be one or two modest trade-oriented events per year. Perhaps in both Sydney and Melbourne (a small roadshow):
An ‘Accessories Show’ with affordable exhibition space to suppliers could be at least self-ammortising and possibly generate some funds for the Association. Accessories offer margins to retailers and offer a way to re-engage with and highlight the mostly ‘second-tier’ suppliers in this photo retailing sector.
A ‘Printing Alternatives’ show, in co-operation with the SPSA or even AIPP (main professional photographers group) would likely be supported by suppliers in that category, who now increasingly identify both pro photographers (esp. event photographers) and retailers as prospects.

Perhaps accompanied by some workshops, perhaps with one keynote speaker and an inexpensive end-of-the-day social get-together.

Management of the event(s) is outsourced, with an agreed split of revenue between the organiser and the Association.

6. External Communications: Members – both retailers and wholesalers –  would value promotion of the photo retailing segment out to the general public. The photo retailing segment badly needs this. This could be by way of regular press releases on a planned and/or ‘opportunistic’ basis (eg, recent Vint Cerf  ‘digital wastland’ publicity). Messages could usefully include the value of printing photos; buying photo gear from a specialist (expert advice, etc); buying photo gear locally (the pitfalls of online offshore purchases); printing photos from a smartphone; various new photo printing technologies – eg, dye sub, digital press, inkjet, canvas, metallic. A yearly calendar of material could be developed, and made available to members as website content.

Consider a day or week  – ‘National Photo Week’, ‘World Photo Day’, ‘Print Your Photos’ week (whatever!) at a seasonally appropriate time – September would be good for Australia and New Zealand. This provides an opportunity for members to be engaged in an Asociation-driven program and for the Association to be seen by members as making a worthwhile contribution to photo marketing. And harnessing the promotional power of shopfronts across two countries should make quite an impact.

The music retailing industry has successfully implemented ‘International Record Store Day’ over several years now – there are things to be learned from this somewhat similar small-retailer based segment.

NOTE: In a recent Readers Poll, 87 percent of respondents said they would support such an event.