While PMA in the US has this week outlined an expanded framework for future activities, it leaves key questions unanswered for Australian PMA members. 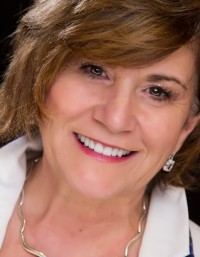 Photo Counter followed up with the following questions:
– It would be great to have some specific responses on how PMA Australia fits in with your new direction?
– Will PMA Australia have an Australian office in future?
– Will PMA Australia run a national conference as it has in the past?
– How will those ‘four pillars’ be implemented for Australian members?
– Any other details you can share regarding decisions directly relating to the Australian PMA?

– At time of publication we had received no response. However PMA Australia chairperson Paul Atkins told Photo Counter that he believed that although there would no longer be an Australian PMA office as such, it was possible the Coulter organisation, to which PMA has outsourced day-to-day operations, may play a role. Coulter was recently acquired by another company, the Swiss-based MCI Group.

‘MCI Group has offices in 31 countries, including five in Australia, and will become a valuable resource for PMA Australia. MCI Group specialises in professional education and event management. We can look forward to many exciting PMA Australia events ahead!’  Georgia McCabe wrote in an email to Australian members in March.

‘I’m fairly sure that an Australian office won’t exist as in the past with people on staff,’ Paul Atkins told Photo Counter.

Former PMA membership manager, Barbara Bryan, is currently fielding phone calls and emails from her home, but the office is otherwise packed up and dormant.

Paul Atkins added that he was uncertain whether the ASIC-registered not-for-profit business entity, PMA Australia, would continue with the closure of the local office.

He understood, without being certain, that most PMA country offices would similarly be wound up. However, PMA in the UK is still operating, headed up by director, Don Kennedy, and Paul had heard that a European office may continue to operate on a voluntary basis.

Paul noted that he would be meeting with Georgia McCabe in early June, which would give him an opportunity to better understand PMA’s plans for Australian members.

He said that although there wasn’t the financial or human resources to hold a structured annual Australian PMA conference this year, he was hoping to organise a get-together of PMA members at The Digital Show in Melbourne – perhaps in the form of a PMA AGM –  to discuss and confirm a direction for the local association to take back to PMA in the US.

While there are a range of unanswered questions surrounding the future of PMA Australia, it’s possible this is simply a communications issue, as the much smaller team at PMA headquarters in Virginia struggles with its broad and ambitious  agenda: ‘PMA remains very dedicated to all our members in Australia, and we are taking every step to ensure PMA Australia remains a thriving organisation, serving our members for a long, long time to come,’ Georgia McCabe wrote to PMA members in March.