After almost 10 years at the helm of PMA Australia, Peter Rose has opted to retire, effective from January 31. 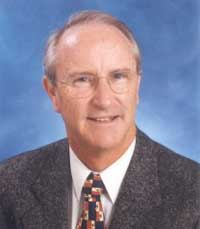 After a long career in key executive roles in the photographic industry – including 10 years running his own business, Merit Imports – he took on the director’s role for PMA Australia in 2005. During this time PMA took over the management of the (then) annual Australian photo equipment exhibition for several years from 2007, as well as its traditional role of running the accompanying PMA convention. During PMA’s management of the event it was further developed as a show open to the general public. In 2011 event drew over 20,000 trade, professionals and enthusiast attendees.

With an impeccable network of contacts across all segments of the photo industry, superb people skills, and a real passion for the photo retailing segment, he was a natural choice for the PMA Australia executive director’s role, and his contribution will be missed. He leaves to take on his next adventure – an active retirement (With an occasional round of golf a definite possibility!)

He guided PMA through a challenging period in the history of photo retailing, maintaining strong membership levels at a time when independent specialist photo stores have been under pressure. In recognition of his contributions to the industry, PMA International honoured Peter with a Distinguished Service Award in 2013.

The PMA Australia executive and PMA International – which has itself recently seen a new CEO (Georgia McCabe) and president (Gabrielle Mullinax) take the reins – are currently discussing the structure and direction of PMA Australia for 2015 and beyond.

While specific details are yet to be announced, PMA has confirmed unequivocally that PMA Australia will continue to operate and bring new opportunities and resources to Australian members.

‘Peter has been such an asset to our members in Australia, and to PMA as a whole. We can’t thank him enough for his many years of dedication and his excellent leadership,’ said Georgia McCabe. ‘As we congratulate Peter and wish him a wonderful retirement, we look forward to a bright future ahead for PMA Australia.’

In the meantime, all members are welcome to contact PMA Australia National Chairperson  Paul Atkins paul@atkins.com.au with any PMA-related business enquiries or issues.

A farewell note from Peter:
Almost 10 years ago I received a phone call from John Paxton asking if I was interested in joining PMA following the departure of Terry Rimmer. PMA had been an integral part of the industry for the majority of my career, so it was not a difficult decision to make.

Now with a new granddaughter in New York, Ellen and I decided it was time to move on from what was a fully committed role, to something that will allow us the time to travel. Looking back over those 10 years, it is easy to pick the highlights:
– Working with committed volunteers who gave their time for the benefit of the industry:
It never ceased to amaze me how the same group backed up year after year with little thanks and with the same business pressures we were all under. Special mention  should be made of John Paxton, John Ralph, Len Sandler, Paul Dawson, Terry Rimmer, Mark Alderson, Paul Boniface, Quentin Webster, Ormond Williams, Phil Gresham, Andrew Mason, Jenny Yates, Stephen Perris, Richard Robertson, Jeff Crowley, Laurie and Nicki Rogers, Tim Jones (RIP), Peter Stallard, John Mullavey, Paul Atkins, Alan Logue, Matt Makinson. They deserve our sincere thanks and gratitude;
– Working with  fantastic colleagues who made me look good. John Bourne, Barbara Bryan, Kathy Warlum, Lucy Wang, Eve Phillips, Frank Filippone, Peter Myers – all were critical in delivering events that were ‘best in class’. A special thanks to Barbara and husband Richard, who ‘transitioned’ PMA into an updated organisation, with a modern website, meaningful newsletter and help in staging professional events;
– The support of PMA staff and the board in Jackson, who allowed us to ‘get on with the job’- Jim Esp, Suzi Barger, Melissa Aldrich, Jennifer Kruger, were key to results;
– The industry shows that PMA ran from 2007 to a few years ago demonstrated the benefit of combining trade, public and retailers in one co-ordinated event. The profits that were generated were returned to each of the Associations as well as funding promotion – a winning combination for the photo trade and the framing industry;
– The Young Achiever program that morphed into the Future Leaders series was truly helpful in promoting our youth in the industry;
– More recently the success of the Educational Expos which were developed over 12 months with the valued help of Mark Alderson of Camera House and Nic Peasley of Ted’s. This format worked and is a bright spot for the future;
– The suppliers who frequently provided the funds and support for our numerous events. They are critical in whatever we do and are to be sincerely thanked for your friendship and cooperation over the years;
– Last but not least…our members. You have stuck with us over the years and hopefully will continue to do so. There are few associations in Australia that can claim over 37 years of continuous service. The industry, as we all know, has changed forever – however there will always be a need for networking.
– Peter Rose

A lifetime in photography
Peter Rose began his career in the photo industry in 1961 at Hanimex, rising to the position of sales and marketing manager before being appointed the first managing director for J. Osawa Australia (Mamiya, etc). In 1983, Peter, along with two partners founded Merit Imports, which eventually purchased Baltronics, a professional supply business that held the Sinar, Broncolor and Foba agencies. Merit sales grew rapidly with agencies including Vivitar, Yashica, Fotima camera bags, Panasonic flash and cameras, Sea and Sea underwater cameras, and Vivanco video editing equipment.
After 10 years Merit Imports went to Haminex, and Peter became general manager of Camera House Australia. In 1997, he was invited to head up Kodak Australia’s NSW Consumer Imaging Division.

His tenure is second only to Les Brener, founding director of PMA Australia, and stands as one of the longest administrations of any PMA branch around the world.

Photo Counter wishes Peter Rose a long and happy retirement – with a surfeit of birdies!