PMA is entering show business in its own right, with a series of equipment roadshows combined with educational seminars pencilled in for next March/April. 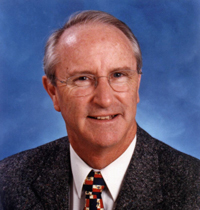 PMA executive director, Peter Rose (pictured right) said suppliers who are already conducting roadshows around Australia as well as retailers in WA, SA and Queensland have been asking for an initiative of this kind.

Fujifilm is one company which has recently run roadshows, with others including APS, BCS and Adeal.

‘This concept came out of discussions with suppliers who were already doing roadshows, however wanting a more cost-effective method,’ Mr Rose told PMA members this week in the PMA newsletter, Newsline.

He said another attraction of having a number of suppliers participating was that the event would be more attractive to retailers.

The roadshows are envisioned as a two-day event, with a retailers trade show on the first day as well as a showroom for enthusiast consumers on the second day.

A seminar for consumers would also be part of the program.

Mr Rose said the plans were discussed at length at the PMA AGM in Melbourne in May and received ‘strong endorsement’ .

Current IDEA president, Dave Marshall also seems to have endorsed the PMA initiative: ‘I have no doubt this may be valuable to PMA members, their customers and IDEA suppliers,’ he responded when briefed by Mr Rose on the low-cost roadshows.

‘The plan will be to start these March/ April 2013 in Sydney, Melbourne, Brisbane with the possibility of adding Adelaide and Perth,’ Mr Rose told PMA members.

He told Photo Counter that Adelaide and Perth ‘may well be included in the first round’ of exhibitions, depending on the level of support from suppliers and retailers.

He said that while no firm bookings had been made as yet, large hotels were the preferred type of venue for the shows, as they were conveniently located and provided AV, catering and other services in-house. Alternatively, venues like racetracks or larger RSL clubs might be looked at.

‘The challenge is that many hotels have weddings booked over weekends,’ said Mr Rose. This tended to lift their rates and made finding appropriate dates more difficult.

This is the second stage of PMA Australia’s new plan to make itself more relevant to its members and generate revenue streams beyond support from the US head office and the annual trade and consumer photo equipment show.

Mr Rose said PMA would run another educational roadshow series for enthusiasts prior to to Christmas.