WHAT’S THE DEAL WITH: Viltrox lenses

Viltrox. Yet another affordable Chinese photography gear brand with its sight firmly set on the third-party interchangeable lens market. But like its fellow Chinese manufacturers, with cheap-ness comes perceptions of inferior quality. 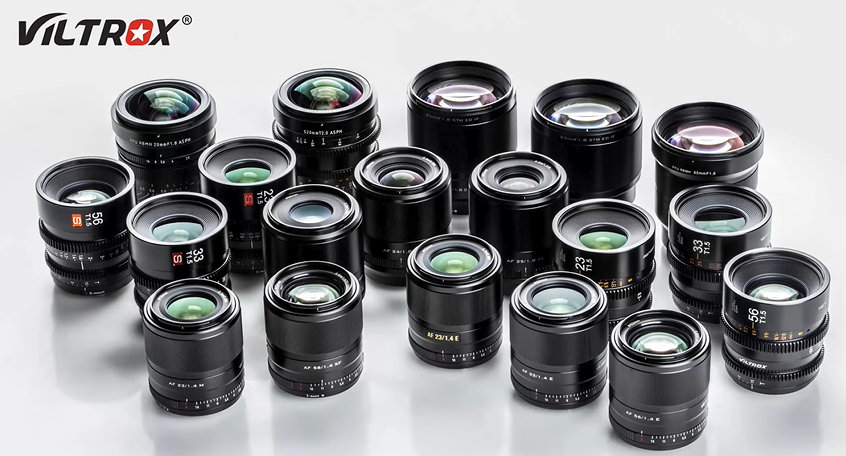 This is another article in a series that provides an overview on left-field third-party manufacturers. Read the overviews of Laowa, Yongnuo, and Samyang.

The Viltrox brand story follows a similar narrative to that of fellow Chinese manufacturer, Yongnuo. After starting out manufacturing accessories like speedlights and triggers, both brands aggressively shifted their attention to optics.

Viltrox has been around since 2009, but only came on the scene around five years ago with its third-party lens adaptors and teleconverters. The adapters are labelled as an el cheapo but quality alternative to the Hong Kong-based Canadian-engineered, Metabones. A Viltrox Canon EF to Sony E adaptor costs $200, while a Metabones version is more like $750-$800.

In 2018 Viltrox took a punt at manufacturing lenses. And why not? Having already decoded the construction of various lens mounts via adaptors, the company only needed to chuck in a few elements, add a focusing ring, slap on a body and presto! Well, something like that.

Viltrox is owned by JYC Technology (HK) Co, which according to its website, is ‘one of leading professional photography accessories and studio equipment manufacturers in Shenzhen, China’.

‘As we are a rapidly growing photography accessory design and manufacturing company, our products are high quality assured and competitive price guaranteed, and enjoy good reputation in both domestic and overseas markets. With experienced design and enthusiastic sales teams, we are able to provide our customers with the most professional service and quick response on all issues arisen from production or exporting process.’

A little more background info about Viltrox. It employs between 51-100 people and generates an annual revenue of between US$5 – $10 million, according to company data from wholesale online marketplace, Alibaba. JYC Technology’s Shenzhen factory also manufactures Weeylite products, a ‘Viltrox brand’ that handles the lighting products.

By comparison Yongnuo – also a Shenzhen-based manufacturer – has an annual revenue of between US$50-100 million and employs 500-1000 people, according to Alibaba.

The biggest market outside China for Viltrox is Western Europe, which equates 20 percent of global customers, followed by North America at 18 percent. According to the Viltrox website, it has factories based in both of those continents. Oceania, the region including Australia, makes up just five percent of the global market. No factory here – yet.

The first Viltrox lens to test the water was manual focus. And not long after, in 2019, the company introduced an autofocus lens, the 85mm f1.8 STM for Fujifilm X cameras. By early 2021, the 85mm Mk II lens was released.

It initially seems odd Viltrox started with an X mount lens, as Fujifilm’s market share is on the low end of the scale compared with Canon, Nikon or Sony. But with hardly any third-party lens options, Fujifilm shooters are starved for choice. Some consider this borderline monopoly allows Fujifilm to command higher-than-normal prices for lenses. So perhaps Viltrox saw this hole in the market and jumped in head first.

And what better way to kick it off than with the 85mm f1.8 lens, a classic focal length that Fujifilm doesn’t yet offer. The closest native Fujifilm lens is an XF 90mm f2.0, which costs over $1.1K, or an XF 80mm f2.8 that sits around $1.6K. By comparison, the Viltrox 85mm f1.8 II can be tracked down at local retailers for around $750, or cheaper via more obscure grey market online retailers.

[It’s worth pointing out that Fujifilm X series cameras are crop sensor, meaning the XF56mm f1.2 is 84mm f1.8 focal length in 35mm].

Unlike Yongnuo, Viltrox has gained greater exposure through online photo gear review channels. This doesn’t mean Viltrox lenses are superior, but more likely boils down to the marketing department being more receptive to reviewers and sending out units.

Although the outcome of having a decent number of online reviews is Viltrox comes across as more credible, and photographers are provided substantial ‘independent’ information to help make purchasing decisions.

The 85mm f1.8 is by far the ‘most reviewed’ product from the Viltrox lens shop catalogue, which currently has no less than 10 lenses for Sony E mount, seven for Fujifilm X and Nikon Z, and one for Canon RF. Additionally, there are a limited range of Leica/Panasonic/Sigma L mount and Canon M mount lenses. This is quite a large offering for a brand that’s just four years in, but Chinese manufacturers don’t hold back when it comes to expansion. And a background in lens mount construction would certainly assist the rapid expansion.

As previously stated, the 85mm f1.8 II is the brand’s flagship lens. Across the board it’s cheaper than equivalent native lenses by Sony, Canon, Nikon, and obviously Fujifilm. But by how much varies. In Australia the Sony 85mm f1.8, for instance, can be purchased for $800, making a locally-bought Viltrox very unappealing at only $50 cheaper, whereas a Viltrox Fujifilm X-mount lens is hundreds of dollars cheaper.

The online reviews are overwhelmingly positive. Although this isn’t exactly a rare phenomenon, as photography gear reviewers tend to lean toward positivity, which may have something to do with kick backs from affiliate links.   The primary criticisms are Viltrox’s lack of weather sealing, and poor autofocus performance. Expect focus breathing.

And customer reviews – written by people who don’t cop a commission through affiliate links – are also mostly positive with an average of 4.4 stars out of five on B&H. Of the 64 B&H reviews across the four popular lens mounts, it’s interesting to note that about half are from Nikon Z customers. This may be because it’s the first third-party lens for Nikon Z-mount with autofocus, according to a Camera Labs review. The next highest number of customer reviews are evenly split between Fujifilm X and Sony E shooters.

There are just two Canon RF customer reviews, but Viltrox hasn’t been so quick to release products compatible with the RF mount. This may be due to Canon supposedly adopting a policy to not share lens mount information with third parties.

In the last decade several Chinese third-party manufacturers have emerged with a big interest in optics. With quality non-native alternatives like Sigma and Tamron cornering the higher-end market, the Chinese brands are opportunistically occupying the lower end. Although it’s possible that in the future one of these left-field lens manufacturers will have a reputation for quality products like a Sigma or Tamron. When starting out at the bottom, the only direction to go is up.

For now the end result is good for photographers, who aren’t locked in to just native lens options and now have access to a variety of products to suit their budget and needs.