PANASONIC LUMIX GH6: Panasonic’s latest video-orientated GH6 M4/3 camera introduces a new 25.2-megapixel CMOS sensor and faster processor that supports internal 5.7K/30p video recording. When the GH5 arrived it was market leader for video shooting with few competitors. Times have changed and the GH6 must compete with the OM-1 (slightly cheaper) and ‘full frame’ cameras like the Sony α7 IV and Canon EOS R6, which have similar price tags.
RRP: $3699, body only; $3999 with the 12-60mm f/3.5-5.6 Lumix G lens. 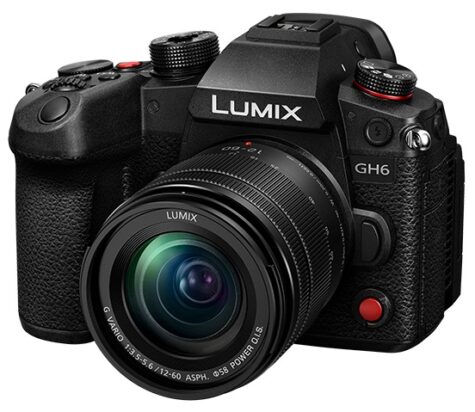 We’ve waited five years since the launch of Panasonic’s DC-GH5 for a worthy successor to arrive. In the interim, Panasonic has filled the gap with the 10-megapixel GH5S in 2018, followed by the GH5 Mark II in May, 2021. The GH6 is the first major update, however, thanks to its new sensor and upgraded Venus Engine processor which together reaffirm the company’s commitment to the M4/3 format and focus on hybrid stills/video recording with up to 14 fps burst shooting for stills and a full range of pro-level video capabilities.

The new camera enters a highly competitive market sector in which all leading camera manufacturers are pitching to the rapidly-growing vlogger/video creator market. Not only is it up against its own Lumix S5 (which has a similar price but a full-frame imager chip) but it also competes with other full-frame cameras from Canon, Sony and Nikon, which provide similar features to the GH6 for a similar price.

In theory, the M4/3 sensor should provide smaller, lighter and cheaper cameras, as exemplified by the recent OM-1 from OM Digital Systems. But the GH6 is closer in size to the full-frame cameras so it loses these advantages. In addition, sticking with the contrast-based DFD AF system puts the GH6 a bit behind its rivals with phase detection autofocus.

So what makes the GH6 a strong contender in its market sector?

On the video front (a key feature of the new camera), it’s the first in its class to offer 5.7K 60/50p (NTSC/PAL) and 4K 120/100p recording, both at 10-bit depth, along with Full HD at 240/200p for slow-motion playback. It also introduces V-Log and V-Gamut shooting modes as well as ProRes 422HQ compression for the first time in M4/3 format. Admittedly, the various compression possibilities vary with resolution and frame rate chosen, but the GH6 is significantly more capable than any of its predecessors.

Physically, the camera body is larger than the previous models with a more generous grip. It’s also a bit heavier at 739 grams and thicker to fit in the built-in active cooling fan for temperature control. Card slot configuration is changed with one slot dedicated to SD UHS-II cards and the other for a CFexpress Type B card, which is essential for the higher video capabilities.

The battery is the same as the previous model’s but its capacity is slightly lower, while the monitor resolution has gone up a bit. Fortunately, most buttons and dials haven’t moved through the generations although Panasonic has added an extra video record button to the front panel, along with another programmable function button. A new audio information button appears on the top panel while the rear panel gains a new ‘Operation Lock Lever’ plus a tally lamp. The resolution of the EVF is unchanged from the GH5 II, as is the full-sized HDMI Type A port but the USB-C port is upgraded to a USB 3.2 Gen2 version. It also complies with USB PD (Power Delivery). Wireless streaming, introduced in the GH5 II, appears to have been discontinued. 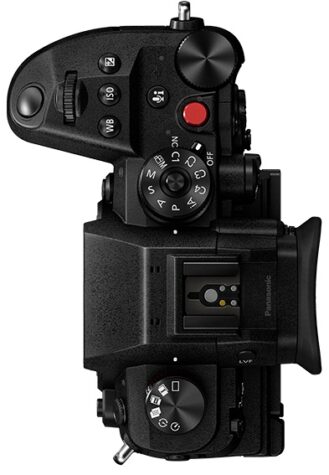 1. Like its predecessors, the GH6 is first and foremost a video shooter’s camera. It retains the same ‘splashproof’ construction and diecast magnesium alloy front and rear frame as the previous models, along with a user-friendly control layout and menu system.
2. Being designed primarily for shooting video, the GH6 includes all the features and functions a contemporary vlogger is likely to require – although a CFexpress Type B is required to take full advantage of them.
3. Most recording formats support 10-bit video with a choice between with H.264 and H.265 codecs as well as an Intraframe I mode for more efficient editing or LongGop L mode to conserve recording space.
4. Panasonic has added a histogram display for video mode, replicating the display that was previously only available for stills shooting. This feature is particularly useful for Log recordings. The display can be resized and positioned anywhere in the frame to suit different usage requirements.
5. The GH6 is Panasonic’s first non-professional camera with full V-Log support, along with V-Gamut shooting. It is also the first M4/3 to support ProRes 422HQ compression.
6. Dynamic Range Boost function that combines high and low-gain readouts to expand the recordable brightness range with ISO settings of 800 or higher. However, the new 3D Noise Reduction function that engages at high ISO settings to suppress grain can cause visible (although slight) softening and the function can’t be used for lower ISO settings, so shadow noise is virtually inevitable.
7. Anamorphic video recording is available to support the increasing number of anamorphic lenses being offered for M4/3 cameras. This enables users to take advantage of all the new anamorphic lenses from Laowa, Vazen, Sirui and others that are entering the market now.
8. Internal sensor-shift 5-axis stabilisation has been improved with a high-precision gyro-sensor and a stabilisation algorithm and is now CIPA specified at 7.5 stops. Electronic stabilisation is available in movie mode with some cropping of the frame. The Boost I.S. mode provides the highest degree of electronic stabilisation, and simulates a shot locked off on a tripod.
9. The GH6 also provides a high resolution mode that records and composites multiple frames captured to produce resolutions up to 100-megapixels (11552 x 8672 pixels) with tripod mounting. Handheld recording is also available, taking advantage of built-in sensor-shift stabilisation and motion blur processing can be applied to minimise blurring when frames are merged. Users can also opt to save recorded frames separately rather than having the camera combine them.
10. The GH6 has been designed to allow extended shooting times for interviews and live events and offers virtually ‘unlimited’ recording times. This is made possible by a fan-driven active cooling design that radiates heat away from the sensor.

For an extended review of the GH6, including performance charts, click here.