PANASONIC GH5 MARK II: An update to the DC-GH5, the GH5 Mark II is the first model in Panasonic’s G series to introduce high-quality wireless live video streaming plus expanded video capabilities. Most purchasers will be professionals who shoot video for a living, although high-end video enthusiasts could also find it represents good value for money. We found it difficult to fault its video performance at any of the settings we tested.
RRP: $2699 (body only); $2999 (with 12-60mm kit lens) 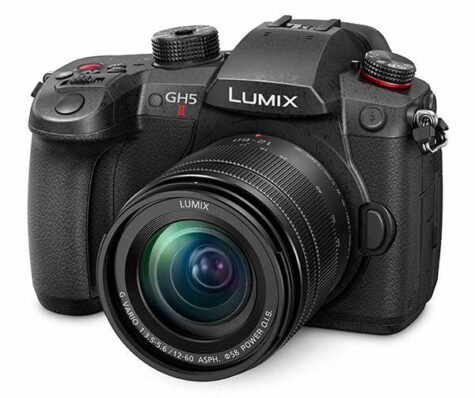 When Panasonic announced the GH5 Mark II (GH5M2) on May 25, it reaffirmed its commitment to the M4/3 format and also to its focus upon hybrid stills/video recording. Equipped with the same 20.3-megapixel Digital Live MOS sensor as the four-and-a-half year old GH5 (although with a new Anti-Reflective coating), the GH5M2 comes with the same high-speed Venus Engine image processor as is used in the S1H, extending its video recording capabilities. Although a GH6 model is supposedly waiting in the wings, we know little about it beyond the promise of a new sensor and processor and ‘unlimited’ 10-bit 4:2:2 4K 60/50p recording and an expectation of a release before the end of 2021.

In the interim, the GH5M2 will be the ‘go-to’ camera for photographers and videographers who need professional recording capabilities in a compact camera body with a wide range of available lenses. Because it can record C4K/UHD4K footage at high frame rates and with a selection of professional profiles, footage from this camera will be easy to integrate into professional video workflows when compiling presentations on pro equipment. This makes it valuable for photojournalists, sports reporters and wedding/event photographers.

The ability to stream footage directly from the camera to a bureau, client or display device as it is being recorded will be a valuable feature for professional ‘vloggers’. The relatively compact size and light weight of the camera and compatible lenses and the use of weather-resistant sealing will allow the camera to be used in challenging outdoor conditions, making it appealing to journalists and adventure photographers.

Features such as the high-resolution (3,680,000-dot) EVF and fully-articulating, 3-inch monitor with touch-screen controls carry over from the original GH5. But Panasonic has increased the EVF’s refresh rate to a maximum of 120Hz to provide a smoother view and the monitor supports a wider range of brightness adjustments for outdoor use. The GH5M2 uses the DMW-BLK22 2200mAh high-capacity battery that was first launched with the Lumix S5 and is CIPA rated for approximately 410 shots/charge. It also complies with USB PD (Power Delivery), which allows direct recharging from a USB power bank or via AC or a USB cable. Tethered shooting is also possible with the Lumix Tether applications.

A firmware update, which is scheduled for release by the end of the year will add Live View Composite recording, improvements to smartphone connections and RTP/RTSP wired IP streaming via wired LAN to a computer for streaming high quality video with sound to social streaming platforms. (A USB Ethernet adaptor will be required.)

Purchasing Points:
1. The body of the new camera is essentially unchanged from the GH5 and features the same ‘splashproof’ construction and diecast magnesium alloy front and rear frame. The top panel layout is unchanged, making it easy to swap between the GH5 and new GH5M2. 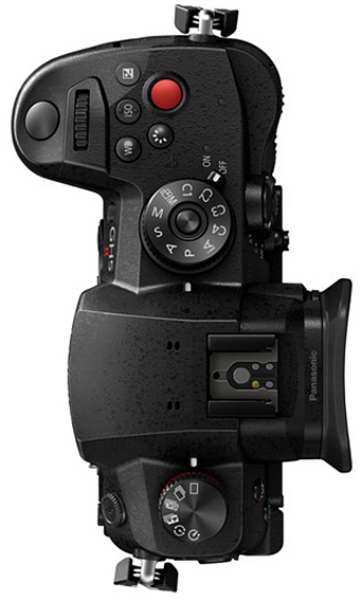 2. The GH5M2 complies with H.264 in the RTMP/RTMPS protocol, which allows wireless live video streaming via a smartphone at Full HD or HD 50p/25p quality (PAL system) with bit rates from 16Mbps to 3Mbps. Streaming can be initiated from either a smartphone using the LUMIX Sync app and a Bluetooth connection or directly from the camera.
3. Wired IP streaming is also possible via the Lumix Webcam Software download which lets the camera connect directly to a PC via USB and act as a high quality webcam.
4. Video recording capabilities are extensive and cover a total of 74 video settings, with 33 for MOV format, 13 for MP4 and 18 variable bit rate settings. Most settings use Long GOP compression, with ALL-Intra compression restricted to MOV files with frame rates below 30 fps.
5. ‘Unlimited’ video recording is available in all video modes, the only constraints being the battery capacity and capacity of the recording media. The camera may also stop recording automatically in C4K/4K 60p/50p 10-bit and Anamorphic mode to prevent damage if overheating occurred.
6. The GH5M2 is able to record C4K 60/50p 4:2:0 10-bit video internally while at the same time outputting 4:2:2 10-bit UHD 4K 60/50p video over HDMI to an external device. This is a significant advance on the GH5, which was restricted to 8-bit 4K 60/50p 4K and 24 fps recordings for C4K video. Pre-installed profiles include V-Log L (which is easy to match V-Log L footage recorded with other Panasonic cameras), HLG gamma (which records a broadcast-ready colour gamut format), two types of Cinelike gamma presets and MonochromeS and L.ClassicNeo Photo Styles.
7. Anamorphic video recording is available to support the increasing number of anamorphic lenses being offered for M4/3 cameras. The GH5M2 also supports VFR (Variable Frame Rate) recording and can record 6K (4992 x 3744) 30/25p 4:2:0 10-bit and C4K/4K footage anamorphically at 60/50fps and FHD at up to 180fps.
8. Cinema-standard video assist tools such as a Waveform Monitor (with a vectorscope display that allows users to check the luminance and chroma colour balance while shooting) and V-Log L View Assist are available.
9. Frame Markers can be displayed to help users check composition during recording. A new red REC Frame Indicator allows the user to see at a glance that the camera is recording, while a blue frame indicator shows video streaming is activated.
10. The Varicam-style data display format introduced in the S1H and GH5S makes it easier to monitor recording settings on the EVF or LCD screen. The GH5M2 also includes a Luminance Spot Meter, which displays an exposure value for a small, selectable area in the screen, either as a percentage or in f-stops relative to mid-grey.