Fujifilm has announced a new flagship X series camera, X-H2S, a 26.16-megapixel APS-C CMOS 5 HS sensor camera, will be available from July with an RRP of $4449. 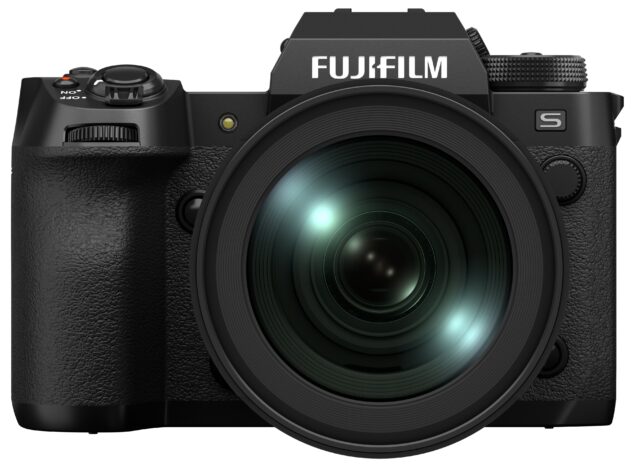 The X-H2S is all about high-speed performance, with continuous shooting of up to 40 fps with full autofocus.

The autofocus includes new subject-recognition AF tech that uses ‘deep learning’ to detect and track the human face and eye, as well as animals, birds, bikes, planes, trains, and automobiles.

In the video department, the X-H2S is capable of shooting 6.2K at 30P, and also supports filming high- speed 4K at 120p.

The five-axis in-body image stabilisation clocks up to 7.0 stops of thanks to the new X-Processor 5, which has double the processing speed of the previous model.

There is loads more details in the eight-page press release, which at times is repeated to really drill the various points home. So without further ado, here is the press release.

The new flagship camera offering the highest burst-mode/ AF and video performance in the history of the X Series portfolio, with a robust body and extensive interface options to cater to diverse professional needs.

Australia, 1st June 2022 – FUJIFILM Australia is pleased to announce the launch of the mirrorless digital camera “Fujifilm X-H2S” (hereinafter X-H2S) in July 2022. The camera joins the lineup of X Series mirrorless digital cameras, which are renowned for their outstanding image quality for both stills and video, delivered with Fujifilm‘s proprietary colour reproduction technology.

The X-H2S is the new flagship model boasting the highest performance of any X Series camera to date. This has been made possible by the new stacked-layer back-illuminated 26.16MP “X-TransTM CMOS 5 HS1 sensor, capable of reading signals 4 times faster than the previous modeI2, and the high-speed “X-Processor 5” boasting double the processing speed of the previous modeI3.

“The new camera is all about high-speed performance. It also offers photographers and videographers many new functionalities to provide peace of mind when capturing any decisive moment,’’ said Shaun Mah, General Manager of the Electronic Imaging & Optical Devices Division of FUJIFILM Australia. “This camera could not have come at a better time, as it qualifies for the new 3 Year Warranty announced in May, so Fujifilm customers get even more value at an accessible price,” added Mah.

The X-H2S features an evolved AF system to enable continuous high-speed shooting up to 40 frames per second, a newly-developed subject-recognition AF technology, and capability to record 6.2K/30P and 4K/120P video. Other features include the five-axis in-body image stabilisation that offers up to a 7.0- stop advantage4, highly-robust magnesium body, hardware that incorporates operability improved from the previous model, as well as extensive interface options including the new slot for a CFexpressTM Type B card5 and an optional file transmitter (sold separately). The new camera caters to the diverse photographic needs of professional photographers and videographers in categories including sports photography, bird photography and other on-location work.

About the new fifth generation sensor and processor

In 2012, Fujifilm released the mirrorless digital camera “Fujifilm X-Pro1” featuring an image sensor and a processor developed in-house. Since then, the company has evolved the X Series, releasing four generations of these devices over the last decade to offer advanced image quality and portability. With the launch of X-H2S, the X Series heralds the arrival of the fifth generation sensor and processor, X-TransTM CMOS 5 HS and X-Processor 5.

This 26.16MP image sensor inherits the previous model’s back-illumination style and also adopts the stacked-layer structure to become the first stacked APS-C sensor capable of quadrupling the read signal speed in comparison to the current model. It has dramatically improved performance, including up-to-40fps blackout-free burst mode6 and significantly better AF rate during continuous shooting. As for video performance, the sensor can record 4K/60P video without cropping and with substantially reduced rolling-shutter effect.

The all-new processor has double the processing speed of the previous model. It has improved image quality at low ISO and reduced noise at high sensitivity in stills, while delivering significantly improved AF accuracy and speed. The processor also enables subject-detection and AF tracking of a targeted subject with increased accuracy. In video, the processor enables filming 4:2:2 10bit video at 6.2K/30P and 4K/120P and supports a variety of codecs including Apple ProRes 422 HQ7. It also has lower power consumption,  extending  the maximum video recording  time and supports a CFexpressTM Type B memory card.

The X-H2S makes full use of the capability of the fifth generation sensor and processor to achieve a substantial performance improvement, including:

This is a cover kit for protecting various terminals on the camera. Items contained in this kit: