Two intellectual property lawsuits filed by US photographers accuse Google and Meta of copyright infringement, over a lack of safeguards and action to prevent unauthorised image use. 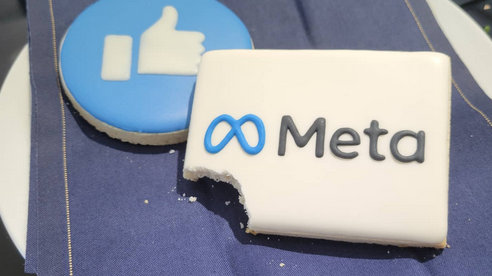 Both Californian lawsuits are shaping up to be David v Goliath legal battles, with the odds stacked heavily against the photographers who are ambitiously challenging two of the world’s largest tech companies.

Both lawsuits don’t accuse either Meta’s Instagram or Google’s YouTube of stealing pictures, but rather how these platforms enable copyright infringement or fail to act when infringement is flagged.

In June 2021 Inside Imaging reported that two photographers, Alexis Hunley and Matthew Scott Brauer, filed the class action suit against Instagram on behalf of ‘all individuals’ who have had copyrighted material embedded on a third-party website without consent via Instagram.

Here are excerpts from the coverage:

Instagram, and other social media platforms, have an Embed API that allows posts, including photos and videos, to be generated on a third-party website. It’s done by copy and pasting code, which crucially keeps the content hosted on Instagram’s servers. Online media outlets are fond of the Embed API, as displaying Tweets, YouTube videos, and Instagram posts is a free and easy method to provide additional sources or visual content. But the Embed API has also been abused and treated as a copyright loophole, as news outlets sidestep licensing an image for an article or blog post by embedding content.

Here’s how Hunley and Brauer’s lawyers allege Instagram is complicit in copyright infringement:
‘Instagram… created and encouraged the use of Instagram’s embedding tool to execute a scheme to expand and grow Instagram’s presence on third party websites to obtain a direct financial benefit derived from increased traffic, impressions, clicks and views monetised through advertising revenue on Instagram.
The effect of this scheme has been the usurpation of the value of the copyrighted works, as the practice of embedding posts from Instagram has vitiated and diluted the market for licensing fees. By encouraging third party online publishers such as BuzzFeed.com, Time.com, Mashable.com, and others to use the embed tool to display copyrighted works without a license or permission from the copyright owners or from Instagram, Instagram is secondarily liable for each instance of those online publishers infringing a copyright owner’s display right caused by the unauthorised embedding of the respective photo from the user’s Instagram post.’

While coming off as a reasonably compelling argument as to why Instagram’s Embed API is bad for content creators, a Californian judge dismissed the complaint due to the 2007 Server Test, which permits the display of copyrighted material provided it’s not hosted on the offending website’s server.

The Server Test was established after an adult entertainment company, Perfect 10, sued Google for copyright infringement over pictures displayed in Google Images. The court found that, as the tech giant curates and displays images by using ‘in-line’ links to outside pages, the copyright content never leaves the original source location and it’s therefore not copyright infringement.

The Server Test then served as a copyright get-of-of-jail-free card for online publishers and tech giants like Google to display third-party content. And, let’s face it, the internet would be worst off if Google Images was completely upended by copyright law.

But the Server Test has become a riskier argument to rely on after two judges recently rejected it.

Most recently, in 2021, a US judge rejected the Sinclair Broadcasting Group’s Server Test defence, after it published a video by National Geographic contributor, Paul Nicklen, via Instagram’s Embed API.

The judge described the Server Test as being at odds with the Copyright Act, which ‘defines “to display” as “to show a copy of” a work, not ”to make and then show a copy of the copyrighted work”.’

Despite this precedent against the Server Test, Meta leveraged the defence to convince the Californian judge to dismiss the class action suit. The photographers’ legal team is now appealing the decision, stating the ruling is ‘outmoded and impractical’, in an effort to revive the class action suit.

‘The implications of this case are far-reaching as they arise in the context of a modern day Internet, where technology has evolved since the setting of this Court’s precedent and will certainly continue to evolve,’ they argue.

They argue the Server Test is a copyright ‘technical loophole’ that should be closed.

Instagram now offers users the option to disable the Embed API on their posts, which came about following consultaiton with the American Society of Media Photographers (ASMP), the National Press Photographer’s Association (NPPA), and other groups.

Stross’ lawsuit shows three examples where his pictures featured in videos on YouTube without authorisation, and outlines how YouTube failed to act on his subsequent take down requests.

Stross argues this shouldn’t happen, as YouTube has the tools, resources, and technological capabilities to locate and remove content. By turning a ‘blind eye’ to the take down requests, Stross’ legal team claims YouTube’s actions amount to ‘acts of contributory copyright infringement’.