UPDATED July 8: An announcement of the proposed sale of the Kodak paper and chemistry business – ‘Paper, Photochemicals, Display and Software’ – to Chinese corporation Sino Promise Holdings, was made internally on July 7 according to a Kodak Alaris insider. Inside Imaging can confirm that announcement.

Sino Promise describes itself as ‘the largest distributor of Kodak Alaris in the world’. It supplies 8000 Kodak-supporting retailers in Asia Pacific and Russia. Since 2015, it has also manufactured photochemiclas and finished Kodak silver halide photographic paper and dye-sub paper in its factory in Xiamen, for export to the Asia Pacific region, including Australia and New Zealand.

The film business is transferred to the Kodak Moments business unit. Paper and chemistry accounted for 56 percent of revenue for the Kodak Alaris PPF business unit in the 12 months to March last year, with (more profitable) film contributing a 36 percent share. 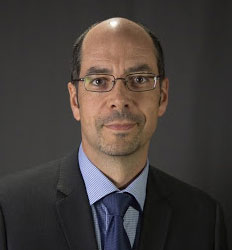 Following the approach from the Kodak Alaris insider, we asked CEO Marc Jourlait (pictured right) in mid-June if there were any announcements planned regarding sale of all or parts of Kodak Alaris. His response at the time neither confirmed nor denied the move: ‘Kodak Alaris, like most companies around the world, has been extremely busy prioritizing the safety and wellbeing of its employees and ensuring the robustness and resilience of our business with our partners and our customers around the globe to weather the COVID crisis,’ he responded.

Kodak Alaris has one key marketable asset – the licence to sell Kodak-branded products in various categories. It has largely withdrawn from manufacturing itself, and so is essentially a global marketing operation.

The KA insider told Inside Imaging that Sino Promise withdrew at the last minute from the sale of a much larger portion of Kodak Alaris. We were told the now-abandoned project to sell the whole business cost Kodak Alaris’ owner, the Kodak UK pension fund, around US$30 million.

We were also informed that at one stage, Eastman Kodak itself had an interest in acquiring the paper, film and photochemicals segment of Kodak Alaris. (Essentially buying it back less the crushing debt now in the hands of the Kodak UK pension fund.) But if our reading of Eastman Kodak’s last financial report is correct, Eastman Kodak is in no position to buy anything.

According to our source another Chinese company,  Lucky Film, has also shown recent interest in the Kodak Alaris paper and chemistry business but was beaten to a deal by Sino Promise.

There are around 140 employees involved in the paper and chemistry business, the majority of whom are expected to move to Sino Promise. The head of the Paper, Photochemicals, Display and Software business unit to be sold to Sino Holdings is currently Richard Condon.

Some background: The original Kodak Pension Plan was the largest unsecured creditor to Eastman Kodak when EKC went into Chapter 11 bankruptcy in 2012. Legal action by the pension fund against the broken down former giant of photography was ultimately considered futile. Unable to honour its financial obligations to its UK employees and past employees, Eastman Kodak persuaded the pension fund to buy what would become Kodak Alaris for US$325 million. The alternative was the immediate collapse of the fund. The pension fund also acquired a crushing debt of US$2.84 billion dollars – the amount EKC owed the original Kodak UK pension fund. At the time, Kodak UK pensioners were given the option of transferring to the UK government’s Pension Protection Fund (PPF), which provides a safety net for British employees whose pensions are lost when their employer goes bankrupt, or joining a new fund (KPP2) with its sole asset being Kodak Alaris. Either way, they were going to get less than they were entitles to.

The failing KKP2 is now in the process of being transferred to the UK PPF.  The KPP2 scheme now has 11,000 members and a £1.5bn (US$1.9 billion) debt. It was the biggest pension scheme to fall into the PPF since the lifeboat fund was set up in 2005. In a classic example of ‘socialising losses’, Eastman Kodak has managed to flick pass its financial obligations to former employees and the UK government!