Sino Promise, the new Chinese owner of the Kodak-branded silver halide paper and photochemistry business, which it acquired from Kodak Alaris just last year, has warned of critical supply constraints into the US market from the fourth quarter of this year.

According to leading US photo consummables distributor, Southpoint, Sino Promise notified the majority of its accounts in the US in early September that ‘due to the challenges as stated above, they will not be able to supply the market in the foreseeable future.’

In a letter subsequently sent out to its silver halide photo retailer customers, Sean Souri, general manager of Southpoint, said these changes were set to impact the ‘entire silver halide industry’.

Fujifim US has confirmed it is aware of the circulation of the Sino Promise letter to US dealers and its potential impact: ‘We are getting inquiries from virtually all lab customers…It could not have come at a worse time,’ a leading Fujifilm US executive revealed.

The situation in Australia and the rest of the world is uncertain. Inside Imaging has made two attempts to communicate with Sino Promise, both of which have so far been ignored. We asked three questions: 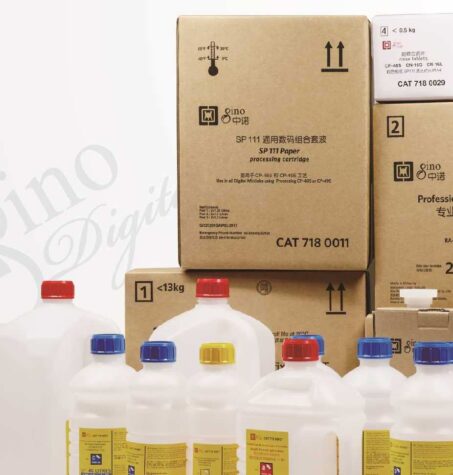 1. What’s the cause of supply contraints for Kodak silver halide paper and chemistry?
2. Is the problem limited to the US or will it also impact other markets such as Australia?
3. Is this a temporary problem or will supply continue to be patchy for Sino Promise/Kodak customers?

Local industry sources Inside Imaging has spoken to give mixed messages. We have been told recent fulfillment is late and patchy, which parallels the US experience. We have also been told there have been no issues with supply since Sino Promise took over from Kodak Alaris. The general and widespread disruption to worldwide shipping, with shipping costs reported to be rising ‘exponentially’, could be masking a more specific issue with the Sino Promise supply chain.

Southpoint is the largest reseller in the US for traditional lab supplies, and also supplies Fujifilm paper. It clearly sees the supply situation as a potential crisis:

‘…We have started a demand forecast with Fuji to be able to secure more inventory than we have in the past. As you can imagine, Fuji will be inundated with requests for product so we will do our best to continue to build and increase inventory for Fuji paper and chemicals,’ Sean Souris wrote.

‘…Southpoint will continue to make all efforts to purchase as much Kodak paper and chemicals (as allowed by Sino/Kodak), but we have no assurances we can get everything we need moving forward. We already have orders that continue to come in slowly and in moderate amounts, but we would ask that customers be patient as we work tirelessly to secure inventory.

He said that from that point on, orders ‘may be rejected, reduced, and possibly converted to new product (with customer approval). Please check pricing as Fuji products will not be the same as Kodak.’

As noted, there has been no local supply warning similar to that which Sino Promise issued to the US industry. It may be that the rather concerning ‘inability to supply in the foreseeable future’ is restricted to North America – or Sino Promise is either incapable or unwilling to communicate with its other customers around the world.

While Sino Promise cuts and finishes already coated bulk rolls of paper at its Xiamen factory, since 2016 (and we believe this is still the case) the coated rolls have been imported from the US, where they are coated at the former Eastman Kodak facility in Colorado (now Clearstream Health).

According to its website, Sino Promise also manufactures colour paper under its own brand. As well as its Kodak Alaris businesses, it is also Chinese distributor for Canon, Epson and Noritsu.