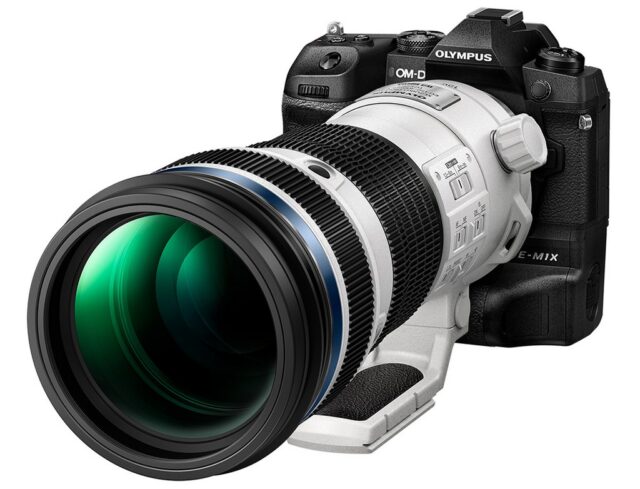 In mid-July, Inside Imaging reported on the forthcoming sale of Olympus to Japan Industrial Partners (JIP), which included a statement by Olympus Imaging’s VP of Global Strategy, Setsuya Kataoka, describing this lens as representing ‘a new chapter in our imaging business’. It was also announced in early 2019, so it’s a big one for Olympus and comes at an interesting junction in the brand’s life. So what does this undeniably expensive lens offer Olympus shooters?

Firstly, the lens is equipped with a built-in 1.25 teleconverter, covering a wide focal length of 300-100mm (35mm equivalent Those hungry for more focal length can pair the lens with an M.Zuiko Digital 2x Teleconverter MC-20 to reach 2000mm super-duper telephoto shooting. This closest focusing distance is 1.3m, across the entire zoom range, and image magnification is 0.57x (or 0.71x with the built-in teleconverter) allowing for telemacro shooting.

The lens has a whopping 28 elements in 18 groups, including a new large-diameter EDA (Extra-low Disperson Aspherical) lens, and four Super ED lenses for reduced flares and colour bleeding across the full zoom range. The exterior consists of a lens barrel designed with magnesium alloy, a carbon fibre lens hood, and the front lens element features a fluorine coating to provide a scratch resistant surface.

The lens weighs 1875 grams and has a length of 314mm, which Olymus is describing as being compact and lightweight.