One Pen, three lenses, one flash from Olympus

The rumoured Olympus OMD E-M1 Mk11 (pictured below right) turned out to be not so much a product as a ‘development announcement’ at Photokina, but the new Pen E-PL8 and a trio of high-end lenses filled the new product bill on the Olympus stand. 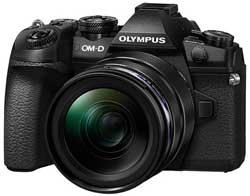 Suffice it to say at this point that the second -generation E-M1 has a 20-megapixel sensor and can shoot at a blistering 18fps in Raw, or even faster if you can do without autofocus support.

The camera has 121 cross-type AF on-sensor phase detection points, spread over a wider area than the original E-M1. Olympus says the autofocus system is completely new.  It can shoot 4K video, including the wider aspect ratio Cinema 4K, at up to 236mbps.

More on the OMD E-M1 Mk11 when it is actually released – which should be later this year. 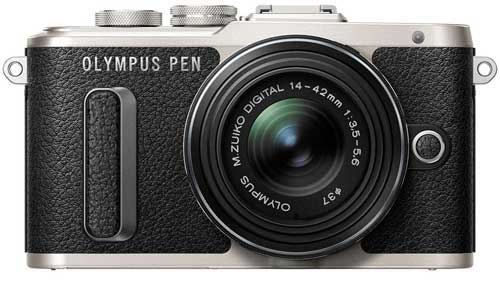 It can record movie clips at Full HD/30p, and features art filters which can be used for both stills and video.

The downward-opening, 3-inch, 1,040,000-dot touch LCD screen is designed for easy selfies, and the camera has Wi-Fi and a dedicated smartphone app for instant sharing uploading and sharing. The app also lets you use your smartphone as a remote control.

The front of the body features synthetic leather and patterned finishes for each colour option. The camera will come in white, brown and black and will be available in Australia from October at an RRP of $899 with the 14-42mm kit lens.

A range of matching accessories will be available, including body jackets, lens covers, shoulder straps and camera bags.

Lenses and outdoor flash unit
The M.Zuiko Digital ED 25mm f/1.2 Pro is a fast standard prime lens (equivalent to 50mm in 35mm format). It comprises 19 elements and includes eight special elements (among them Super ED lens and ED lenses plus E-HR and HR elements) that suppress all types of aberrations. The lens design achieves de-focusing effects that transition smoothly from the focused surface, according to Olympus. 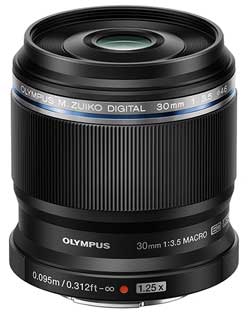 The Olympus M.Zuiko Digital ED 30mm f/3.5 Macro can focus as close as 9mm and has a top magnification of 1.25x (2.5x in 35mm). It has a circular aperture diaphragm for pleasing bokeh, and a high-speed focus system.

It has a working distance of 14 mm for true 1:1 macro shooting, but can also be used as a general-purpose lens.

It supports the 5-axis Image Stabilisation of the OM-D and Pen cameras.  Inner focusing ensures the physical lens length does not change. The new 30mm f3.5 Macro will be available in October for an RRP of $399.

The Olympus FL-900R flash unit features a guide number of 58 and a zoom range of 24-200mm – well-suited to the new 12-100mm zoom. Features include charge time of 2.5 seconds, continuous firing at 1/32 power, and 1/128 power available. It is sealed against dust and splashes, and can be operated wirelessly. An LED light allows for continuous lighting for video.

No local release details are available.