Olympus has finally lifted the veil on its OM-D E-M1X, a pro sports-oriented 20.4-megapixel M43 camera which will be available from late February, with an RRP of $4499. 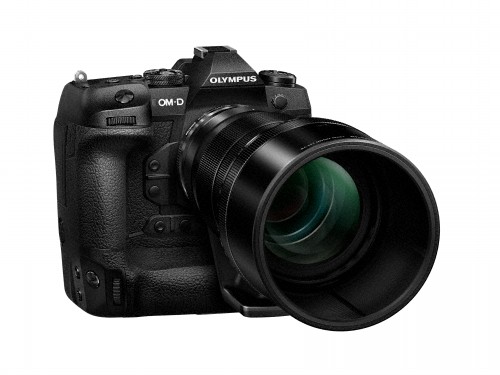 Those who paid attention to the leaks and rumours from the last three weeks will already be familiar with the E-M1X camera. Practically all the information was spot on. Read Inside Imaging‘s ‘first look’ review here.

Since the pre-release info was correct, we’ll leave it here. Read the local press release here. 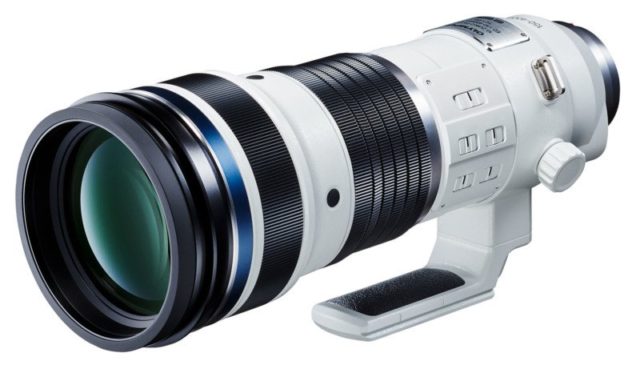 It’s part of the M.Zuiko Pro series, meaning it has quality optical performance and a hardy sealed build makes it dust, splash, and freeze proof.

The lens comes with a built-in 1.25x teleconverter, the first of its kind, which can extend the maximum 35mm equivalent focal length to 300-1000mm.

The IS stands for in-lens image stabilisation. And that’s all we know.

The lens can also apparently double the magnification of the super telephoto zoom lens, for powerful macro shooting.

The MC-20 Digital 2x teleconverter is scheduled for winter 2019.

Read the press release for the lens and teleconverter here.

The FL-700WR delivers full flash power after a 1.5 second charge, and can fire up to 10fps during sequential flash shooting.

A built-in wireless radiowave communication function can go as far as 30 metres, and works areas with obstructions.

The flash is compatible with OM-D shooting modes, such as High Res Shot, Focus Stacking, and Focus Bracketing.

It’s also equipped with Multi Flash mode, which ‘makes it possible to express subject motion by firing multiple times during long exposures or bulb shooting. The intensity, interval (frequency), and number of shots can be configured for perfect settings to match the subject’.

Other features include:
– Super FP flash: This enables high-speed synchronisation that exceeds the camera’s maximum sync speed;
– First-curtain/second-curtain Sync: Fires when the shutter curtain opens7 or closes;
– TTL mode: The flash fires (pre-flash) to measure the required intensity and the output is automatically adjusted to the optimal level. – Equipped with an LED light for movies: 77° angle of illumination, and 100 lux brightness emittance from 1 meter away;
– Bounce: The bounce angle can be adjusted within 180° horizontally and 90° vertically;
– Equipped with a catchlight panel and wide panel: The firing angle covers the focal length of 7 mm (14mm) when using the wide panel;
– Equipped with auto zoom: The firing angle is supported on lenses with a focal length of 12-75mm (24-150mm);
– Charging completion indication: The FL-700WR flash emits an electronic sound when charging is complete.

The FC-WR Wireless Commander can connect to three groups and an unlimited amount of flash units, with the ability to configure which groups to fire and at what flash intensity. Each group has a dedicated button, making it simple to adjust the shooting mode flash intensity.