Vitec, the company behind the Manfrotto range of tripods and accessories, has acquired leading photographic brands Lowepro and Joby. 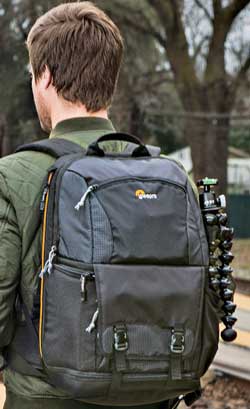 This expands Vitec’s Photographic Division to a portfolio of 22 brands, which also include Gitzo, Lastolite, Colorama and Avenger. The London Stock Exchange-listed Vitec secured the two brands surprisingly cheaply, paying just over $13 million (US$10.3 million) – not much more than a handful of Sydney houses! Daymen, the owner of the Lowepro and Joby brands, had been majority controlled by a subsidiary of GE Capital since 2014.

‘The acquisition will enable Vitec to become the leading global provider of accessories within the newer and fast growing iPhonography and vlogging markets, as well as strengthen their position within the photographic bags market,’ the accompanying press release stated.

Joby’s marquee product is the much-imitated GorillaPod, while Lowepro offers a vast range and variety of camera bags at all price points except the truly cheap and nasty.

Manfrotto in distributed in Australia by Adeal Pty Ltd, while Lowepo bags and Joby flexible tripods are with CR Kennedy.