Syrp, a New Zealand-based camera motion control manufacturer, will re-structure with products moving over to the Manfrotto brand, following Syrp’s acquisition by the Vitec Group in 2019.

Syrp is a homegrown success story, with its foundation formed in a 2013 crowdfunding campaign that raised more than US$600K. The money went towards funding the Genie – a simple, portable solution for time-lapse motion control that uses no external wires, batteries or controllers.

Having smashed the original goal of US$150K Syrp’s co-founders, videographers Ben Ryan and Chris Thomson, had almost 900 units ordered in two months. And its success allowed them to continue designing niche products – predominantly motion control and tracking devices, most which work together for added functionality.

In 2019 Syrp was acquired by the Vitec Group, a UK-based publicly-traded manufacturing group targetting the ‘image capture’ market and owns the likes of Manfrotto, JOBY, Lowepro and others including local distributor Adeal. The Vitec Group paid NZ$4.5 million, according to its 2019 financial report, ‘with up to a further NZ$14.5 million cash consideration will be payable dependent on Syrp meeting financial targets in 2020’.

Following the Syrp acquisition, CineD noted the Vitec Group has ‘long realised the increasing importance of “smart” systems in filmmaking tech, really going after some key providers in various fields of our industry’. Syrp fits into that equation by carving out a nice niche in camera slider and motion control device market.

Now two years after the Vitec acquisition, Syrp’s products will ‘transition to be under the Manfrotto umbrella from both a branding and purchasing point of view’. Specifically the Manfrotto Move series, which are the tripod manufacturer’s line of ‘supports, motion control and stabilisers that seamlessly work together’.

But the Syrp brand name hasn’t been totally killed. The founders will continue with a new ‘vision’ called Syrp Lab, a ‘center for innovation and content creation’, aiming to ‘create the next generation of tools for creators, plugging in our ideas and R&D expertise into the brands that make up Vitec Imaging Solutions’. 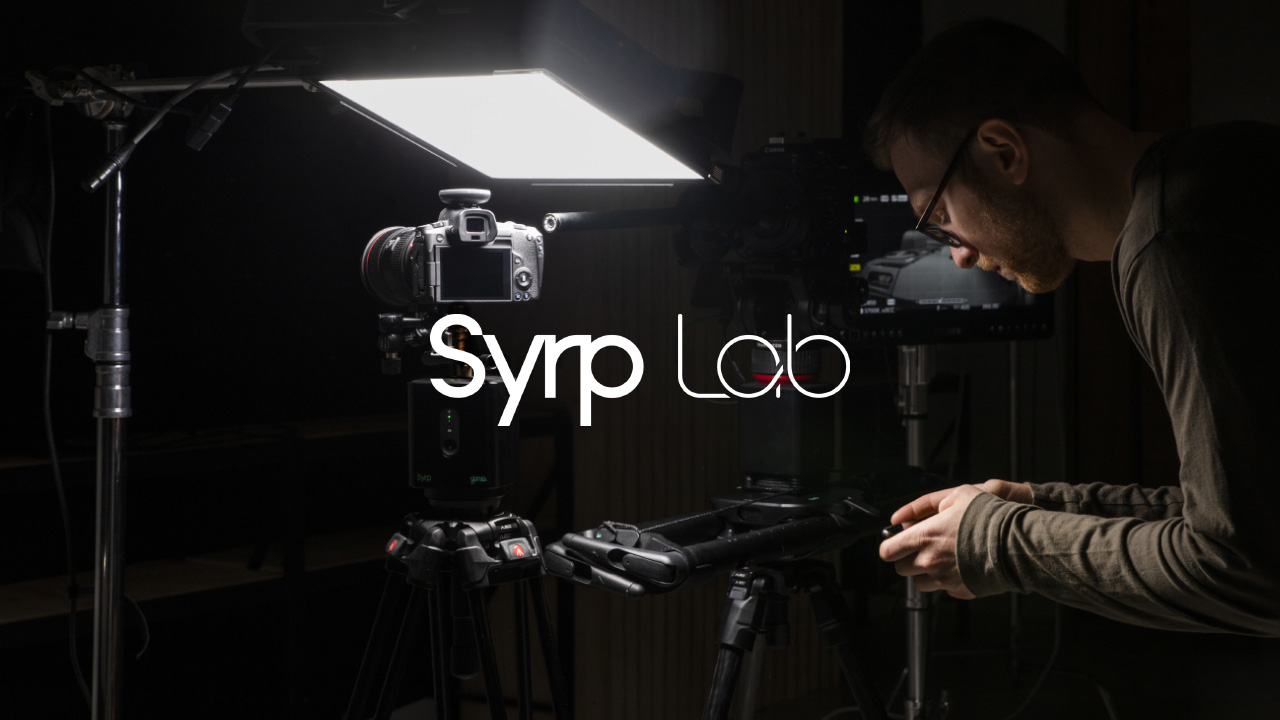 ‘Our team will not only focus on product development but also educating creators about how to use tools to create the absolute best content in the form of a dedicated YouTube channel and accompanying education website,’ Syrp’s founders state. Reading between the lines it looks like the team will create product tutorials and branded content for Vitec, as well as behind the scenes R&D.

‘With this new approach we will emerge with a greater focus and energy on creating new disruptive tools, hyper-focused on user-centered design and best-in-class products for the end user,’ the team states in an announcement. ‘As a result, over the coming months you will notice our logo changing to Syrp Lab with a refined brand, website and social channels coupled with an all-new education channel.’

The Syrp app will also re-brand under Manfrotto, however products will still be designed and supported by the Auckland-based team.

‘If you are an existing owner of Syrp products your warranty will automatically be transferred to Manfrotto. Furthermore, you will have access to an expanded and localized support team globally making it much easier to get hold of support and accessories when required.’