Camera shipments up in Q1

CIPA camera and lens shipment figures for the first quarter of 2017 show the photographic industry trending upwards after around four years in steady decline.

For the first three months of the year interchangeable lens camera shipments have matched or bettered 2016 levels and in March there were around 120,000 more interchangeables shipped than in 2015. 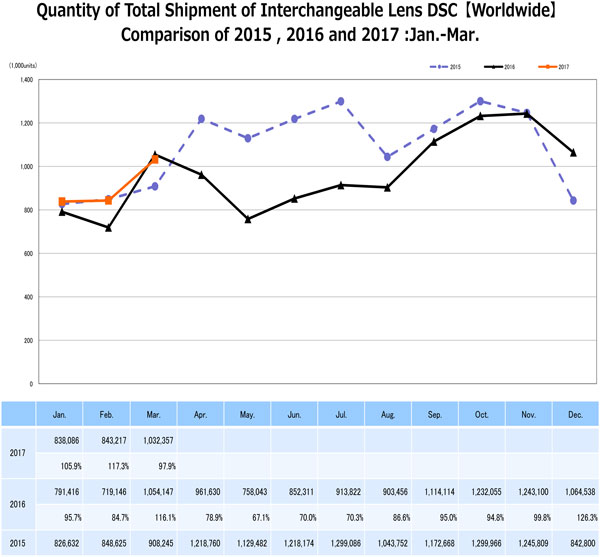 Even shipments of digital compacts were 7 percent up on 2016 levels for the month.

Once again, non-DSLR interchangeables generated all the growth, up 45 percent on Jan-Mar 2016 levels. In fact, DSLRs were down around 8 percent in volume terms, although up in dollar terms, indicating the market for cameras with mirrors is concentrating at the high end.