We look back at 2016, with a few glances forward to the year in front of us.

DSE down and out
The new year started with a bang from more than just fireworks as Dick Smith Electronics collapsed. our special correspondent, John Swainston, provided PhotoCounter readers with a consummate analysis of the DSE

collapse. Photography was a small and shrinking component of Dick Smith, as the brief period when digital cameras became a mass market category came to a close.

Somewhat related to this, retailers we spoke to noted that since the collapse of the digital compact market, there’s been a shift back to specialist photo retailers. The numbers support that mantra. CIPA figures show 11 million fixed lens cameras (including premium models, of course) shipped from Jan-Nov 2016 (latest published figures) while there were 10.3 million interchangeable lens cameras shipped. (In dollar terms, the interchangeables represented twice the value of the fixed lens market – not counting accessory lenses, etc). Go back to the same Jan-Nov period two years ago, and there were over twice as many (27 million) compacts shipped as interchangeables (12.5 million).

Compact cameras have been smashed by smartphones – and when the smartphone snapper wants to take their photo hobby to the next level, they are tending to look past a compact to an ILC. And the young long-haired muso at JB Hi-Fi doesn’t have a clue. In March a Photo Review survey of its photo enthusiast audience revealed that photographers seek advice from expert and user review websites, magazines, and photo specialists when buying new gear. Department stores, mass merchantsand camera company websites and social media sites – not so much.

The critical role of specialist retailers is perhaps supported by the comparative fates of Samsung and Sony in 2016. Samung’s epic fail as a camera manufacturer came down to its arrogant ‘build it and they will come’ attitude. It had great technology, but it just doesn’t work that way in a specialist market – even if you are the biggest CE company in the world. While Sony, in a comparable situation as a relatively new player to the industry, harnessed the skills of specialist retailers to show how great its gear works.

New gear
While there was a fair bit of re-iterating in new camera releases (‘now with new improved auto-selfie!’), some camera manufacturers released genuinely innovative camera technology in 2016 in an effort to differentiate. Nikon invested much time, energy and dare 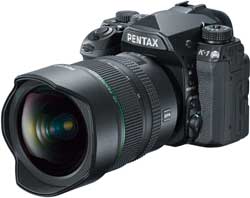 we say hope into its KeyMission 360 actioncam; Sony created a new benchmark of performance with its compact high-res RX-series, while continuing to expand the Canikon-challenging Alpha line; Pentax released its mighty, chock full of value full-frame DSLR, the K-1; Panasonic focussed on video performance, particularly in Lumix camera; Olympus has gone tough and retro, with action cams like the Tough TG-Tracker actioncam, TG-870, and its Pen-F sported an old school look; and Fujifilm has recently shown off a quirky selfie camera.

We looked at a Sydney online camera retailer who was pretty obviously not charging GST. We even asked the ATO whether this was legal. They said ‘no, probably not’, and suggested we fill out a form. Your taxes at work! If only we had an industry association which could represent legitimate industry interests in situations like this.

May saw a more-drastic-than-usual drop in camera shipments, for which the Kumamoto earthquakes seemed at least partially responsible.

GoPro wipes itself out
Three years ago everyone wanted a GoPro for Christmas. But three years can be make or break for a promising start-up. GoPro founder Nick Woodman might be quaffing champagne, sailing the world in his 180-foot luxury yacht but his other vessel, the GoPro, began drifting straight towards an iceberg. In February it announced lay-offs for seven percent of its workforce and killed off its lower-priced cams. It almost halved its first quarter sales. It released no new product until the fouyrth quarter, hoping its Karma camera drone would provide a much-needed kick in business, but it has failed to do so. DJI released its own (better) new compact drone – smaller and more powerful than the Karma. Then there was widespread recalls of the Karma, due to mechanical faults. Its latest GoPro was received with a collective ‘meh’. It must surely be on the cards for GoPro to change hands in 2017. We think Chinese actioncam competitor Xiaomi could be a contender. Or maybe DJI itself.

Maxwell to TNS Connect to Blonde Robot
Maxwell unexpectedly and abruptly closed in April on instructions of US parent, Daymen, handing over distribution of Lowepro, Joby and Tamron to TNS Connect, a global distributor of consumer electronics, and accessories for Apple.

(Channelling Jane Austen), we noted at the time that ‘the whole thing smacks of undue haste’. However TNS Connect assured that the transition was progressing smoothly. ‘Is this going to work?’ we asked. ‘It’s an interesting decision to appoint a European-based distributor with very little experience with the photo specialist channel, and photo specialist products in particular, to take over some of the more valuable photographic brands’.

Well, the photo specialist channel is not for the faint of heart. TNS Connect dropped everything and ran. It shut down its photo division in December. The shortest tenure in history of supply chain management? Quite possibly.

Tamron was picked up by Blonde Robot, which is increasing its presence in the photo industry and garnering good reviews, distributing Metabones, ThinkTank bags, and other photographic accessories. Lowepro and Joby found themselves in the safe and capable hands of CR Kennedy.

Ringing the changes
Another abrupt change was Paul Shearer leaving Camera House/Raleru, after holding the general manager position for 16 years. It was understood the departure was instigated by the Raleru board and reasons were not given. Months later Paul was appointed business development manager for CR Kennedy’s Consumer Division.

And then there was the surprise of Gerry Gibbs Camera House abruptly closing its doors and going into liquidation, with little joy for unsecured creditors. DigiDirect wasted no time moving in to its first WA outlet after acquiring the Cannington property from which Gerry Gibbs operated.

But perhaps the biggest surprise of them all was John and Marcia Paxton selling their stores to Ted’s towards the end of the year.

Quakes rattle camera shipments
As mentioned, a series of devastating earthquakes hit Kumamoto City, Japan, in April, where a number of major factories for camera manufacturers are located. Canon, Sony and Nikon indicated that production would be affected, but weren’t willing to divulge how seriously. Hit hardest was the Sony CMOS manufacturing plant, causing a noticeable supply shortage of Nikon and Sony cameras. Has anyone received a shipment of DL cameras yet? Japanese spokespeople initially indicated the earthquake was no biggie – it seemed like production would be back to normal in a few weeks. Weeks turned to months. The damage was worse than anyone cared admit. Shipment numbers began a slow recovery in October, and the good news is that interchangeable lens cameras have come back strong.

But our current Burning Question readers’ survey sees 70 percent of respondents saying that camera stock shortages through 2016 have had a severe impact on sales, while another 20 percent say shortages have had a minor effect. Yet it was mainly ‘nothing to see here folks, move on’, from the camera companies. It will be  a different story when they deliver their next annual reports, we suspect.

PMA dissolves
After 90 years of operation, the Photo Marketing Association (PMA) could no longer continue due to ‘immense “sea change”’ in photo technology. It came down to a lack of wholesaler and retailer support in the years leading to 2015, resulting in a final attempt to restructure. New CEO Georgia McCabe, her partner Scott Brownstein and dynamic chairperson Gabby Mullinax pulled out all stops to ‘re-invent’ PMA, but dwindling member numbers forced a merger into the Photoimaging Manufacturers and Distribution Association to create The Imaging Alliance. It is ‘diversifying’ and ‘reaching out’ (a term which we call on to be banned in 2017!) to a broader range of potential members, with sights on big players like B&H, Instagram, and Google. Adorama and Best Buy were two of its three Dealers of the Year! Embracing augmented reality, VR, drones and aerial photography are part of this new strategy. This has left a door open for local retailers to form a new group – could that happen in 2017?

(On an entirely different topic, our PhotoCounter Forums went live at the very end of the year, and we will be encouraging open discussion about such matters, any anything else affecting the photo industry, in the Forums in 2017.)

Michaels clocks a century
On a more positive note, Michaels Camera Video and Digital – trading from the same location on the corner of Lonsdale and Elizabeth Streets in Melbourrne – celebrated its centenary in October. Beginning as a pharmacy, the Michaels family business sold chemicals to photographers. In 1975 Alan Michael chose to fully commit to photography and leave pharmaceuticals. Funnily enough, this decision was motivated by supermarkets moving into pharmacy. As a photo store it has weathered many storms, from economic recession through to the changing industry. A mighty effort!

Fantastic Photokina
The brands armed themselves with either quirky, prosumer or seriously pro gear at this year’s Photokina. Canon took another stab at mirrorless with the M5; Nikon banked on actioncams still being cool, showing off the KeyMission 80 and 170, along with the 360; Olympus revealed it was developing the OMD E-M1 Mk II; Sigma impressed with three new premium lenses, notably a darned cheap 85mm f1.4 Art lens; GoPro revealed its much-rumoured entrance into the drone market with the Karma, as well as two new, slightly underwhelming GoPro cams; Polaroid upgraded the Snap Touch camera, which has a tiny printer built in; and Fujifilm went full bling with a limited edition Instax Mini 70 camera designed by a fashion designer. At the other end of the market, Fujifilm showed the GFX 50S 51.4-megapixel ‘affordable’ medium format camera. They’re saying it will compete with the Hasselblads and Phase Ones, but cost around US$10,000. ‘Revolutionary’, they’re calling it. But isn’t the Pentax 645Z more comparable? Same sensor size, similar price…

Thanks to John Swainston for excellent on-the-ground reporting at Photokina for us! Read about the press day here and the wrap-up here.  (And the good news is he still has a couple of high-profile interviews up his sleeve – coming soon: John? John!?

We noted the growth in 2016 of new sources for premium prime and zoom lenses, less expensive, but based on reviews just as or more capable than firs

t party(?) equivalents. We think that these new players, Sigma and Tamron and now Samyang and a brace of Chinese brands –  should invigorate the category in 2017.

Still on new technology, an opinion piece towards the end of the year highlighted how Canon sensors never score well in DxOmark tests. It’s passing curious that there’s little public discussion that the closest thing we have to a benchmarking organisation, often used as a source by journalists, consistently scores Canon a mediocre performer at best. ‘Does the European-based camera and lens testing lab DxOMark have some kind of vendetta against Canon? Or does the world’s leading camera brand have a serious and growing technology deficit?’ we asked. We’ll certainly know by this time next year!

It’s been noted that 2016 wasn’t kind to the music business, but Australian retailing also lost too many of its stars…

Below are a few more stories from 2016 that we couldn’t think of a cute way of weaving into the narrative above, but we think are worth a read anyway:

Amazon not if but when: https://www.photocounter.com.au/2016/amazon-australia-not-if-but-when/

A look at the telescopes and binoculars category with Twin City Camera House: https://www.photocounter.com.au/2016/scoping-the-market/