The Works with GoPro program enables memory card manufacturers like Lexar to ensure that their products achieve optimal performance and compatibility with GoPro products. The Lexar Professional and High-Performance microSD cards are specifically designed for high-speed capture of high-quality images and extended lengths of 1080p full-HD, 3D, and 4K video.

‘GoPro cameras are designed to capture unforgettable moments and users need to feel confident that they can capture this content on a memory card with high speed, durability, and reliability,’ said Adam Silver, director of strategic product partnerships at GoPro. ‘Lexar’s emphasis on these attributes, and its commitment to enhancing the capture experience for its customers, makes it a great fit for the Works with GoPro Program.’

Lexar has also launched a USB 3.0 Reader for new format Lexar Professional XQD cards (pictured left). While only a few cameras currently use QXD, it’s anticipated their numbers will grow this year as camera makers roll out more high-res and 4K capable professional and cine cameras.

For versatility, the reader is backwards compatible with USB 2.0 devices at USB 2.0 speeds.

Kodak closes UK paper plant
Kodak Alaris will shut down its down its photographic paper plant in Harrow, England, one of five remaining manufacturing plants around the world, by the end of the year. 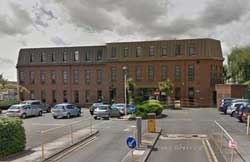 The plant is being shut down due to a ‘drop in demand coming into the factory over the last 18 months.’ It will affect about 250 of the 3000 people Alaris employs worldwide.

Harrow has been operating since 1891, and was Eastman Kodak’s first facility outside the US.

In that odd way Kodak executives have of expressing themselves (if at all) Brian McGowan, head of operations at Kodak Alaris, told a local news website: ‘the site is unfortunately unable to develop a viable business plan for the future going forward. This is disappointing news to convey but unfortunately it is the best option for Kodak overall.’

Canson certification for printers
Kayell is rolling out a new Canson Certified Printer Program ‘open to enthusiasts who simply want to be able to print like a professional, and to professionals who want to show their clients that they are producing work to the highest industry standards.’

The new Canson Certified Printer Program uses the same printing processes as the Certified Master Program, but doesn’t require you to use high-end monitor and lighting equipment.

At the heart of the program are Canson’s Infinity papers and specially-produced custom ICC profiles designed by Dr Les Walkling. 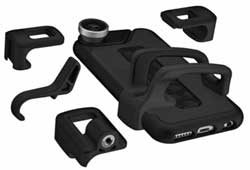 At the core of Studio is the new Studio case, which is built to withstand most accidental drops and includes an innovative rail-mounting system that can be used for any of the Studio line of accessories:
Finger Grip – a two-finger grip for increased stability;
1/4-inch mounts (two included) – to attach a tripod, grip or handles;
– Cold-Shoe Adapters (two included) – to attach lightweight accessories, like a microphone or light, in a snap.
– Kickstand – a new stand attachment for browsing the web, watching a movie or reading an eBook.

New DJI app a Tindr for drone-heads
In addition to a local launch of the safety-oriented new DJI Phantom 4 this month, the drone specialist announced a new social (and online retail) platform called DJI+ Discover.

Users can access DJI+ Discover via an iOS or Android app. The mobile app ‘connects people socially and professionally by enabling drone-pilots and drone enthusiasts to start conversations and meet up while also functioning as a professional marketplace for aerial service providers and potential clients.’

‘Drone pilots like to get together to fly, learn from each other and share experiences with like-minded people. In the same way, people want an easy way to find trustworthy professional aerial service providers nearby,’ saidPaul Guo , director of E-Commerce at DJI.
The app is open to anyone – from those curious about the technology without any previous experience to professional service providers.

Nearby Search shows social and professional users nearby, as well as flying hotspots and geo-tagged photos from SkyPixel. The Experience section guides users to nearby stores, and official DJI events. The Store section takes users directly to DJI’s online store.

The app is currently available in Australia, the US, the UK, Germany and Spain.