Late in December, PhotoCounter asked a group of retailers how they had traded through 2015 and whether Christmas was being kind to them. 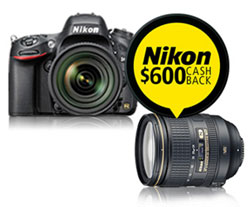 The majority described 2015 as a good – some even said very good – year for photo retailing and all were enjoying brisk business in the third week of December.

We went back to those retailers to find out whether the promising start to the Christmas/Summer selling season continued into January. We also asked whether camera cashbacks, which where the dominant form of supplier promotion through December and January, were aiding sales. This is what they had to say: 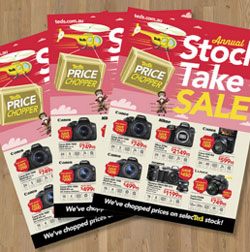 We had a terrific Christmas and post-Boxing Day sale period. Traffic to the stores was up and demand for mid-to top-end interchangeable lens cameras plus lens individually was incredible. Boxing Day was also well above last year’s results, with consumers appearing to wait for the strong offers that are a part of that sale.

All interchangeable lens cameras and lens brands had major sellers on the back of some very strong pricing and offers in the market, supported by our strong marketing campaign schedule.

Cashbacks absolutely drove sales, but there is an underlying level of demand for high quality image capture that is growing, and without that pricing is somewhat irrelevant. The manufacturers were very aggressive with offers and pricing, as were most retailers, so while it was a strong trading period, it remains a very competitive marketplace.

January has already delivered further growth and with most brands releasing key new models in DSLR and CSC, we expect our business will enjoy another very strong year!

David Stallard, Stallards Camera Houses, Tasmania
Christmas and summer was steady and consistent without those few huge days we hope for every December. There was no ‘gun’ product this year but all categories sold well.

Boxing Day was very busy in all our stores, and Camera House EDMs (email ‘blasts’) certainly drove additional business for Boxing Day with lenses and SLRs, and in particular full frame SLRs, very strong in the few days after Christmas.

Canvas is still very strong, as were frames and albums. Big zoom cameras from Nikon, Olympus and Panasonic were the standouts in compacts, and SLRs from Nikon and Canon and ‘pro compacts’ (EM 10s,Em5 and EM1) from Olympus were above expectations.

The camera cashbacks probably meant consumers purchased slightly more upmarket products than they may have originally considered. I’m unsure if it brought additional customers in to buy; it just meant they paid less (in their mind) than if a cashback was not provided. With 2016 being a Photokina year, lots of new products should drive enthusiasts to buy the latest. Let’s hope!!!

Phil Gresham, Fotofast, Brisbane
Christmas 2015 was way up on the previous year but that is to be expected with a new location. What did surprise was the large growth of online orders, especially those to interstate.

Sales were across the board of services, but the biggest was is in film processing in December, then after Christmas. It was like the old days – not quite the rollage though.

In 2016 I anticipate continued growth online and via introduction of a new range of non-traditional photo products.

It was late to start, but we had a very good summer across all services…Go Pro seems to have had a surge, enlargements and our online print ordering was also very well serviced, as well as the continued support of film sales and processing!!

The cash back promotions from most of the camera companies had a limited impact on us as we are not ‘big’ in hardware, but there was a bonus response after the sale…

Our lab services continue to strengthen (eg, 35mm film sales & processing), along with passports, etc, but with redevelopment pressures in our current site we can only do our best in providing good service to our loyal customers as we head towards our 28thyear in business…

Jon Paterson The New Camera House, Lismore
December delivered a moderate growth over last year. We saw a decrease in DSLR, while Mirrorless was up and there was a really strong compact camera performance.

Printing of all types was strong, and canvas keeps on giving. We did drop our catalogues earlier this year and were pleased to see that it didn’t impact on a strong last few days.

Our store doesn’t do Boxing Day, but January growth so far is better then expected. I can point to some improved marketing activity in January from Camera House nationally that has helped drive that business.

2016 has some interesting juxtapositions. The currency position of the AUD is yet to be priced in by some suppliers, while at the same time it is most likely volumes will decline. Specialty stores will continue to take back market share from the CE channel providing growth for those well positioned, like Camera House.

Our job this year will be to continue to drive high profit mix opportunities and be best in market at the launch of some very exciting products being released this year. Crystal ball prediction for 2016 is we will see a considerable reduction in the gap between the highest and lowest price in the market. 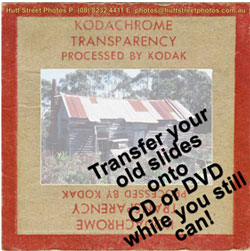 We were busy, without being frantic. As we are not a hardware store (other than frames and albums) we didn’t have a lot to do with cashbacks and the like. We had plenty of last minute, ‘I need a big photo and a frame to put it in’ requests and these seemed to go fine. We had a few last-minute canvases, but not too many. Like I said, busy but not frantic.
For us, it is ongoing scan jobs or transfers to digital.

This year is off to a great start with our first major order 8000 slides to scan! Could it be an omen? We finished up on the previous year, and I believe the momentum we have going now will keep going for some time into 2016.

We have already booked for the IPI show and are looking forward to the show.