Christmas 2014 good, not great, for most

Photo Counter asked a range of Australian and New Zealand photo specialists how Christmas and post-Christmas sales panned out. Did they match the hype from the likes of the Australian Retailers Association and and various consumer confidence indexes? Read on…

First some input from the New Zealand market: 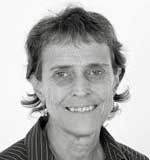 December was not as good as the previous few years. We’re in the CBD which was very quiet compared to past years – shoppers like the convenience of the big shopping centre on the north of our city and our local newspaper ran a front page article on how unhappy retailers were in the CBD, which didn’t help. We have metered parking and it’s free out there. Graham managed to get interviewed and presented a positive aspect.

From Boxing Day on, again the CBD was quieter than past – the shopping centre mentioned above where all the large format stores and chains have massive Boxing Day sales that last a week was extremely busy judging by the queues of cars we heard about.

We need to be in the CBD – we’re a specialist store and visitors stay around the CBD rather than travel out to a shopping centre in the suburbs. They appreciated having someone solve their problems – like battery chargers and spare batteries. One French tourist was so grateful to find a store selling film he purchased 8 rolls.

In terms of hardware trends, more people are purchasing mirrorless cameras rather than the traditional DSLR.

When it comes to printing, people fluff around for ages trying to send photos from their phone to the kiosk for printing. Some people get it but others want help – which takes up staff time. Then all they order is one print!

The HP greeting cards, photobooks and calendars were popular as always – with HP pulling the plug we’re now investigating a replacement for the system that won’t disappoint our customers and will also handle on-line printing orders.

Our city celebrated its 150th late November and our son took photos of the birthday party. We created a photobook and gifted it to the Mayor – and in return got unexpected orders for copies by people who saw the book and wanted their own copy. 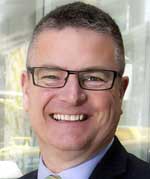 Christmas had a much better feel this year than in the past. There was lots of speculation that the last week could quieten as consumers this year have seemed more purposeful and prepared. The figures said otherwise, with Christmas Eve hitting an all-time high for sales.

Despite that, figures for listed retailers suggest that spending was late and impacted negatively by unseasonal weather.

In terms of the photo industry, customer numbers were up – but sales have been the same or slightly less as average basket values drop. Smaller sales, competitive pricing and continued growth in online is all affecting performance.

For photofinishers, the proliferation of $2 stores, big box discounters and Typo craft stores selling cheap frames has eroded some of the sales opportunities the industry used to enjoy. Canvas, too, has fallen into the commodity market. However gifting seemed strong, particularly seasonally themed products.

Hardware sellers haven’t had the best of Christmases – but neither have many in the CE category. This suggests consumers have been more restrained on larger ticket items.

The big success this year have been wearables for fitness. Fitbit and other similar ranges have shone out as big performers. Perhaps this is a market the photo industry can take a stake in. Gerry Harvey (Harvey Norman) also mentioned Fitbit as a stand-out product in his stores over Christmas, KS.

And jumping across the dutch… 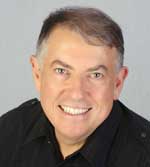 December was successful. It was an opportunity to get new customers and especially to see the long-term customers. Big difference this year was the lack of frame and album sales compared to the city location, but margins were up with the sales of gifting products.

We didn’t open on Boxing Day (we don’t open on public holidays), but some customers had taken the holiday break as an opportunity to sort out photos/negs/slides for scanning, so we were kept very busy.

Christmas was a mix across the board with growth in the commercial part of gifting with large photo mug orders. Canvas and metal were good.

Online is continuing to grow with new customers both local and interstate. 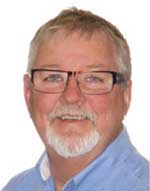 Our December trading period was great. Mind you that is compared to 2013 which by all accounts was very poor, so it needed to be good and it was – up 20 percent on 2013, as it has been all year. I think the biggest effect was a return to strong camera sales with the Olympus OMDs and Canon DSLRs being the standouts. Printing was about the same as last year.

Boxing Day and early January have, as you would expect, been lacklustre, but again up on last year. If that trend continues the FY 2014/15 looks to be a strong result, returning to numbers seen in the early part of this decade.

Boxing Day? I don’t think Camera House does the Boxing Day thing all that well as most stores aren’t open, at least I’m not and I’m sure many other aren’t either, so there is no momentum built. We are mostly exhausted by then, anyway, and a ready for a break. 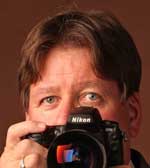 We had a very good December. We were busier than expected after Boxing Day even though we were open for reduced hours, plus we had a backlog of work from before Christmas which kept us even busier.

We are seeing an increase of prints from phones, and an increase in online orders, plus film developing and printing just keeps growing and growing. 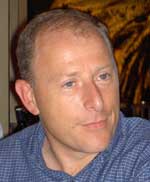 We were very pleased with the outcome in December. Boxing Day was huge and January has been more vibrant so far. 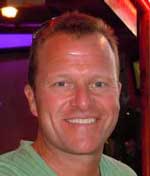 December was a very strong month for us driven mainly by outstanding deals from all manufacturers, which took the focus somewhat away from just price. Also, we took a very strong stock position late in November which carried us right through until the first week of January. Our conversion rates were also very strong, thanks to the wonderful job our staff did at the coalface.

This was by far our best Boxing Day and following sale week in memory. Boxing Day, once again due mainly to the wealth of strong offers from all manufacturers, was massive for Ted’s as were the following key sales days.

We had very good results across all categories so I won’t single any one model or brand out from a hardware perspective, but in terms of new or non-hardware lines we were very happy with selfie sticks.

Our printing business remained steady, although results through January have been very good . 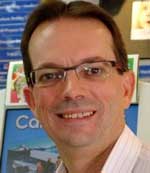 December was successful in the end. It was a late start, but up on last year.

Boxing Day to early January was obviously a busy time for our store based on our location in Byron Bay.

In terms of stand out categories or products, we did lots of printing from all sorts of devices… especially phones…. Fuji Instax and GoPro went well again in this year (when you could get stock!). And plenty of film! Yes, 35mm film & processing through the (Bryon Bay Blues Festival) festival music season!!

Canvas seems to have slowed BUT large format printing has increased… Online? We made the effort to update our web site and online portal and it is starting to pay off. A steady flow of orders, especially for customers having trouble getting through the infamous Byron Bay traffic.

So how was it for you? Feel free to add to these comments below with your own experience over the Christmas/January period…