Photo retailing specialists seem to have shared in the increased consumer spend over the Christmas period reported (somewhat feverishly) in the general press, with good results in service-based products such as framing and gifting reported by almost everyone Photo Counter spoke to, and more mixed but still largely positive results in hardware. 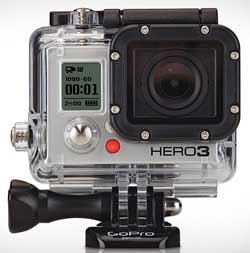 We asked several retailers and Chris Wilkinson, principal of retail marketing consultancy First Retail, how their businesses fared over Christmas, whether there were any stand-out products or categories, and how trade was travelling post-Christmas.

Starting off with some input from New Zealand, this is what they had to say:

Chris Wilkinson, First Retail
A much earlier start to Christmas trading. We think consumers were more purposeful and structured in their approach. Trade maintained a steady momentum. For many there were not the stellar days of the past, but more, good days that made up for this.

After recent years there was anticipation that sales would die down in the few days before Christmas. Instead, it intensified with Christmas Eve trading strongly.

Online really came into its own this year. Those with an established web presence did extremely well in the photo sector. Perhaps this has been driven by consumers ‘searching out’ solutions now there’s no longer the choice.

In the photofinishing arena, decor products were the biggest category. This included enlargements and frames, canvas, photo blocks and acrylics.

Unsurprisingly, actioncams like GoPro drove hardware. FujiFilm’s Instax was a ‘must-have’ for the ‘tween’ market (my 12 year old was most upset I couldn’t bring myself to buy an ‘instant’ camera!)

Trade since Christmas has been patchy – primarily due to the variable weather many in Australasia have faced. It’s either been too stormy to venture out (in some parts of NZ) , or too hot (in Australia).

Nic Peasley, Ted’s Cameras
We had an excellent December following on from a very strong finish to November. Traffic was strong but importantly the level of qualified customers lifted dramatically as evidenced by a strong increase in conversion.

While we maintained our position on tight labour across the portfolio our staff did an exceptional job in making more sales and delivering a better-than-budget result for the month. Also the new branding created by our ad agency, Balance, has unified the offering across catalogue, web, in-store and press. They have done a terrific job along with our marketing and buying team to create a very strong and distinguishable brand presence. 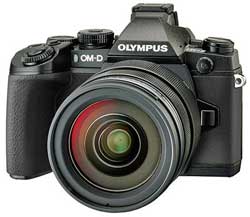 While price and margin pressure was enormous on interchangeable lens cameras, the sell-through underpinned our result. Consumers have embraced quality image capture this year, and sales across DSLR and CSC have been very positive. Also our lens sales have grown well on the back of return DSLR owners looking to broaden their gear and experiences. We saw our best results in the mid to top end of interchangeable lens cameras, with pricing being a key driver of sales.

Once again we have seen growth in iPhone accessories as well as niche products such as canvas prints, wide format prints and block mounting, which we do in each of our stores.

Boxing Day was up on last year and that is with one less store. The demand for that sale was incredible, and we really have only seen it die down in the past week. Once again we went to market with a very aggressive and strong promotion, and the staff executed exceptionally well at store level.

We are very positive about the coming months and believe that the surge from late November and through until last week is a trend that we have been waiting for for some time. New releases both late last year and forthcoming in June are exciting, and will no doubt generate an appetite for the latest new cameras. While the typical lull throughout late January and February is inevitable, we expect March to be the catalyst for a strong finish to the year.

Stephen Perris, Byron Bay Photo Magic
Christmas trade was about what I expected… on par with last year in total even though the categories have changed – less hardware but more printing and frames as an example.
The product mix has kept gross profit margins ok – which we need with everything else going up…. 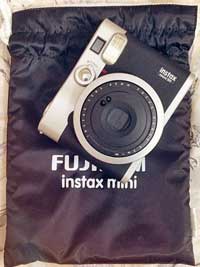 We deliberately promoted frames, canvas printing and iPhone printing (having just installed kiosks that support the Fuji Transpix App). This is slowly building.

But even though saying hardware was down, GoPro continues to sell well (but with low margin, and supply issues), as well as instant cameras. Fuji Instax across all models went well.

As we are still in holiday mode, business has been steady through January with good weather helping our visitors, but less locals around until the holidays end.

2014 will be another ‘interesting’ year. Old seems to be new again in many areas, both in products and design. We are always looking for the right mix in store to match what customers are looking for – that will always be a challenge.

Jon Paterson, The New Camera  House, Lismore
We experienced a really positive December period, bouncing back to better than 2011 after having a disappointing 2012.

The significant difference to last year was that it closed strongly pre-Christmas, where last year I had a team of staff ready to play but the other side, the consumers, forfeited.

Our Canon EOS 700D Creative kit was a clear winner, showing specialty can ask $1249 for a consumer SLR and sell them.

Printing was solid, led again by canvas. We don’t play with Boxing day, but January is tracking in front of last year.

– We also spoke to Darren Spargo, whose business, Pakenham Photo Electronics is both a Jaycar electronics outlet as well as a photo store.

While the Jaycar side of the shop met budget, results in photographics were more patchy. 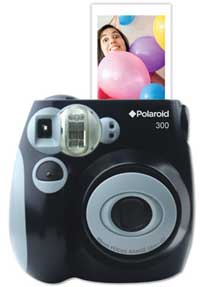 Lenses, cameras and tripods were down considerably, with camera bags and once again, Instax and in PPE’s case, Polaroid instant cameras, selling well.

However the service side of the business partially made up for disappointing hardware sales.

‘Photo printing in a general sense went well,’ he said.

PPE handles picture framing and a range of photo gifting services in-store and this provided a real edge close to Christmas among that group of people who leave their Christmas shopping to the last minute.

‘Overall we were pleased with photo gifting and services,’ he said.

He said this had a real impact on his results this year.

However, he nominated Fujifilm, Olympus, CR Kennedy and Adeal as suppliers who were making a real effort to engage directly with their smaller customers.

– So we then also spoke to Adeal and CR Kennedy, both of whom as Darren Spargo mentioned have a strong affiliation with the specialist channel, to find out how they themselves traded through the Christmas period.

‘Of specific note was the increase in demand for Manfrotto filters, particularly in the Manfrotto Pro range.

‘Memory cards are also popular around this time of the year and this year the Transcend 16GB Class 10 UHS-1 SD Card with an RRP $69.95 was in strong demand. 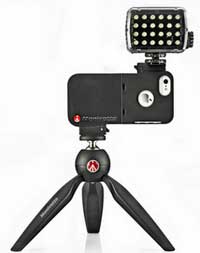 ‘The other major performer for us was the Manfrotto Pixi tripod, Klyp case for iPhone and LED light combo.

‘Post-Christmas, there is much activity in the “Back to School” segment with orders growing in the camera bag and tripod categories.

‘For 2014, we have much to talk about in terms of new products and new brands. We have some great things planned, and 2014 is shaping up as an exciting year.

‘Christmas was very good, particularly for accessories, and within that lenses and memory cards were stand-outs.’

He said that Australian retailers had really come up to speed with their online offerings, and that greatly assisted in keeping sales local.

Another factor favouring local retailers in their battle against online/offshore competitors is that local pricing was now generally in line with what’s available offshore.

‘The pricing has to be right or you are not even sitting at the table,’ he said. ‘Other suppliers are now recognising that.’ 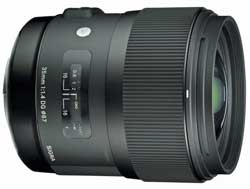 He said CR Kennedy had difficulty meeting demand for lenses like the ‘revolutionary’ Sigma 18-35mm f1.8 and the 35mm f1.4.

‘This is new technology not available from any other manufacturer, and the quality for price is exceptional.

‘This has been one of our best Christmases for lens sales. Even through January we are struggling to keep up with demand.’

He added that sales of the newly-released Pentax K3 had also been pleasing, with the local allocation of the limited silver edition K3 selling out in one week prior to Christmas.

The Pentax K3 was nominated by leading enthusiast website DPReview readers as the DSLR of the year, he added.

Based on Christmas sales, which were a big improvement on what had been achieved in 20111 and 2012, he felt optimistic that 2014 would be a good year for photo retailing.