The Photo Marketing Association is to fold as an independent trade organisation and ‘unite and pool our membership and resources’ with the PMDA – the Photoimaging Manufacturers and Distributors Association. 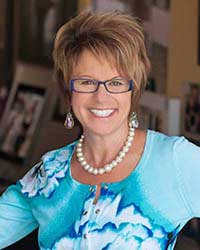 There has been no formal public announcement, although there were strong rumours about changes at PMA at the IPIC 2016 conference in Las Vegas two weeks ago.

In fact, PMA president Gaby Mullinax, Fullerton Photographics, (pictured right) ‘went public’ with the news – beyond the circle of remaining PMA members – on the IPI members’ forum, with the following statement:
‘It is with mixed feelings that I post this today. Over the past year and a half I was honored to serve as your PMA president. It was my privilege to know and work with so many of you as friends and colleagues. I truly respect your energy, creativity and passion for what you do.

‘As a result of the immense ‘sea change’ in photographic technology and the unimaginable market dislocations that have resulted, surviving participants in our industry have been forced to change and adapt in order to address new and emerging business opportunities…and industry trade associations are no exception.

‘We are evolving because our industry is changing.

‘After much effort and thought, there really is no way to continue PMAI as it is structured today. For some time we’ve been in discussion with PMDA concerning a plan to unite and pool our membership and resources. We now have a plan that has been approved by our management and Board of Trustees, and you’ll be hearing more about the ‘next generation’ shortly. As a matter of fact some of you, as current PMA members, may have already received a ballot asking for your vote on this matter.

‘In closing, as sad as we are to see a once mighty association dissolve, we should all be excited about the future of photography. Please keep in touch my friends and keep doing what you do so well.’

The PMDA was founded in 1939 as an association to represent photographic wholesalers. It currently has just 15 members including most of the camera companies, Sigma and Tamron, and a few others.

The PMA was founded even earlier, in 1926, and has represented the interests of the industry as a whole with a sharp focus, until recently, on independent specialists. Strong levels of membership by retailers in the US and around the world (including Australia from the ’80s), and high-profile trade events, positioned PMA as an association with international stature.

A lack of wholesaler and retailer support in staging industry trade shows over the past few years led to a shrinking of PMA resources and a dramatic restructure through 2015 which saw retailing dynamo Gaby Mullinax take on the presidency and ex-Kodak and Fujifilm senior executive Georgia McCabe fill the executive directors’ role. A new agenda was set and innovations introduced, including the outsourcing of most member services.

Unfortunately, the new PMA was unable to convince members to rejoin the organisation in sufficient numbers to avoid the situation we see today.

It’s understood there will be a formal announcement from PMA before the end of the week.