Plaudits for CR Kennedy in Cologne

Clem Kennedy, director of leading Australian-owned distributor CR Kennedy & Co, had a more successful visit to Photokina than most, picking up an award from the industry and one of CRK’s leading suppliers. 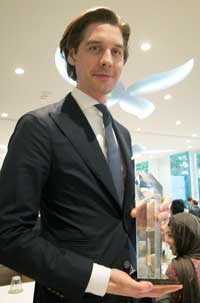 Clem accepted the Gold Award from Sigma on behalf of CR Kennedy as worldwide Best Distributor.

The award recognised CRK as achieving top market share for Sigma in Australia and New Zealand, and particularly for its marketing program for the F1 Grand Prix.

Clem Kennedy thanked Sigma for work it has been doing developing the Art, Sports and Contemporary lens ranges, which have set new benchmarks for lens performance, all hand-crafted in Japan.

Clem went on to thank all of the CRK team and the company’s loyal customers, without whom the win could not have been achieved.

Then it was over to the Technical Image Press Association (TIPA) to accept the previously-announced award for Best Inkjet Photo Paper 2016, for Ilford Galerie Prestige Gold Fibre Gloss 310gsm. 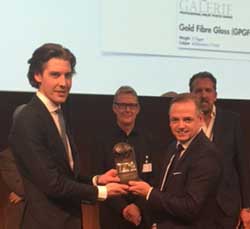 ‘Made expressly to match the look and feel of traditional fibre-based darkroom paper, Ilford Galerie Gold Fibre Gloss offers an ideal surface and look for black and white images as well as reproducing a wide gamut for colour images…’ the judges wrote.

CR Kennedy is both co-owner of Ilford Imaging, manufacturer of the Ilford inkjet range, as well as Australian and New Zealand distributor.