Selling in the Sigma fp

While Sigma Photo had great success in the last decade in introducing affordable professional-grade prime and telephoto lenses which have broken the stranglehold Canon and Nikon enjoyed for decades in this lucrative segment of the market, the company has yet to have the same impact on the camera market. 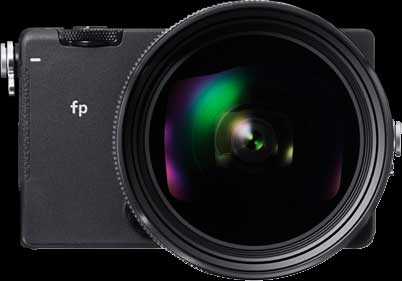 When we interviewed Sigma CEO Kazuto Yamaki back in 2014, he spoke extensively about his aspirations for Sigma as a camera manufacturer: ‘The camera business was my father’s dream, so it’s my mission,’  Mr Yamaki explained at the time.

‘My father founded the company and I took over his business. And the camera business has been very tough for us but still, that’s my father’s dream.’

He adds with a smile: ‘I have to do it, otherwise my father will come from the graveyard…’

The recent introduction of the full frame mirrorless Sigma fp is a step towards fulfilling that dream, but by no means the first…

In 2008, under the direction of Kazuto Yamaki’s father, Michihiro Yamaki, who died in 2012, Sigma Corporation purchased California-based Foveon and its unique three-layer image sensor technology. In 2011, the company announced the SD1 interchangeable lens camera with a groundbreaking 46-megapixel image sensor, offering more megapixels than any other DSLR then on the market.

The Sigma camera which have followed have all been ‘outside the square’, using the highly-rated Foveon sensors and refusing to run with the pack when it came to camera design. The DP Quattro range of fixed lens models really broke the mold of what a camera should look like.

The Quattro range represented what one could describe as a ‘lens-centic’ approach to camera design. Each model was centred on the combination of a high-performance Foveon APS-C sensor and, just as importantly, purpose-built and exclusively-designed high-performance fixed lenses.  Kazuto Yamaki explained that the combination had the potential to deliver better image quality than any interchangeable lens + sensor combination.

Now comes the Sigma fp which, like the Sigma cameras which have gone before it, has some impressive specifications. In this case, the stand-out is that it is easily the smallest and lightest full-frame interchangeable camera on the market. 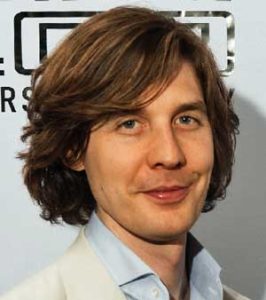 ‘This camera is not just a new product, but a whole new product concept,’ said Clem Kennedy, director of Australia’s Sigma distributor, CR Kennedy.  He explained that the product name ‘fp’ is from the musical term “fortissimo, pianissimo”, which reflects its spectrum of capabilities: ‘It can be used as a simple daily use pocket sized snapshot camera, and it can also be a fully-fledged cinema camera capable of shooting a Hollywood blockbuster movie.’

He continued: ‘Just a few months ago I visited the Sigma factory together with Shant, the owner of Digi Direct, and George, the buyer for Digi Direct, and we were blown away by the technology and quality control of the factory.

‘All Sigma products are 100 percent Made in Japan, or as we like to say, hand-crafted in Japan. All from one factory located in Aizu, Wakamatsu which is north 300 kilometres to the north of Tokyo.

‘When we saw the fp cameras coming off the factory production line all of us were extremely excited by the concept, and we said to the CEO of Sigma (Kazuto Yamaki), that we would do something special to launch this amazing product. So we launched the camera down on beautiful Sydney Harbour with one of the best backdrops in the world.’

He explained that the creation of the fp began with what Sigma called ‘the deconstruction of a digital camera’.

‘Product planning started totally fresh without any preconceptions of what a camera should be like, and resulted in a camera which matches the portability of a smartphone camera with the best aspects of interchangeable lens cameras and cinema cameras.

‘It is the first cross-over camera, which can be classified as a full frame mirrorless camera AND also as a cinema camera,’ he concluded.

So how do you sell-in a camera like the Sigma fp? A $10 million advertising campaign would be help, but short of that, a lot will hinge first on presence in store, and then on the enthusiasm and endorsement for the product displayed across the sales counter. 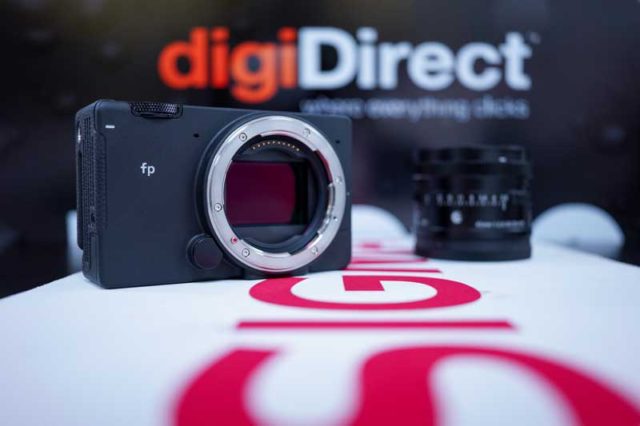 With photo specialist chain digiDirect partnering distributor CR Kennedy in the launch of the Sigma fp, we put a series of questions to Leigh Diprose, digital marketing manager, about what it was doing to win the hearts and minds of its sales staff over to this exotic new camera…

Inside Imaging: Sigma is relatively unknown as a camera brand – was this unfamiliarity something that had to be overcome – that is, did staff have first to be persuaded that a Sigma camera was a valid competitor among the more familiar brands?
Leigh Diprose: Indeed an interesting question. The Sigma brand has emerged from a rich heritage of award-winning lenses. The brand has continued to gain respect across the across digiDirect’s customer base with the introduction of Art Series lenses and more recently, the Sigma fp camera. digiDirect staff were, therefore, eager to start selling the new camera as there was a familiarity and similarity with existing niche products in the cinematography lineup.

The Australian supplier, CR Kennedy showed keen interest in partnering with digiDirect to launch the new product in Australia due to a collective knowledge across the growing digiDirect business. With such a strong list of specifications, particularly with video, digiDirect has positioned the Sigma fp as a viable option for the avid cinematographer or videographer.

What did the staff training on the Sigma FP entail (training evenings? online content? hands-on familiarisation?)
With all-new Sigma product launches equipping the digiDirect staff with the correct knowledge continues to be a high priority. To assist with this effort, CR Kennedy has conducted a number of digiDirect staff training sessions. Sigma also hosted a factory tour for select staff in Japan to showcase the prestige abilities of the Sigma fp.

The staff training extended to showcase the features and benefits in a variety of camera and lens combinations. Specifically there was a strong focus on the video functionalities which continued through to the launch where attendees heard from reputable speakers including award-winning cinematographer Pawel Achtel, ACS and Tom Kuza and Ben Treasure, directors from Brisbane production group X Media.

In following up the success of the camera, CR Kennedy is continuing their effort to plan more digiDirect staff training to further promote and identify the Sigma fp as a flagship in space.

Has training made staff more positive towards the product – have they become fans? (Have any actually purchased one?)
While we can’t comment on the specific purchasing patterns of our staff, digiDirect personnel continue to be advocates of the Sigma fp, especially those whose skills extend to cinematography and videography. It’s because of this advocacy, digiDirect customers are sharing in the excitement of the Sigma fp.

As well as Sigma being an unfamiliar camera brand, the fp itself is an unusual camera in terms of size and form factor, and the modular design approach – was this an obstacle to acceptance by staff?
The form factor for many cameras has undoubtedly changed thanks to the design of a mirrorless body. From what we have heard, the general comments made by digiDirect staff surrounding the form factor of the Sigma fp are one’s of growing interest and appreciation for a modular design. So much so, that digiDirect has been committed to stock an extensive array of compatible lenses and accessories to fullfil the wishes of an aspiring Sigma fp filmmaker.

What have been the results so far – do you think that potential buyers are likely to get a better intro to the fp across the DigiDirect counter than in stores where there hasn’t been a focussed effort to train staff in its features and benefits?
Great question. In terms of answering on behalf of competitors that would be a question directly for them. With that said, the supplier relationship and training investment have played a significant role in transferring knowledge to digiDirect staff and ultimately in growing camera sales.

Fortunately, CR Kennedy has recognised this, which is why they chose digiDirect as the official Australian launch partner for the Sigma fp camera.

Any observations on customer reaction so far to the fp?
There has been a varied mix of reactions to the Sigma fp. For many seeing such a small camera for the first time has piqued scepticism. However, when trialling the camera in-store, after receiving education on the features, the majority of customers are blown away with the quality and growing number of Sigma fp rigs on offer. The possibilities of producing quality footage with a smaller form factor have indeed surprised many customers.

Click here for a short video on the Sigma fp launch event.