Given an interview opportunity with business journalist Ross Greenwood on Sydney radio station 2GB earlier this month, leading photo retailer Tom Saade (Tom Saade Parramatta Camera House) opened the discussion up from a narrow focus on wages and penalty rates to explain some of the other pressures facing specialist retailers in Australia. 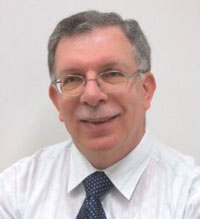 Tom pointed out that ‘we live in a global market’ where he competed with larger stores, online and drop shippers, and it was this expanded competition from new channels that made penalty rates more of a problem, rather than the rates themselves.

He added that on a quiet day ‘you can actually lose money’ opening on a Sunday. He also noted that he was forced to open on Sunday whether he wanted to or not, as he would be in breach of his lease if he didn’t. (‘And I can’t tell you what the landlord charges,’ he said.)

He also acknowledged that his business needed good, experienced staff to provide the best customer experience, and that ‘you have to pay good money to keep them.’  A challenge which came with high Sunday wage rates was that if a store reduced staff levels to save – or avoid losing – money, it impacted on providing customers with the best possible in-store experience.

When asked what the solution was – Ross Greenwood suggesting it might be in lowering base rates of pay – Tom said that a change of mindset was called for across the board, noting that resolving the GST threshold issue was something which could help, and going on to identify the larger overseas-based suppliers as a part of the problem in local photo specialist retailing.

‘The suppliers that we buy from have to…realise it’s a global market,’ he said. ‘After doing business for so long and treating Australia a bit like a cash cow…if I can say that – unless they drop…some run the risk themselves of being not viable to remain in Australia.

‘There is no reason why in future they cannot ship from Singapore and on many occasions when they do that we get [orders] quicker than when they do them from here,’ he said.

COMMENT: In most discussions on the weaknesses in Australian retailing, the role of suppliers in the retailing ecosystem has remained ‘out of sight and out of mind’ of the general public. By identifying suppliers’ performance as a factor in the equation, Tom has helped take an increasingly negative focus off retailers and their staff, who have become something of a whipping boy in the general discussion on prices, range and customer service levels. This is the kind of role a retailers’ association should take on. Australian retailing needs to re-build bridges with Australian consumers. Great job, Tom!