The Australian Retailers Association (ARA) has called for a halving of Sunday penalty rates for workers in the retail sector, from double time to time-and-a-half, and the inclusion of employees working in the online retail sector under the Award. 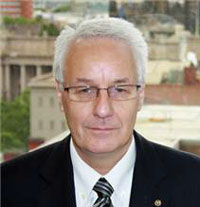 ‘The ARA’s submission to FWA isn’t to abolish penalty rates but to reduce them to a more competitive level,’ said Russell Zimmerman, executive director of the ARA (pictured right).

‘Retailers need to compete in an open 24 hour global online market with many businesses choosing not to open on Sundays in particular because it’s just not profitable to.’

‘It is disappointing the Government’s submission to FWA doesn’t recognise the impacts of penalty rates on the retail sector and is also unduly influencing the FWA’s review process, which was set up by government in the first place,’ said

‘It seems the retail sector has advocated to take one step forward for the future of an industry operating 24 hours a day, seven days a week and reliant on flexible employment, while the Government has taken two steps backward, hanging onto an outdated “five day working week” mentality which is no longer a reality.

‘Retailers are calling on the Government to allow the FWA process to run on the evidence submitted, and the body it established to make considered judgements to do so.

‘This is a critical issue during a dramatic time of change and growth for retailers, who need to be able to reach consumers in ways relevant to them, compete on a global scale and provide flexible employment to multiple facets of our modern society,’ said Mr Zimmerman.

‘The objective of the retail award is to set a minimum safety net for both employers and employees. However, retailers are increasingly concerned this minimum safety net is too high, leading to substantial labour cost pressures which poses a threat to long term employment and viability.’

The ARA has recommended key Modern Award reforms to FWA in its submission, including:
1. Variation to the definition of ‘general retail industry’ to include online retailing of goods and services, ensuring those employed in online retailing are covered under the Award.
2. A reduction in the Sunday penalty rate from 100 percent to 50 percent would assist in the challenges facing the industry to trade seven days a week while ensuring employees have access to jobs and flexible hours.
3. Removal of unnecessary administration involved in changing the hours of a part time worker by agreement, which impedes both part timers’ access to flexible hours and employers’ ability to ensure hours worked are productive.
4. Reducing the minimum shift requirement for employee training sessions to allow retailers to adequately train staff, which they are currently unable to do without significant costs involved.