With the dust well and truly settled on The Digital Show (October 16-18), PhotoCounter has gathered together some facts, figures and opinions from exhibitors and attendees… 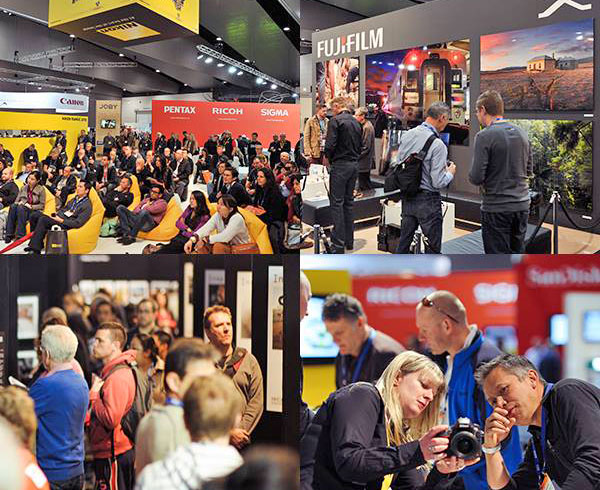 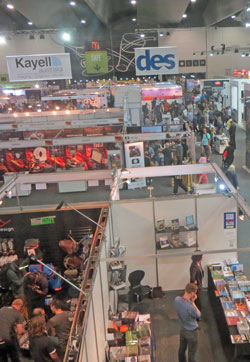 As principal show organiser and IDEA vice-president, Professional, Rob Gatto told PhotoCounter, this was anticipated, as all non -trade attendees were charged an entry fee of either $15 (pre-registration) or $30 for the first time this year, whereas in previous years free entry was offered to the general public if they pre-registered.

Added to that, the Art and Frame show was not co-located with The Digital Show this year, and there was no PMA conference to encourage trade attendance. On the other hand, Camera House holding its AGM and conference in Melbourne would have been a boon for trade attendance.

Speaking to Rob Gatto on the last day of the show, he thought the Friday attendance was the best ever and ‘Saturday morning was massive. It’s good to know you are in synch with people.’

As to general attendance he said ‘there aren’t empty stands, but maybe people aren’t 15 deep this year.’

He mentioned that feedback on the floor and from social media pages was that people were not happy that major photographic brands such as Panasonic, Sony and Canon didn’t participate. (And he was right – see separate story.)

Some other details from IDEA supplied to exhibitors include:
– 61 exhibitors representing at least 138 listed brands;
– Approximately 600 exhibitor staff and on-stand personnel (not included in the attendance figure);
– 36 workshops with 4 different speakers through the 4 Creative Corners over 3 days;
– 14 different speakers at the free Inspiration Theatre over the 3 days;
– 986 attendees to the Adobe Theatre on the show floor with 3 speakers and 27 sessions over the three days.

IDEA supplied PhotoCounter a break-down of attendee categories, with a strong warning that the figures are not entirely reliable, due to people mis-using the various free and discount promotional codes.

So while there were around 10,000 people attending as general public, with no promotional code, the following categories are less reliable:
AIPP: 3307 – 20 percent. As there are just over 3000 AIPP members in total, it appears this particular code was used more often than, um, appropriate. The figure includes about 150 volunteers with the APPAs
Retailer: 2460 – 15 percent. (‘There is no way we had that many retailers but this is the quantity of uses the code had,’ said Rob)
Photographic Studies College: 350 – 2 percent;
Media: 250 – 1.5 percent. (I don’t think so! KS).

Wearing his Kayell managing director’s hat, Rob said that reactions of attendees underscored The Digital Show is specifically a photography show. ‘We brought in a fair bit of video product and people were not as interested.’

He said printing was popular category on the Kayell stand, with a lot of interest in premium substrates. Lighting systems also attracted keen interest.

Steuart Meers from Photo Direct, another B2B-oriented exhibitor said the show was ‘good – better than expected.’

‘But is it a trade show or a consumer show? We need to decide.’

The Photo Direct team threw itself into communicating with consumers as well as the trade when the opportunity arose, and had a lot of novel and inexpensive framing and display product on show.

‘There’s been a positive attitude from consumers. We’ve been showing them what you can do with your images – block mounting, glass, etcetera. We have been very, very steady because the stand is appealing to both retailers and consumers.

‘Even things you think people would know about they are sometimes unaware of because not all the options are being presented in retail stores.’

The star of the stand was Photo Direct’s DNP printer-DiLand software combination, which attracted a mix of retailers and pro event photographers.

‘”Wow” is what we’ve been hearing as prints roll off,’ said Steuart.

There was also interest in wide format from photographers looking to take more in house.

‘I’ll know when bookings come through (whether the investment on the stand has paid off) but it feels good. It’s been a worthwhile exercise.’ 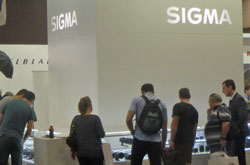 John Wallace, on the Sigma counter at the  CR Kennedy stand said he was happy with the quantity and more so the quality of the people stopping by, but was among the large group of people who would have liked to see Canon and Sony at the show.

‘For me, most of the enquiries have been about E-mount (Sony Alpha) lenses. I think if Sony and Canon were here it would be fantastic.

‘If we are an industry then we have to act like an industry. Sony and Canon should be here.’

Almost every person we spoke to made the same point about the Canon and Sony no-show. To avoid repetition and accusations of negativity, we will leave those out  in the remainder of this story. 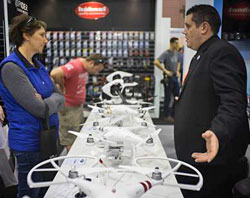 -But one person who didn’t think the absence of Canon and Sony was a problem – looking at it more from the point of view of a business being given a free kick by the competition – was Clem Kennedy (CRK). With a big range of premium alternatives to Canon and Sony lenses, for instance, their absence provided some ‘clean air’ for the CRK range.

‘Every time I’ve looked around we’ve been busy,’ said Clem. He said there was a lot of interest in SanDisk memory product, the new range of Sigma filters, as well as the aformentioned Sigma Art lens range, the Light Cube range of Australian-developed LED lights, and DJI products, with lots of enquiries about the new Osmo, an innovative  4K/12-megapixel camera and gimbal with a detachable handle. 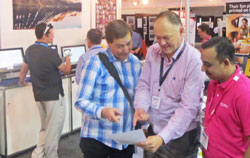 Independent Photo Supplies (IPS), which staged an unprecedented ‘printer shoot-out’ at the show, was happy with the response.

‘Trade customers showed up and sought us out. So we were pleasantly surprised – the trade did come,’ said IPS managing director, Stuart Holmes.

‘Camera House (holding its AGM simultaneously) made it worthwhile from our perspective. The Camera House guys were taken through. The schools photographers as well. 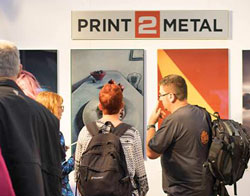 ‘We had so many print technologies on the one stand for the first time. It’s worked, and all channelled through Dakis software.’;

He noted that for a trade-focussed exhibitor like IPS ‘having the trade and consumers together is not that great.’;

On the other hand, ‘the printer shoot-out had a great response’. Most visitors were interested in comparing the Noritsu and Epson options, but there were leads generated across most equipment being trialled,  ‘and we even had a prospect for a wet lab.’

The Fuji Xerox laser option was also in the mix, but he noted that there was more interest overall in inkjet rather than laser or dye-sub printing.

‘There’s no questioning of image quality and technology any more. It’s a matter of just how long I hold on to existing equipment and getting finances together.’

He conceded that some manufacturers represented at the’one-stop shop’ printer shoot-out were more enthusiastic about the initiative than others, and singled out Noritsu as ‘really supportive – I want to congratulate them for that.’;

Mainline Photographics described the response to its stand as ‘not too bad’, but would have preferred to have had free admission for the general public.

‘But the people coming in are serious photo people.’

The NISI square filter system and Sirui tripods were particularly popular on the Mainline stand. ‘Feedback has been fantastic,’ said Mainlines’ David Jenkins.

Phil Gresham was one interstate visitor who was glad to see trade exhibitors like Photo Direct and IPS play a role at the show: 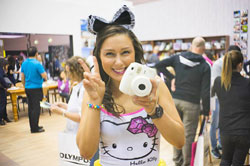 ‘I was delighted to see IPS and Photo Direct exhibiting, it was great to catch up and discuss things and see new products, for a while at least it felt like a real trade show for me,’ he said.

Overall, though, ‘the show seemed quiet, there wasn’t a lot there for someone in the lab industry. It was probably a good experience for the target audience of keen consumers.

‘I was disappointed with the new Fuji Wonder concept, I thought that they could have taken the Polaroid Fotobar concept to another level.

‘The best part of the show was catching up with old friends and meeting new ones. But after attending shows since 1977,this is probably my last as they are no long relevant.’

Recently retired Maxwell International managing director, John Swainston said the 2015 Digital Show was ‘Particularly enjoyable as it was my first time as a consumer.’

‘It was extremely user-friendly and informative. Everyone added value wonderfully well. I learned something! He said that one thing he picked up at an Adobe presentation virtually paid for the trip by itself.

He singled out Adobe, Nikon and Olympus for ‘top drawer presentation’.