The Digital Show: Working the cattledog

The floorplan and exhibitor catalogue for The Digital Show (Melbourne Exhibition Centre, May 25 – 27) published this week by organiser IDEA, shows a considerably smaller exhibition than in recent years, both in numbers of exhibitors and space occupied.

On the other hand, most of the key suppliers to specialist retailers and the professional channel have taken stands, as have most of the big names in enthusiast photography. Keen enthusiasts have another lure in the rich program of seminars and lectures. Three out of four corners of the exhibition space are occupied by lecture theatres – The Training Camp, The Digital Show Theatre and the APPA judging space.

The photographic exhibition which has complemented the annual equipment show over the past decade has been brought in from the public walkway and utilises space which hadn’t found a taker among paying exhibitors.

The schedule of lectures and seminars, along with the photo exhibition on the show floor, should serve the purpose of smoothing out peaks of activity on the stands, as attendees have alternative activities for when the larger enthusiast-oriented stands are too crowded.

With a significantly smaller number of exhibitors and stands, and a marketing campaign designed to attract an attendances of 20,000 plus, most on Saturday and Sunday, congestion could be an issue – no doubt an issue the organisers would be delighted to encounter!

To download The Digital Show catalogue (there will be no hard copy this year) click here.  You will also have complimentary access to one of Media Publishing’s latest ebooks, Mastering Digital Photography.

Photo Counter has previewed the exhibitor catalogue and nominated a few stands we think might be of interest to our predominantly retailer readership. (And with just a smidgin’ of favouritisationisticality towards our advertising supporters):

The 3AW Broadcasting Lounge is not a stand exactly, but will certainly be a centre of activity. On Friday afternoon it will play host to Bill McCurry and his Fabulous Hot Picks. Be gobsmacked by innovation, gurn longingly at the ingenuity on show, and learn how you can make an extra buck or two.

On the Saturday and Sunday the hyper-enthusiast photographer and radio personality, Darren James, will be broadcasting on 3AW  from the show floor, from 6am until 12 noon.

– Now here’s something different: on the Aerobot stand (#31) you’ll see all manner of helicopters for cameras (multicopters to be precise) and contraptions to help airborne photographers get better shots. I think.

Aerobot’s boffins are unveiling a prototype model for the first time at the show. Model of what you might well ask? To find out, front up at stand 31. Just watch out for low-flying Canon 5Ds.

Starting to feel like a terrorist when you venture out in public with camera in hand? Sick of officious Jobsworths telling you what you can’t do? Visit the Arts Freedom stand (#55) Arts Freedom is working to educate people who are not aware of their eroding rights and loss of freedom of expression caused by the imposition of fascistic laws on photography in public places. As a fund-raiser, Arts Freedom is holding a Dutch Auction of some iconic works by some of Australia’s top photographers. 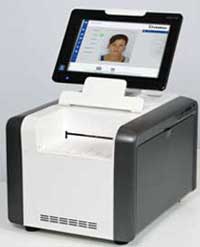 Drop by the APS stand (#62) for a warm welcome by Rob Dessmann and the APS team. The new ‘world first’ ID Station Biometrics Business in a Box passport photography package for retailers will be a highlight on the APS stand (see separate story), which will also feature the full and burgeoning APS/Brands Australia product portfolio, not least the re-emerging Polaroid digital instant range.

Blond Robot (Stand 61) is a rare newcomer to the annual photo show. Stand-out brand is GoPro, which from all accounts has proven a winner with its active lifestyle camera range. Drop by if only to find out why the fruit someone would call their distribution business ‘Blond Robot’. (I know I will!)

Not a million miles from GoPro in application, if not in design, is the Contour camera range from distributor Meeco Sales, another new exhibitor (Stand 52c). The cylindrical Contour range of cameras are designed for snow sports, biking. motorsports and the like. And just in case, they are waterproof to one metre. Meeco Sales might be looking for some new specialist distributors. Looking at the store locator on its website, there’s a concentration on capital cities and Harvey Norman. And to paraphrase someone else’s witticism, ‘the worse thing than not having Harvey Norman as a customer – is having Harvey Norman as a customer!’ 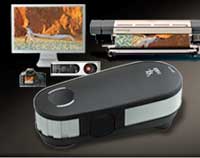 DES (Stand 64) has distinguished itself by producing a press release for the show – so we’ll honour the effort. Among the new releases on show from this well-established digital fine art and photo media solutions specialist is the Xrite i1Pro2 professional colour management solution, described as ‘the next generation of Spectro’. There will be regular demonstrations of accurate colour measurement, calibration and profiling using the new Xrite system.

In addition, products being rolled out by DES at the show will include i1Display
Pro, ColorMunki Photo and Color Checker Passport. There’s always something to learn, and always something going on at the DES stand, no matter whether you are a pro or retailer seeking ways to improve the quality of your output.

Digiframe (Stand 28) must be doing something right! A regular exhibitor and an early player in the now (somewhat buggered) digital frame market, Scott and Lil Jolly are down from Queensland once again to show you what they’ve got. And that includes some nifty little photo scanners and a new line of in-store digital signage for retailers.

High-end colour monitor specialist Eizo (Stand 79) has a genuine world-first on its stand which shouldn’t be missed – the ‘first true 4K monitor (4096 x 2160 pixels) in the world’ . It’s been brought over from Japan exclusively for The Digital Show. The sexily-named FDH3601 is a 4K x 2K resolution, 36-inch LCD monitor with LED backlight which enables full 4K playback with true 10-bit colour, powered by AMD’s latest graphics card technology. Check out what the future (of soft display, at least) looks like. 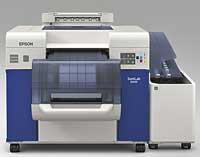 Don’t rush past the Epson stand (#58) without giving the new Epson Surelab the once-over. This would have to be the must-see grey box for specialist retailers. It’s been an interesting year for advances in inkjet photo printing, and Epson has made it more interesting with this move into minilabs. (See separate story.)

Metallic-look papers have become fashionable over the last couple of year. Giclee (Stand 15) has a new Slickrock Metallic Pearl 260 stock which it says delivers a 3D-like effect and works a treat with black & white in particular.

Our good friends at Independent Photographic Supplies (Stand 50) have built a business from the ground up for specialist independent retailers. With Noritsu not exhibiting this year, the iPhoto stand is the place to go to check out new Noritsu dry lab technology, and the rest of the ‘soup-to-nuts’ iPhoto product portfolio for specialist photo retailers. Pat Hugron from online photo retailing software specialist Dakis will fly in from Canada for the show, and Stuart, Rob and Bruno will be wanting you as a new recruit for the IPI marketing program they have brought over from the US. Visit them on Stand 50.

Who be JJC? Could be worth dropping in at Stand 41 to hunt up some high-margin, long-tail-type lines. JJC (also down from Queensland) distributes a range of remote timers, wireless shutter releases, and lens and camera accessories and cleaning kits. 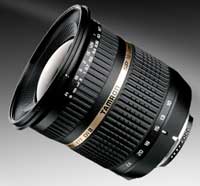 It’s highly likely that staff on the Maxwell stand (35) will be flat out during the show, so drop in on the Friday to check out new releases and any show specials on offer. With Tamron, Lowepro, Joby, Lensbaby and Cokin in its busy portfolio, there’s a lot to see on the Maxwell stand, and it’s always a pleasure to to spend some time with John Swainston and Paul Gibbs – even if it’s just the once a year. Maxwell has high expectations for the new Tamron 10 – 24mm lens for the second half of the year.

Nova Sublimation distributes the Chromaluxe range of wall decor photo panels, which will be  featured prominently on Stand 39 in various sizes and mediums. ChromaLuxe is the leading brand manufacturer of high definition sublimatable (is that a real word?) photo panels in aluminium or wood. They are fade resistant, won’t yellow, are abrasion and scratch resistant, stain resistant and easy to clean.

Ozical (Stand 74) is another company which keeps on keeping on. The year after Jessie He first appeared at the annual show with a small stand and a brace of inexpensive Otek-branded digital compacts and camcorders, it was frankly a surprise to see her back. That was about 10 years ago. Since then the range has become broader and Ozical is now moving to new lines such as a 3D HD Camcorder, and even exotica like inspection cameras and a dashboard camera. Always worth a visit.

While HP won’t be at the show, distribution partner Photo Direct will be, promoting Lifepics online photo ordering software and its other product lines such as the Gallerie Wrap Framing System, personalised gift wrapping paper and cool-looking MyTego mobile phone skins.

Good to see Tasco fronting up to another show (Stand 24). While Ricoh is now over with CR Kennedy, Kevin Johnson’s team has a lot more to talk about, such as the new Go-Cam, a challenger to the current dominance of the Go-Pro active camera range, as well as GE cameras, camera bags, tripods and other accessories by the dozen – and of course its long-established binocular and telescope range.