Changing of the guard?

Alan Small (Taree Camera House), steps back and takes in the big picture, identifying South Korea ‘where ‘highly organised and cashed-up manufacturers are looking hard at the photo industry’ as a possible source of future market leadership… 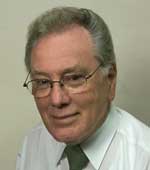 I doubt that the photographic industry is in serious long-term decline in an overall sense, despite how it may look through GFK figures and other measuring systems.

People of all ages will always want to make images and therefore a substantial industry in some form will always exist, although we operators within the industry will have to adjust to huge changes – let’s call it ‘serious reform’.

The numbers this industry once generated in the full flush of the digital revolution were not sustainable even in ideal economic conditions – but the world is now in a serious and long-term readjustment of its economies, from China to USA, to the major players in Europe and certainly in Australia and Japan.

The implications of these adjustments are not yet clear – it is too early to be sure, but we can be certain that the next decade or more will be economically bumpy for all industries who rely on the uncertain spending habits of their populations and those who govern them.

The only organisations who may be quarantined from the new economic order are those who control the money supply and even that could be more complex than it now appears.

The photographic industry as it now stands will certainly be caught up in this cavalcade of change – from retailers to distributors to manufacturers.

If it is to survive in the manner we hope, the photo industry will need to fully understand the immense competition for the shrinking discretionary dollar of the future – much greater forces will be at play than in today’s competitive market – and will be required to be vastly cleverer than simply driving the price to the bottom, which has been the way of business over the last decade and a half – encouraged and and promoted by misguided manufacturers desperate to position themselves as market leaders at any price.

And that price is slowly being extracted now and will become more painful in the coming years as the lessons of brand value, market stability, long-term customer loyalty, product innovation and yes, fairness, become more evident.

Brilliant marketers will continue to do what they have always done; drive their products and industries with a high degree of emotional values and skill, with better margins than is the way of most mainstream operators today.

Part of the mix of factors governing changes that are on the way may come from South Korea, where highly organised and cashed-up manufacturers are looking hard at the photo industry. The process could be speeded up considerably if the South Koreans choose to buy and/or employ some Japanese technology as for example Hyundai and Kia et al did with the car industry. They have rapidly progressed from names associated with a smirk to major players all over the world, and the smirk has become a grimace – all in under a decade.

None of us know the future, but you are invited to ‘watch this space’ for more interesting developments.

You are also invited to consider what happened to Pan Am, Kodak and to some extent, is now happening to giants like Sony – all who had developed a culture of being unstoppable monolithic structures that simply ruled their fields of endeavour, beyond question.