‘Trend-setters’ do us no favours

Stan Kessanis, principal of Standalone Design, a preferred supplier (in the true sense of the term) to the photo industry for marketing communications design and production, was prompted to put his thoughts into words in response to Alan Small’s article last week… 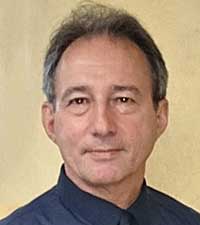 As an industry ‘stalwart’ who has been heavily involved in the marketing of the photographic product from the late 1980s through to the current time I, and many others I speak with in the photographic community, lament the loss of those business values that Alan Small describes so well.

However, I fear that the trend is set and may not ‘re-set’. The analogy of the slippery slope comes to mind: Once the big retail brands started pushing their mantra of low prices as being paramount, they conditioned the consumer to shop primarily on price.

If you dominate the airwaves with mass advertising that shouts… ‘BUNNINGS – Lowest Prices Are Just The Beginning!’ ‘Big W – We Sell for less’; ‘TARGET. Get More. Pay Less’; ‘K-MART-  We make low prices irresistable’;- the consumer ultimately embraces the message. My wife closed her gift shop a few years ago when the Xmas rush was all about customers looking for something to buy under $10. They didn’t have enough in their budget to buy a decent gift.

I still have many camera catalogues in my office from the 1990s with $2000+, four-megapixel cameras that gave the retailer $400+ margin and the supplier something similar. Good video cameras were $3000! We were happy to explain how it all worked, because the reward was there at the end of the process. Now the transaction is fast and often online. The purchase is not for a lifetime product, just an interim purchase until the next piece of high-spec technology comes along. Lots of info and reviews online. Late nights spent analysing the product and then Shopbot for the best deals. Customers seem to be less inclined to seek advice from a specialist because they ‘know it all’ before they walk into the shop.

Caringbah Camera House closed last weekend. Another retail icon gone. The camera clubs are full of our ideal customer, mostly older citizens who are passionate about photography and old enough to remember the core values of taking an image. However, even they have been conditioned to buy the lovely gear at the best price possible.

While everything we say as we discuss the problem among ourselves is quite valid, we need to find a way to remain relevant to the consumer as a source of support and assistance in the decision-making process. And convince them that price is only one part of the retailing equation.
-Stan Kessanis, Standalone Design