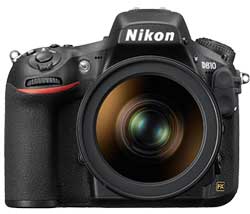 Nikon has posted service advisories around the world concerning ‘bright spots’ that may appear in long exposures on the Nikon D810. There is an offer on the Australian site for free servicing of affected cameras.

There are full details on how to identify affected products and the serial numbers of faulty cameras likely: http://www.nikon.com.au/en_AU/service-and-support/nikon-service-advisory.tag/en_Asia/service_advisory_notices/d810_service_advisory.dcr

Nikon had a serious issue with other spots – oil spots – on the D600 sensor leading to class action in the US and a partial replacement program. It seems to be keen to get on the front foot, having been slow to move in the earlier case.

Kodak Alaris has discontinued its C41-compatible Kodak Professional BW400CN film owing to ‘a steady decline in sales and customer usage’.

‘We empathise with the Pro photographers and consumers who use and love this film, but given the significant minimum order quantity necessary to coat more product combined with the very small customer demand, it is a decision we have to make,’ Kodak Alaris wrote in a press statement.

Film stock ‘should continue to be available in the market for up to six months, depending on demand,’ the statement added.

T-Max and Tri-X films continue in the range.

Ilford (Harmon Technologies, UK) followed up to assure photographers that it has ‘no plans to discontinue its C-41 Ilford XP2 Super’ black and white professional ISO 400 film.

Ilford said the product ‘continues to be in free supply throughout the world.’

According to information on the new website, the company will start by producing 35mm and 120 still formats, as well as Super 8 and 16mm cine formats.

Zeiss is rumoured (by Sony Alpha Rumors) to be on the verge of announcing a new line of Sony E-mount full frame lenses named ‘Loxia’.

Other details include:
– Designed and made by Zeiss itself. (Not Zeiss-branded and Sony-manufactured like the Zeiss 55mm f/1.8 FE.)
– Manual focusing, expensive prime lenses.
– Physical aperture ring on the lens.
– A large selection will be released in the next 12 months.

The rumour was given a 5 rating (‘almost certainly correct’). This was almost certainly the same rating an earlier rumour predicting launch of Zeiss E-Mount lenses by June. 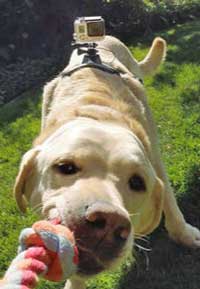 The last GoPro accessory we covered was a mount for body boards – all you had to do was throw away your safety strap and whack it in. This one is a little less alarming – the ‘Fetch‘ mount, which allows you to mount two GoPro cameras on your pet dog.

The padded harness features two mounting locations: ‘the chest, for bone-chewing, digging and front-paw action, and the back, for over-the-head shots of running, jumping, fetch and more.’ It’s suitable for dogs from medium-small to big fat sizes.

It also features a camera tether, so the only way you can lose your GoPro is to lose your dog. The mount is available now. There have been complaints on websites that the local price – apparently $120 – is alarmingly higher than the US price – $US60.