Nikon has announced July 18 release of a new full frame professional SLR, the D810, which could perhaps be described as a mild upgrade to the already impressive D800E. 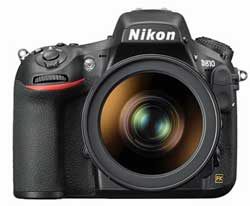 It will replace both the D800 and D800E in the Nikon line-up (released in 2012) and adopts some enhancements first seen in the Nikon D4S.

Similar to its predecessors, the D810 boasts a 36-megapixel sensor. This is not the exact same sensor as the D800/D800e – Nikon says the technology is different, and the total number of pixels is 37.09 million, whereas the predecessors’ is 36.8 million.

Nikon also claims the sensor, which has no optical low-pass filter (like the D800E), enables a ‘minimum standard sensitivity of ISO 64, at which the same broad dynamic range available with ISO 100 is possible’. The Expeed 4 image-processing engine (adopted with the D4S) attains standard sensitivity up to ISO 12800. (Lo 1, Hi 1, and Hi 2 setting are also available). It is worth noting that camera testing site DxOmark reported early this year that the the Expeed 4 processor in the D4s considerably increased autofocus speed and accuracy compared to its predecessor, the Expeed 3.

While on the subject of autofocus, the D810 has adopted the ‘Advanced Multi-Cam 3500FX’ autofocus module, which Nikon says enables the camera to fully utilise the sensor’s 36.3 (effective) megapixels, as well as ‘improving the focusing algorithm’ (whatever that means).

The D810 is capable of continuous shooting at five fps at full-frame and approximately seven fps in DX (aka APS-C) format when powered by the AC-Adapter EH-5b or the multi-power battery pack MB-D12. That’s right, the D810 battery grip and EN-EL15 battery is compatible!

And of course we have video. The D810 can record at full HD (1080p) at 50/60p frame rates with a reduction in ‘noise, moire, and false colour’, according to Nikon. A Youtube video uploaded by World of DSLR comparing the Nikon D810’s video capabilities with the Canon 5D Mark III, reveals the D810 is noticeably sharper.

The shutter is far quieter than the D800e, and comparison videos are already circulating online providing evidence of this. 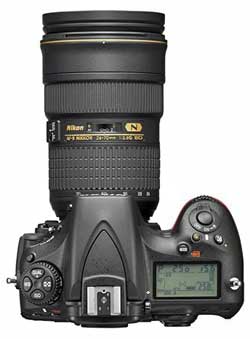 Other features include:
– Group Area AF Mode for fast acquisition and improved background isolation (same as the D4s);
– Raw Size S that delivers graded 12-bit uncompressed Nikon NEF files for faster image transfer and smoother post-production;
– 3.2 inch ‘colour-tuned’ monitor, OLED display for info in the viewfinder, and Live View split-screen zoom to check levelling and sharpness;
– A fast, durable shutter made of carbon fibre with 52ms shutter lag, standard life-cycle rating of 200,000 releases, and a shutter speed of 1/8000 to 30s, with flash synchronisation at up to 1/250s;
– Wireless LAN and Ethernet support.

The Nikon D810 will be available July 17, and for local prices Nikon directs local media to authorised stockists, who if they knew what they were going to be asking for the camera at the time of the press release would be unlikely to be informing their competitors via the internet! But the US price via the Nikon US press release is US$3300.