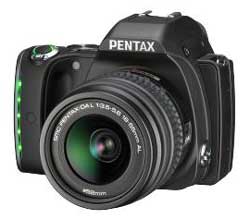 CR Kennedy now has local stocks of the new Pentax K-S1 DSLR, with an $899 RRP including 18-55mm Pentax lens.

The camera’s ‘flat field’ user interface integrates a back-lit LED selection dial, four-way navigation, and a 3-inch 921,000 dot LCD – instead of the array of knobs and buttons found on other DSLR cameras.

The K-S1 ‘is designed to attract a mid-level customer who is accustomed to a mobile interface and is looking for a similar interaction in a DSLR.’

The optional Flucard for Pentax offers additional features such as Wi-Fi transfer, wireless live view, and remote capture control; letting users take control of their camera settings with a smartphone, tablet, or computer and save images directly to a mobile device.

Ferrania KickStarted back to life 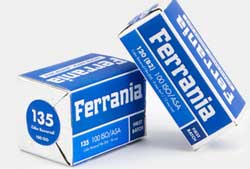 Film Ferrania has taken around two weeks to raise funds through KickStarter pledges for rebuilding an analog film factory in northern Italy.

The organisation was seeking US$250,000 to embark upon ‘an ambitious new factory design’ that would produce enough finished still photo and motion picture film to meet global demands.

By mid-October US$259,475 had been pledged, well before the end of the subscription period.

The company has already set up a miniature film production line in the former Ferrania Research & Development  building, having refurbished and re-engineered this building with modern facilities. Some of the old equipment has been salvaged and restored to contribute to the new production lines

The first film to be produced will be a re-engineered version of ScotchChrome – a 100 ISO, daylight-balanced slide film, developed by Imation (3M) in the late-1990s and produced by Ferrania until 2003. It will be packaged in four formats: 35mm/36 exposure and 120 medium format films for still photography and Super8/15m cartridges and 16mm/30m spools for movies.

Cameras discontinued
The US-based Photo Rumors website has listed a number of cameras from various manufacturers which have been placed on the discontinued list by online retailers, indicating they may be reaching the end of their shelf lives around the world. The cameras apparently on their way out (begging the question of what will replace them) are: Canon EOS 6D, Sony RX1, Nikon D800E, Fuji X100s, and Leica X2. (Canon UK has since denied the 6D is discontinued – Amazon apparently just discontinued selling them.)

Lenses delayed
A few of the multitude of new lenses announced at Photokina have been delayed or are in limited supply – ‘due to overwhelming demand’ of course.

The Olympus M.Zuiko Digital ED 40-150mm f/2.8 PRO lens and 1.4x MC-14 teleconverter will not see the light of a camera store display cabinet anywhere in the world until November 29. The Sigma 150-600mm F5-6.3 DG OS HSM (the professional standard ‘Sports’ model) is available, but in limited supply. The enthusiast version hasn’t yet been released. The quirky but interesting Sony QX1 clip-on lens camera for smartphones (APS-C sized 20-megapxel sensor, E-mount for interchangeable lenses) is another model for which ‘production is becoming a situation that does not keep up with demand’, as the Sony Japan announcement states. 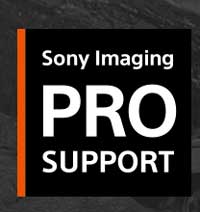 Sony in the US has set up a professional services program to match the Canon CPS program and Nikon’s NPS program, called the Sony Pro Support service program.

To qualify for the Sony Pro program photographers have to own two Sony Alpha full-frame interchangeable lens cameras and three Sony Zeiss and/or G-Series lenses; and prove their working professional photographer status.