IDEA Australia (the Imaging & Digital Entertainment Association) has announced that Joe Tizzone, general manager of Olympus Imaging Australia, has joined as a new director, effective immediately. He will also fill the role of vice-president, Consumer. 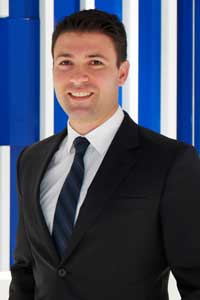 ‘It’s great to have Joe on the IDEA Board,’ said James Murray, IDEA president. ‘Joe has established himself in a leading role with Olympus Imaging Australia and in the industry as a whole, so to now have Joe join the board is great news for IDEA.’

Mr Tizzone’s appointment follows the departure of former OIympus Imaging Australia managing director, Marc Radatt, who resigned from the IDEA board following his posting to Singapore in a new role with Olympus as General Manager, Asia-Pacific.

In the interim between Mr Radatt’s departure and Mr Tizzone’s appointment, Jason McLean, director of Canon Consumer Imaging, filled in at IDEA.

‘I thank Jason for acting as the VP Consumer during the vacancy. The IDEA VP Consumer role has a significant function in the preparation for next year’s The Digital Show, so again it’s great to have Joe on the team with fresh ideas and a track record of working with consumer engagement at Olympus,’ added Mr Murray.

The Digital Show, owned and organised by IDEA Australia, takes place from 16-18 October 16-18, 2015, at the Melbourne Exhibition Centre.