We republish this report on the IPIC event in Las Vegas (July), courtesy of Don Franz and Photo Imaging News:

This year’s IPIC meeting was organized as both ‘in-person’ and virtual, with many of the presentations/events being broadcast on Whova and recorded.The opening session began with three IPI members recounting their successes.

Amy Wojcik from Spartan Photo Center, Spartanburg, SC, said her store was busier than ever even through COVID. To help with the cash flow, she promoted gift cards – one customer bought US$1000 worth and now comes in periodically to buy small items. During 2020, many photo stores in South Carolina closed, and, under the pandemic restrictions, she also lost customers. However, she advertised that her store was still open and gained many new customer, even from far away, selling more than ever before – at least of those products she was able to get from suppliers.

Kurt Selig from Cardinal Camera, Lansdale, PA, with three stores in the Philadelphia area and one in Charlotte, NC, had started a long-overdue remodeling of the Lansdale store – while continuing to serve customers – when COVID hit. This provided the opportunity to completely close the store, gutting the inside for a ‘clean’ remodeling, while moving the business to trailers parked outside. It enabled him to realize how needed his store was, as people dropped off their orders in the parking lot, which were then taken to other stores for processing.

Mighty Mike Weber from Quality Plus Photo Service in the Chicago area, has pushed B2B. Years ago, he had one mug on the counter and didn’t sell very many – today he has 100 different mugs on the counter and sells a lot. Previously, he worked in a store whose owner had been in the Special Forces. Now this fellow comes to Mike for large orders of mugs, and Mike struggled to find a supplier with 300 mugs i 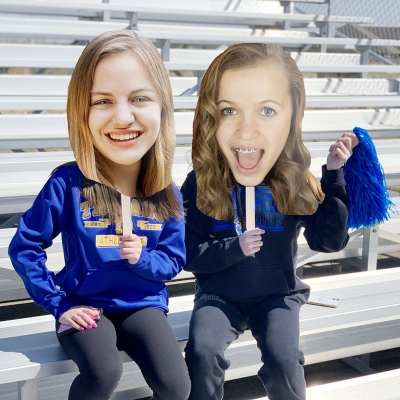 ‘Big Heads’ (pictured right) is another product gaining popularity. Zany. Recognising the opportunity to sell personalized dye-sub products, Mike went on the road to find partner stores to sell mugs, banners and other products that promote their area/region. He already has one in Michigan and wants to add 6-7 more. He works with his city, which has 40 empty stores, and suggested they put nice signs in the window to make these vacant stores look attractive. The city government designated him sign supplier. Such signage an make any community look attractive. A nearby mall made empty stores look like restaurants with signage of people eating at tables.

Resilience, Rediscovery, Reinvent was presented by Bing Liem from Fujifilm North America. COVID-19 became a lesson in perseverance, he said. What was thought (hoped) to be a 2-4 week problem… turned into a once in a lifetime game changing event for the entire world…in every industry and every market IPI members, as entrepreneurs and survivors, had to quickly assess their situation under the assumption that photo services would still be desired/needed. They enabled websites to order products; offered curbside pickup where possible; shipped products to customers’ homes; learned how to negotiate with banks and local and state governments to get needed subsidies; helped each other; and learned new ways to stay in business.

Fujifilm and other suppliers were there to support them by waiving fees and shipping minimums. ‘As Manufacturers and Vendor Partners, we, too, had to quickly assess our business and find ways to stay in front of an evolving situation whereby rules and laws were changing daily: built inventory in manufacturing; our business shifted to “Mail-to-Home” which created Q4 Holiday volumes starting in April; reconfigured our manufacturing, product fulfillment and distribution centers; offered additional employment incentives for our temporary labor; we invested in production automation; and we instituted new communication protocols.’

What Did We Learn? Subsequent to the onset of COVID-19, many consumers continued to spend the same amount on photo. Compared with Quick Service Restaurants (QSRs), an industry that is also used for socialization, photo lost fewer sales and recovered sooner. Once the White House declared a national emergency last year, photo customers quickly moved from shopping at retail to purchasing online, as shown in Figure 1 (above). Buying online and picking up in a store (BOPIS) accounts for nearly 8 in 10 purchases (see Figure 2). Long-term, this shopping behaviour is likely to increase due to COVID-19. Three of 10 BOPIS buyers only started after the outbreak and 8 in 10 claim they will continue.

Figure 3 shows how COVID has altered the shopping habits of customers who visit independent retailers. Yet 73 percent of these independent shoppers indicated in the survey that they want to shop in-store.

Being able to see the product before purchase is a key motivator for in-store purchasing, as shown in Figure 4. Moving forward, consumer behaviour has demonstrated how resilient the photo category is. Changes could be long-term in many cases. Thirty-nine percent of respondents feel the changes in overall printing volume will be long-term. Fifty-four percent of those who printed photos expect changes in habits to be long-term.

Not everything has to be new technology or new offerings. Consumers have indicated that they still value the brick-and-mortar experience. The holiday season timing is expected to return to the traditional mid -November through December. Prepare accordingly for the holiday season by planning your supply purchases in advance.

Consumers will likely rely on bricks-and-mortar as for many, online shipping-to-home has been unreliable. Independent photo retailers provide an important and valued service to their community. These retailers are still here because they have learned to continually evolve and re-invent. 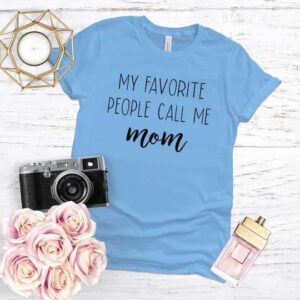 Another success story was by Amanda Livingston, Livingstone Photo & Print Shop, Nephi, UT spoke about Success with DTG Printing and Laser Engraving. The shirts have taken off, being sold in a nearby boutique – ’80 percent of their stock is our shirts.’ When she bought the printer, the aim was 100 prints/month and they are now doing 1400. Laser engraving was initially started as a hobby to de-stress her, but as customers saw the products, this became another product for awards, etc.

Her message is ‘sometimes you find something really fun when you weren’t looking, keep you eyes open and don’t be afraid to try anything.’

– Watch out for part 2 of this report in the next weeks. Thanks once again to Don Franz and Photo Imaging News.