550 days to The Digital Show, Melbourne

The Imaging and Digital Entertainment Association’s (IDEA) Digital Show, will be staged at the Melbourne Exhibition Centre from October 16-18, 2015. 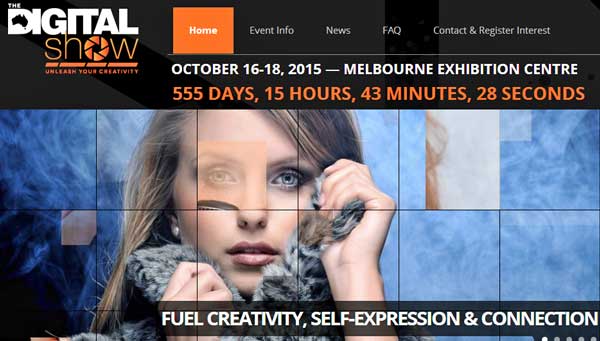 Having moved to a major show every two years, next year’s event remains in Melbourne and will move to Sydney for 2017, when the new Darling Harbour Exhibition Centre will be completed.

‘Following on from the success of The Digital Show 2013, where we attracted over 23,000 individual visitors, we have set the dates for 2015 at an ideal time for the pre-Christmas buying season. Professional, ‘prosumer’ and advanced amateur photographers will again be targeted as the world of image recording, sharing and reproduction continues to expand across multiple platforms,’ said James Murray (Nikon), president of IDEA.

The Australian Institute of Professional Photography’ APPA awards, sponsored by Canon, will remain annual and will coincide with The Digital Show, 2015.

Sydney’s smaller The Digital Playground event, to be held at Luna Park from September 12-14 2014, is sold out.

‘We are delighted at the level of support for The Digital Playground, a smaller more focused event for Sydney that also includes the AIPP’s APPA awards. The exhibit area is now totally allocated, and we will be publishing the speaker program and topics for 18 information-packed sessions on the website during May,’ said Rob Gatto (Kayell), IDEA’s vice-president, Professional.

‘Both events deliver a good balance for the two largest cities and will also attract interstate visitors keen to find out all the latest trends and technologies used in professional-level image creation,’ he added.