The Digital Playground kicked off relatively quietly at 10am on Friday September 12.

Being a weekday, most of the visitors who came to the show were either professional photographers, or those aspiring to improve their photography, as well as a selection of retailers and their staff.

Rob Gatto, vice-president, Professional, for IDEA, and the driving force behind The Digital Playground, was very bullish when we spoke to him on the Friday morning, even though the show area was relatively quiet. He said the public’s enthusiasm for the speakers’ program was very reassuring for the industry. And, judging by the comments we overheard while strolling around the show on Friday, visitors were liking what they saw.

With all the exhibition space booked out and seats for the three-day speaker program almost totally filled, organisers and exhibitors were predicting a very busy weekend. And if the crowds around the four rooms devoted to judging the APPAs were any indication, interest in the show and events associated with it were likely to be high.

All four judging rooms were packed to overflowing each time we passed them and there were plenty of people circulating in the gallery that displayed highly-rated prints. A wide variety of photographic and presentation styles was in evidence, showing local photographers are just as capable and innovative as any on the planet.

We saw plenty of older photographers, who were probably serious hobbyists, in conversation with staff on the stands. Most relished the chance to obtain hands-on time with ‘serious’ equipment.

There was also a strong level of interest in Epson’s new Surelab D700 inkjet microlab and expert staff were on hand to demonstrate its capabilities to what appeared to be mainly business people.

Printing technologies, in general, had a strong and highly visible presence at the show and seemed to enjoy wide popularity with visitors. DES and Kayell showcased Hahnemühle and Canson fine art papers respectively, and Eizo had a display of monitors and colour calibration systems with Datacolor showcasing its colour management solutions (including the latest Spyder 4) right next door.

Momento Photo Books was celebrating its 10th anniversary with an offer of 50 free photo book pages for customers. Other book producers with stands included AsukaBook and Seldex Artistic Albums.

Some stands were offering discounts on selected products, although few of them were prominently advertised. Canon, however, listed discount prices for the tethered cameras and lenses it had on show, typically offering reductions of around 20 percent off RRPs.

With Photokina opening in less than a week, we weren’t surprised to find Nikon announcing its new D750 DSLR, along with a new 20mm f1.8G lens and compact SB-500 Speedlight.

Photographers Rocco Ancora, David Oliver and Mark Watson, who had been given pre-production cameras to try out a couple of days beforehand, were at Nikon’s stand for the 2pm announcement. Needless to say, this drew attention away from the D810, which had until then been the ‘hero’ product on Nikon’s stand.

Some images captured with the new camera were showcased and all three photographers had plenty of good things to say about it – particularly its embedded Wi-Fi functionality. Three camera bodies were provided for ‘hands-on’ evaluation. Unfortunately, they weren’t fitted with lenses(!), although they did have batteries installed so we could investigate their controls and menu settings. It would have been nice to actually capture a shot or two, even if we weren’t able to save it.

The only other company with a Photokina release on display was Olympus, which showcased its recently-announced PEN E-PL7 model, along with an array of accessories for the PEN and OM-D camera systems. 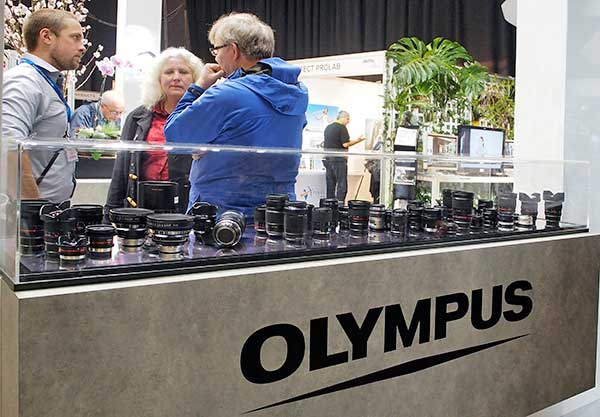 For professional and serious enthusiast photographers, a more interesting display on the Olympus stand was the comprehensive array of almost 50 Micro Four Thirds system lenses. Among them were the core offerings from Olympus and Panasonic, along with lenses from Sigma, Tamron, Voigtlander and Tokina.

Sony and Pentax-Ricoh, who have announced new products pre-Photokina, were not represented at the show. Nor was Panasonic, which is expected to unveil new products at Photokina, as is Canon, which had only current products on display.

Canon, Nikon and Olympus organised free ‘photo walks’ during the weekend. Olympus focused upon the evening light, organising their walks between 5 and 7pm on Friday and Saturday. Attendees with OM-D and PEN cameras were able to try out plenty of micro Four Thirds lenses and receive tips and tricks from Olympus experts.

While we didn’t attend last year’s Digital Playground, we felt this year’s show was a noble effort and well worth taking time to attend, regardless of whether you were an experienced professional or simply someone with an interest in photography. The small scale of the show worked in its favour, giving visitors a much more ‘intimate’ experience.

Being able to talk freely with distributors’ staff and handle a wide variety of cameras and lenses is sure to have bolstered most visitors’ interest in photography. And the learning opportunities, from both the aesthetic and practical ‘how to do it’ angles, were beneficial to camera users of all ages.
– Margaret Brown 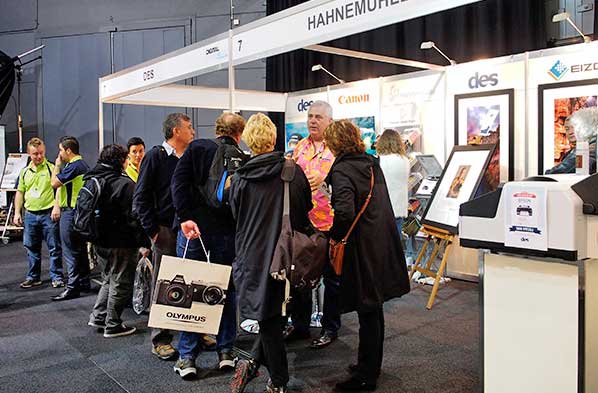