The Shopping Centre Council of Australia (SCCA), has thrown its considerable weight behind the push to reduce the $1000 low value threshold for the payment of GST on imported goods. 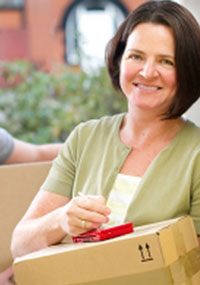 This follows the latest ABS figures which suggest Australians are ramping up their exploitation of the $1000 tax free threshold. The ABS estimates that $630 million is being lost in GST annually, according to Steven Sewell, CEO of the SCCA.

‘No one is arguing that Australians should be prevented from buying online, whether from domestic or overseas suppliers,’ Mr Sewell said.

‘This additional competition benefits everyone by causing all of us who work in the retailing industry to lift our game in the never-ending challenge of attracting customers. The integration of online retailing and physical retailing is an example of this.

‘But there needs to be a level playing field so that Australian retailers – including Australian online retailers – are competing on the same terms as their overseas competitors.’

He rejected the argument that no action be taken because it would cost the Federal Government more to collect the GST than it would receive in revenue.

‘This argument has now been demolished by several studies which have demonstrated the present approach of collecting the GST “at the border” should be replaced by one which imposes the GST liability directly on the overseas suppliers of goods and services.

‘The report of the GST Distribution Review recommended “that the low value import threshold for GST be lowered to prevent the ongoing erosion of the GST pool”.

‘The Federal Government also has a report, commissioned by the Australian National Retailers Association, demonstrating that it is feasible for Australia to adopt a GST collection system based on the approach adopted in the United Kingdom where the low value threshold is set at only 15 pounds sterling.’