Offshore retailers to register for GST?

It’s official! In the 2016-17 Budget the Government confirmed the GST will be extended not only to ‘intangibles’ like downloaded software and music files, but to all imports of physical goods by consumers from July 1, next year. 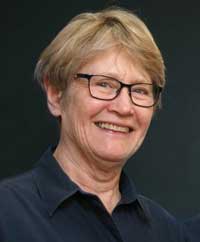 We were prompted to report on this following a note from Penny Valentine, (Valentines CH, Freemantle, pictured left): ‘According to a precis of the budget sent to us by our accountant, from July 1 2017, “GST will apply to online purchases under $1,000.”

‘I haven’t read anything further about this. If true, it’s about time, considering the work done by you, Peter Rose and others over many years.

‘If the government has snuck this one through, it will be one good thing to remember about a turbulent time in politics,’ she wrote.

– The change will require the unanimous agreement of the States and Territories prior to the enactment of legislation, but this should be formality given their prior approval last August. 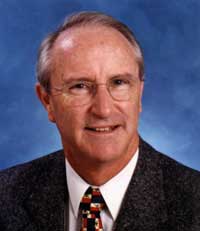 Penny’s email was followed by another contribution on the issue, from former PMA executive director, Peter Rose (pictured right): ‘It is amazing to think that industry members initiated this move back at the PMA show in Brisbane in 2006!’ he wrote to PhotoCounter. ‘There are a few individuals who “championed” this topic (and they know who they are) and they should at last be satisfied with the long awaited outcome.

‘The next step to be addressed is predatory pricing!’ he added.

How it works
A ‘vendor registration’ model will be used where non-resident suppliers with an Australian turnover of $75,000 or more will be required to register and charge the GST.

Funding of $13.8 million over four years from 2016‑17 will be provided to the Australian Taxation Office to implement the measure, which is expected to contribute GST revenue of $300 million over the forward estimates period – to 2019-20.

As goods would not be stopped at the border, administering a vendor registration model should have a relatively low cost, making an absolute nonsense of the deceitful predictions of the Productivity Commission’s free-market fetishists that more would be spent collecting the GST than would be returned to Treasury. (Who pays these people?)

Non-residents (overseas suppliers) will be the ones who charge, collect and remit the GST for digital and physical products. The bill does not oblige providers to issue a tax invoice or adjustment note at the request of the consumer. This will dissuade Australians who could otherwise claim the GST back with a tax invoice (professional photographers for instance) from buying offshore.

Over the dutch
The New Zealand government has also issued a discussion paper, GST: Cross border services, intangibles and goods, which argues for the imposition of GST on imports under the current Kiwi threshold of NZ$400.

The proposed rules would also require offshore suppliers to register and return GST, when they supply services and intangibles to New Zealand-resident consumers which exceed a given threshold in a 12-month period.

There is no proposed start date, although the NZ government may see some advantage in aligning with the Australian start date of July 1 next year.

The devilish detail
As stated, overseas online vendors will be required to collect GST from the Australian consumer at the point of sale. The overseas vendor will then remit the collected GST to the Australian Taxation Office (ATO) on a periodic basis.

Big retailers will be asked to collect the tax, and speaking when the move was first proposed, former Treasurer Joe Hockey said he expected most to agree. Apple already voluntarily collects Australian GST on sales through its iTunes store. (Nice of them given they aren’t too good on paying income tax!)

‘We are going to have taxation officials travel around the world visiting these companies asking them to register for GST purposes,’ Joe Hockey said at the time.

Vendors with an Australian turnover lower than $75,000 may register, but this is not compulsory.

At this stage the astute reader might be thinking, ‘Hang on – will this actually work?’ In an article in current affairs website The Conversation last year, Kathrin Bain, a lecturer in the School of Taxation & Business Law, UNSW, noted three significant holes in the plan:

The overseas supplier is not required to be registered: As offshore businesses with an Australian turnover under $75K will not be required to register for GST, abolishing the low-value threshold will still not result in all imports being subject to GST.

‘If an international parcel did indicate GST had not been collected, would an overseas supplier simply be able to note on the parcel that GST registration was not required? If so, how would customs determine the accuracy of that statement?’ she asked.

‘If it was acknowledged on the parcel that registration was required but had not occurred, would the ATO pursue the overseas company, or would Customs and Border Protection revert back to current collection procedures and require the Australian consumer to pay the outstanding GST?

Realistically, GST enforcement will rely on voluntary cooperation from out-of-reach suppliers. There is a degree of uncertainty about how many overseas businesses will volunteer to register. Would all those eBay-based vendors want to get involved in the plan? What could the ATO do if they didn’t?

The overseas supplier collects the GST and pockets it: ‘Assuming the overseas supplier has registered for GST and has collected the necessary tax from the Australian consumer, there is still no guarantee that the GST would be correctly remitted to the ATO. But the cost of auditing such an entity would likely be prohibitive,’ Katrin Bain noted.

‘The Commonwealth proposal to require overseas suppliers to collect and remit GST on low-value imports raises numerous questions as to enforcement, with comments made by the Treasurer indicating a significant level of voluntary compliance by overseas suppliers will be required,’ she concluded.

On the other hand, according to the government: ‘Many non-resident vendors are reported to already have the software systems in place to collect GST, as many larger online retailers operate in jurisdictions where the collection of GST is already a requirement.’

COMMENT: With some smaller grey marketers clearly flouting the existing Australian tax laws with impunity, and the new ‘straight out of Hong Kong’ Dick Smith Online model surely sailing close to the wind, the energy levels of the ATO /’Border Force’ when it comes to enforcing the current law does not inspire confidence that it will be the tough cop on the beat needed for the new system. Nonetheless if outfits like Amazon, B&H, Adorama and Digital Rev register to collect GST, the playing field will be a hell of a lot more level than it has been in the past.

The comments from Penny and Peter remind us that the photo industry actually did play a role in lobbying for this measure, and harken back to a time when, through IDEA and PMA, we all worked together. It wasn’t that long ago.