New hats in ring for IDEA board

Stuart Holmes, managing director of Independent Photo (IPS), has nominated for the role of president of imaging industry association IDEA (formerly PICA), with Gary Pertot, (Adeal) putting his name forward for vice-president, Consumer, and Photo Direct managing director Steuart Meers also nominating for a role on the board. 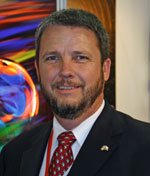 ‘I actually really believe in the Australian photographic industry and really do want a vibrant, revitalised photo specialty sector in Australia,’ Stuart Holmes told Photo Counter. ‘Because photos are important, and memories are not all about mass merchant, cheap-as-chips loss leaders.

‘And marketing is not all about price, as some seem to believe!

‘We want to make a difference, and we want to cut the BS in the industry and get photography and photo printing back on to the consumers’ mindset.’

In other changes, long-time IDEA board member, Kodak Australia’s Clyde Rodrigues, has resigned, with Kodak managing director Adrian Fleming nominated to replace him.

It’s not clear whether Dave Marshall, who has held the presidency for the last four years (and has had a previous stint in the role) will stand for another term, nor whether there will be other nominations for the presidents’ role. 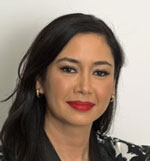 IDEA executive director Katherine Singson (pictured right) is yet to confirm that the nominations listed above have been formally accepted by the association. Members were notified of the meeting via email last Monday (Oct 1) and were required to nominate by Tuesday this week via fax or post, complete with two nominees from other member companies and a brief ‘campaign statement’.

The AGM will take place this year on Tuesday, October 23, at ‘Zest at The Spit’, Mosman. All members can attend the meeting to vote, or nominate a proxy to represent them.

The meeting is scheduled to commence at 3pm and be over by 3.30pm – perhaps reflecting an assumption by organisers that this year’s AGM would be another formality.

The AGM will be followed by a general meeting, with Peter Myers, executive director of the AIPP, as guest speaker.

The level of interest in contributing to IDEA at board level this year is unprecedented. Generally, board positions are simply rolled over on an annual basis. The last time there was an actual election for a position was more than five years ago. 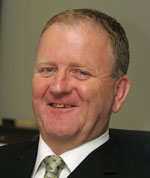 Under the presidency of Fujifilm Australia managing director Dave Marshall (pictured right), IDEA has been criticised for becoming increasingly remote from, and not communicating with, the photographic industry and the majority of its own membership base, most of which are locally-based companies distributing into the photographic retailing channel.

Over the past several years, Mr Marshall embarked on a bold strategy of expanding the scope of the association’s activities to embrace the broader consumer electronics sector, and broadening the annual photographic equipment exhibition to include other product categories such as TVs and home entertainment. Over the past few years some $150 – 200,000  per annum has been spent on print, TV and radio advertising to attract somewhere between 8 – 10,000 consumers to the show (around $20 per consumer).

To date, the strategy of making the annual photo show more a ‘digital lifestyle’ event have been singularly unsuccessful, with the GFC dampening any enthusiasm there may have been for extra promotional opportunities among the major Japanese and Korean CE brands.

At the same time, some long-standing traditional exhibitors such as Adeal, Photo Direct,  Haldex and FVE have dropped out of the annual event, along with marquee imaging brands such as Sony, Samsung, Panasonic, Olympic and HP.

As a consequence, the 2012 Digital Show in Melbourne, which IDEA was relying on to generate revenue to maintain its executive offices, barely broke even, where in previous years it has generated hundreds of thousands of dollars.

According to sources this revenue downturn, combined with increasing overheads, has seen the association operating at an significant, uncharacteristic and unsustainable loss for  the 2011/12 financial year.