SONY ALPHA 1: Sony’s new flagship mirrorless camera combines a 50-megapixel BSI CMOS sensor with dual BIONZ XR processors to deliver high-resolution stills and 8K 25p video. Professional photographers who use Sony equipment, shoot a wide range of subjects and need to record both stills and video should find the Alpha 1 meets their requirements and thus justify its high cost. But its five-figure (body only!) price tag will put it out of reach of most.
RRP: $10,499 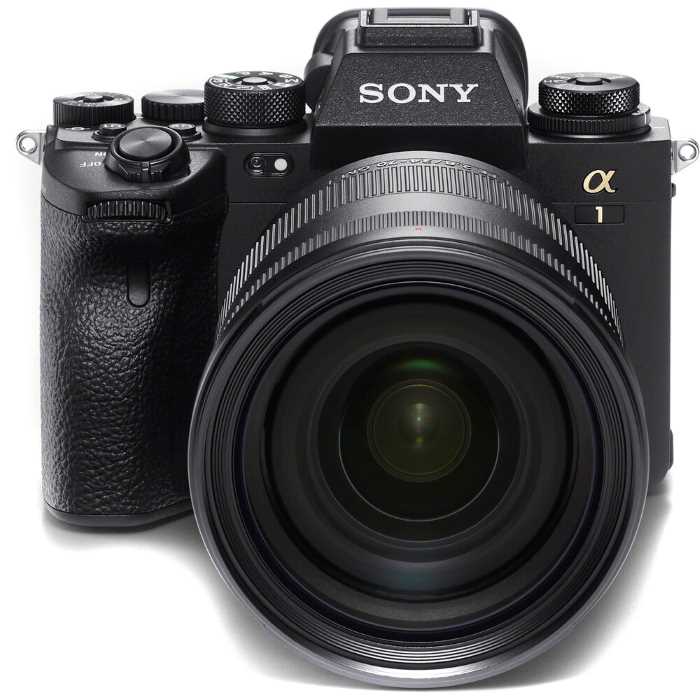 The $10,500 price tag puts the Alpha 1 well into professional territory but for photo and video journalists as well as sports shooters and others who need to deliver images and movie recordings to bureaus or clients as quickly as possible, it will deliver the goods. The twin BIONZ XR processors are capable of up to 120 AF/AE calculations per second (twice the speed of the α9 II). Add a new mechanical/electronic shutter with a carbon fibre shutter curtain and dual-driver system with spring and electromagnetic drive actuators to deliver high durability plus low weight. The Alpha 1 boasts a top shutter speed of 1/8000 second and the first-ever anti-flicker shooting with both the shutter options. Blackout-free continuous shooting with AF and AE tracking is supported at 30 fps with the electronic shutter. Rolling shutter effects with the electronic shutter are also minimised. For continuous shooting, the buffer memory can accommodate up to 155 full-frame compressed RAW images or 165 JPEG images recorded with the top frame rate.

The Alpha 1 adds the HEIF (High-Efficiency Image File) format to the standard JPEG and RAW file formats, enabling users to record images with 10-bit colour to capture smoother tonal gradations than 8-bit JPEGs without increasing file sizes. Lossless compressed raw capture is available for first time in a Sony Alpha camera but the ability to record bursts reduces to 20fps. Also available is an evolved Pixel Shift Multi Shooting mode that composites up to 16 full-resolution images to yield a 199 megapixel (17,280 x 11,520 pixels) image.

Professional-level video capabilities include the ability to record 8K 25p 10-bit 4:2:0 XAVC HS video with 8.6K oversampling for outstanding detail and resolution. 4K video is supported at 50p and 25p and Full HD at 25p, 50p and 100p, the latter for up to 5X slow-motion video recordings. In addition, 10-bit 4:2:2 recording is available with efficient Long GOP inter-frame compression or high-quality Intra (All-I) intra-frame compression. A Super 35 video crop mode can deliver 4K recordings with full sensor readout and no pixel binning, which should provide a noticeable improvement in output quality.

Overall performance when shooting stills and video was generally excellent and exposures in low light levels showed no evidence of noise right up to ISO 6400 and little noise thereafter. Sony’s Eye Detection AF worked impressively in near darkness with a 300mm lens, focusing instantly on a bird’s eye in the mid-distance. Video performance was outstanding thanks to fast and accurate subject tracking and plenty of dynamic range in recordings. 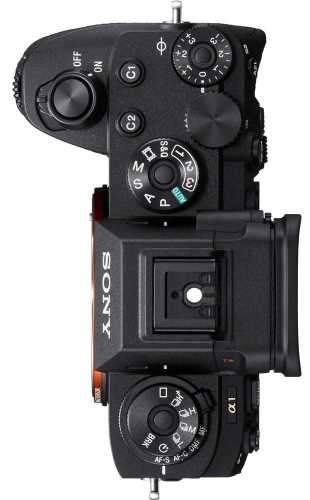 1. The new 50.1-megapixel Exmor RS full-frame CMOS sensor features a stacked back-illuminated design with integrated memory that enables the camera to support full-frame 8K video recording based on 8.6K oversampling.
2. Two video codecs are available to suit different workflows: XAVC HS, which uses HEVC/H.265 encoding to retain more detail at lower bitrates and XAVC S-I, an intraframe codec for consistent quality at bitrates up to 600 Mb/s.
3. HLG (Hybrid Log-Gamma) support is also available, as well as S-Log2, S-Log3 and also the BT.2020 wide-gamut colour space. These settings can be used to record a 15+-stop dynamic range for video to provide greater grading control. In addition, S-Cinetone support enables recorded footage to be easily integrated with footage from Sony’s professional cine cameras.
4. The Fast Hybrid AF System combines 759 phase-detection autofocus points covering approximately 92% of the image area with 425 contrast-detection AF points. Improved Real-time Eye AF for humans and animals now includes Real-time Eye AF for birds, a first in an Alpha series camera.
5. Lossless compressed raw capture is available for first time in a Sony Alpha camera with support for recording bursts at up to 20fps. The camera also offers the HEIF (High-Efficiency Image File) image format for users who require higher colour depth in JPEG-sized image files.
6. A new Pixel Shift Multi Shooting mode can combine data from up to 16 full-resolution pixel-shifted images recorded by moving the sensor in one pixel or half-pixel increments. The resulting image is 17,280 x 11,520 pixels in size (199 megapixels).
7. The 0.64-type OLED Quad-XGA viewfinder is both large and bright with a resolution of 9.44 million dots and two modes. The default mode has a refresh rate of 120fps and uses the full 2048 x 1536 pixel resolution. The second mode reduces the resolution to 1600 x 1200 to achieve a super-fast refresh rate of 240 fps, overlaying narrow black bars at the top and bottom of the screen to carry the camera settings instead over overlaying them on the image.
8. The Alpha 1 includes a 1.5x crop mode that simulates the field of view from an APS-C camera and will switch to a cropped (reduced-resolution) mode when an APS-C E-mount lens is fitted. This delivers images with a maximum resolution of 21-megapixels. The medium-sized and small-sized JPEG images in this mode have identical pixel dimensions in both full-frame and crop mode (5616 x 3744 and 4320 x 2880 respectively), which can be handy for sports photographers.
9. The Alpha 1 uses the same NP-FZ100 battery as the α9 II, α7S III and α7R IV and can accept the VG-C4EM battery grip, which is weather-resistant and can hold two batteries. As well as providing controls for vertical orientation, batteries can be recharged via the camera’s USB port, without detaching the grip from the camera.
10. The durable magnesium alloy body has similar styling to Sony’s α7 cameras and the same dust- and moisture-resistant sealing. But the camera uses the same menu system as the Sony A7S III, with separate settings for stills and video settings in both the camera’s menu and the customisable Fn menu. Colour-coded sections are provided in the menu to make navigation straightforward.