With the introduction of its 61-megapixel Alpha A7 R IV, Sony has re-asserted its technological dominance of the digital camera industry.

The new Alpha 7R IV full-frame interchangeable lens camera will be available in Australia at the end of August, with an RRP of $5699. 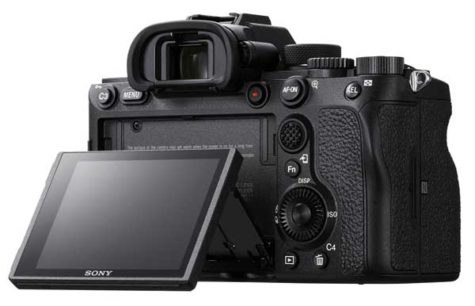 It’s equipped with a 5-axis, optical in-body image stabilisation system that has been fine-tuned to support its high-resolution shooting capacity, resulting in a shutter speed advantage of 5.5-steps. Additionally, the shutter unit assembly has been redesigned to reduce movement that may cause blur.

The Alpha 7R IV also includes Sony’s highest resolution viewfinder ever, a 5.76 million dot UXGA OLED Tru-finder EVF – about 1.6x the resolution of the viewfinder in the Alpha 7R III. Display quality can be set to ‘Standard’ or ‘High’ mode, and to either 60 fps or 120 fps refresh rate to best match the subject and shooting conditions.

Additionally, the new camera features an evolved Pixel Shift Multi Shooting mode that composites up to 16 full-resolution images. In this mode, the camera shifts the sensor in one pixel or half-pixel increments to capture 16 separate pixel-shifted images containing a total of 963.2 megapixels of data, which are then composited into a 240.8 million pixel (19008 x 12672 pixels) image using Sony’s ‘Imaging Edge’ software.

‘This enhanced mode produces photographs with a level of detail and colour accuracy that is simply stunning,’ states the press release. 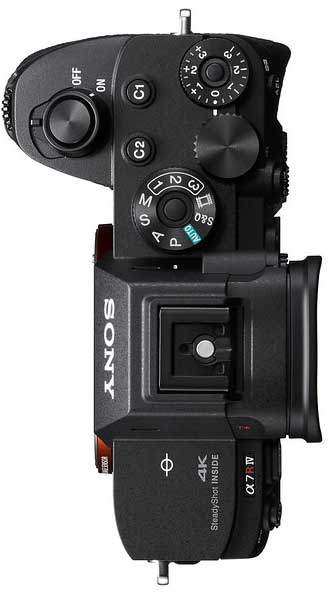 The Alpha 7R IV  can shoot full resolution images at up to 10 fps with continuous, accurate AF/AE tracking for up to approximately seven seconds in full-frame, full-resolution mode (JPEG/RAW), and approx. three times as long in APS-C crop mode, delivering 26-megapixel images.

The upgraded focusing system is comprised of 567 focal-plane phase-detection AF points that cover approximately 74 percent of the image area. There are also 425 contrast AF points that add extra precision and reliability for low light and other situations that are best served by contrast AF.

The Alpha 7R IV also supports Real-time Eye AF, which employs artificial intelligence to detect and process eye location data in real-time, locking and maintaining focus on the subject’s eye with extreme precision. This is available for both animal and human subjects, with either animal or human Eye AF mode selectable depending on the shooting situation.  Real-time Tracking is available as well, utilising a new subject recognition algorithm. There is also an anti-flicker shooting mode, which automatically detects the presence of fluorescent or artificial lighting in a shooting environment to minimise any impact on the final image.

Sony has also announced version 2.0 of its Imaging Edge desktop suite. The ‘Remote’ application allows users to control cameras and monitor live shooting on their PC screen; the ‘Viewer‘ application is used to quickly preview, rate and select photos from large libraries; and the ‘Edit‘ application can develop RAW data into high-quality photos for delivery.

The camera can now transfer images to a connected smartphone even if the camera’s power is set to Off, using the Imaging Edge smartphone app.

For video autofocus, the versatile new full-frame camera utilises a refined Fast Hybrid AF system that achieves faster, smoother, more stable autofocus during video shooting – even if an object temporarily moves in front of the intended subject. The camera also includes Touch Tracking functionality during movie shooting, allowing the user to simply touch the screen on their intended subject for instant acquisition.

The new Sony flagship debuts Real-time Eye AF for movie shooting. When activated, the eye of a subject is automatically tracked, allowing the shooter to focus on the content. Touch Tracking functionality will also automatically initiate Eye AF when a human subject is selected.

Another notable video feature is the addition of a digital audio interface to the camera’s Multi Interface Shoe (MI Shoe), allowing a direct, digital connection from the new ECM-B1M Shotgun Microphone or XLR-K3M XLR Adaptor Kit for clear, low-noise and high-quality audio recording. Interval shooting for creating time-lapse videos is available, as well as full HD recording at up to 120 fps, Slow and Quick Motion functions, and much more.

Additional enhancements include an improved grip for greater comfort and a more sure hold within the hand; an increase in the diameter and feedback for the ‘AF-ON’ button; a new multi-selector joystick design for improvised control; an exposure compensation dial lock button; and a redesigned shape and new position for the rear dial.

Almost all camera settings can be saved to, and read from, an inserted memory card. Up to 10 combinations can be saved to any individual card and loaded into any camera body of the same model.

Battery life has been improved with a CIPA measurement of up to 670 still images per change using the LCD monitor, or 530 images with EVF.  The new optional VG-C4EM Vertical Grip holds two NP-FZ100 batteries, and the optional Multi Battery Adaptor (NPA-MQZ1K) can hold up to four Z batteries. The body can also be powered via the USB connector.

Pricing and availability for the new VG-C4EM Vertical Grip, ECM-B1M Shotgun Microphone and XLR-K3M XLR Adapter Kit is not available.