3-Legged Thing has announced updates to its Punk range of premium-priced tripods featuring detachable legs and ‘two beautiful new colourways; Black with striking copper accents with a matte black AirHed Neo 2.0; or Blue with stunning metallic blue accents and a blue AirHed Neo 2.0.’ ‘Colourways’ is a neat new neologism meaning ‘colour scheme’. Or something like that. 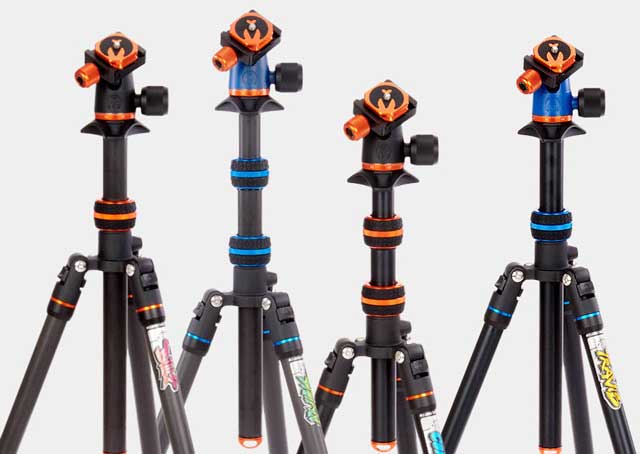 Weighing just 315 grams, the new lens has a satin finish and a modicum of dust and drip resistance. Minimum focal distance range of 20-40cm. Nikon says the built-in VR stabilisation will give up to 5 stops of camera shake correction, even at the telephoto end. The electromagnetic diaphragm mechanism is designed to keeps exposure levels constant during zooming. The control ring on the lens can be programmed to adjust functions such as ISO sensitivity, aperture, or exposure compensation.

Fujifilm has flagged a new Instax printer that makes prints from smartphones with a 99 x 62mm image area. 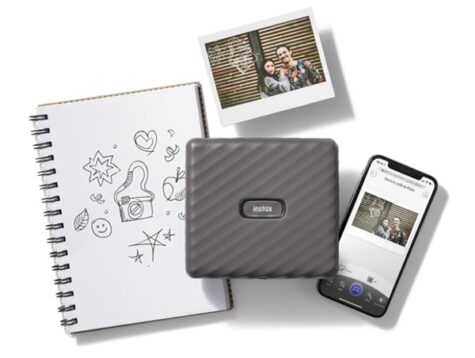 The Instax Link Wide can printing images straight from the smartphone camera roll, using a dedicated app. It will be available in white or grey and comes with its own stand. The printer is offered in Ash White and Mocha Gray and will be available from the end of October with an RRP of $229. The prints are $22.95 per pack. 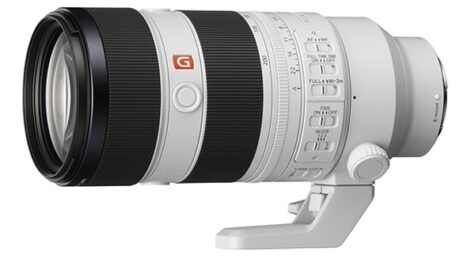 It has a minimum focusing distance of 40cm at 70mm and 82cm at 200mm, with a maximum magnification of 0.3x. Sony says it’s the lightest in class, at 1045g. It is compatible with Sony’s 1.4x and 2.0x teleconverters as well as being dust- and moisture-resistant. Autofocusing is via four XD (Extreme Dynamic) linear motors, which Sony claims operate up to four times faster than the older model and supports focus tracking while zooming.

The new 70-200mm includes an aperture ring and focus distance limiter switch. It accepts 77 and comes with a lens hood which allows for easy operation of circular polarising filters or variable ND filters.

Tamron unveils three zooms for Sony, one for Fujifilm

The Tamron 35-150mm f2-2.8 has an RRP of $2999, and is described as a ‘travel zoom’ due to covering focal lengths from wide-angle through to telephoto. The optical design features four LD (low dispersion) and three GM (Glass Molded Aspherical) lens elements for desireable optical performance across the zoom range.

The autofocus uses a VXD (Voice-coil eXtreme-torque Drive) focus motor that is, according to the press release, high speed and high precision.

Other features include:
– Minimum Object Distance of 0.33m at the wide end;
– Moisture-resistant construction, with fluorine coating;
weighs 1165 grams.

The Tamron 28-75mm f2.8 has an RRP of $1599, and is a new model that incorporates the VXD focus motor which is apparently faster and smoother.

The optical construction has also been re-configured to have 17 elements in 15 groups. This includes two LD and a GM lens element, with optical aberrations under control ‘to the maximum degree possible’.

Other features include:
– Minimum Object Distance of 0.18m at the wide end;
– Body has improved surface grip;
– weighs 540 grams.

It’s the first Tamron lens for Fujifilm, and was given the ‘development announcement’ treatment back in July. It, too, has a VXD motor and Tamron in-built ‘VC’ (Vibration Compensation) image stabilisation.

Brands Australia has announced the 1Shot Retro 35mm reusable camera is now available to order with an RRP of $69.95. The camera features a 31mm f9/11 single element lens, with settings locked at focus free and 1/120 shutter speed. It takes a AAA battery.